Lizzo made customers turn their heads in surprise as she stepped into Target to buy her alternate cover album this week.

The singer, 34, casually strolled inside the store to pick up a vinyl copy of Special, which was recently released on July 15.

The special cover exudes a glamorous, disco vibe with the star posing in a black bodysuit and very tall platform heels. 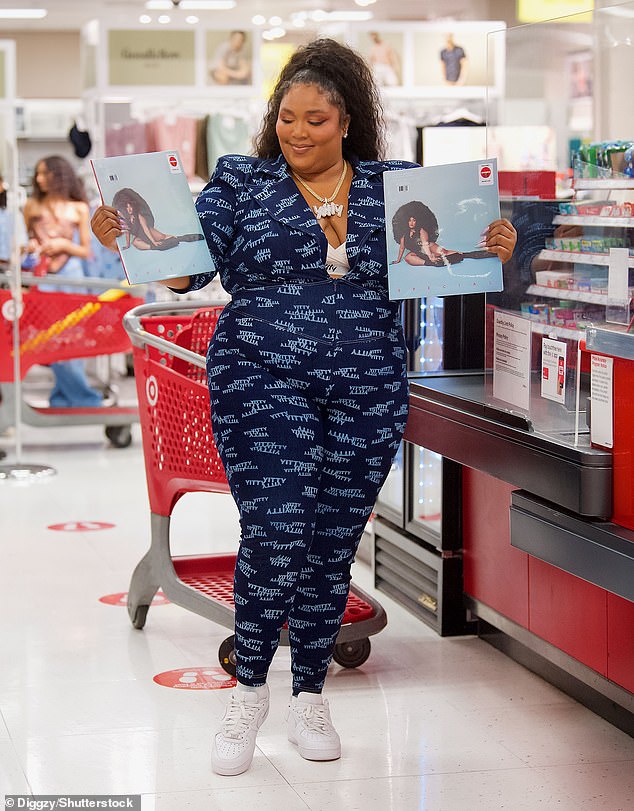 Happy purchase: Lizzo, 34, surprised Target customers by making a quick stop at the store to buy an alternate cover of her Special album

The Truth Hurts singer donned a blue pantsuit with the logo, Yitty, printed from top to bottom.

Lizzo, whose real name is Melissa Jefferson, launched her Yitty brand earlier this year in April, and sells a variety of clothing, from shapewear to dresses.

The collared, zip-up pantsuit had a deep, V-cut and the singer added a white sports bra underneath, also from her brand.

She held two vinyl copies of her latest album with pride as she waited at the check out counter. 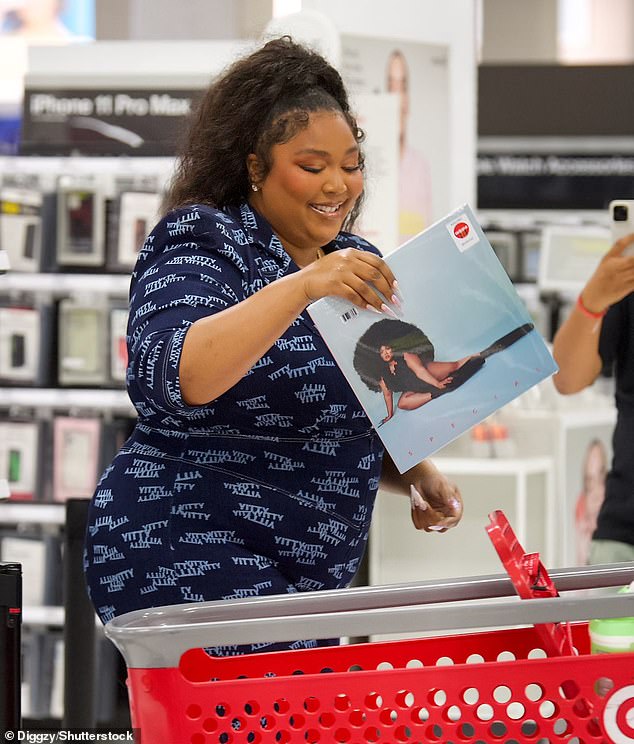 Special: The regular album for Special is in black and white, however, the Target alternate cover is full of color

The songwriter slipped into comfortable white Nike sneakers for her outing in West Hollywood.

The Juice hitmaker accessorized her look with a gold chained necklace with a Yitty logo embellishment. She also added a pair of small earrings to add a final touch to her overall look for her day of errands.

Her makeup was classic, with a bit of eyeshadow to help make the color of her eyes pop, along with a nude, glossy lipstick.

Lizzo pulled back her hair into a stylish, sleek ponytail which she could be seen flipping in excitement in the store. 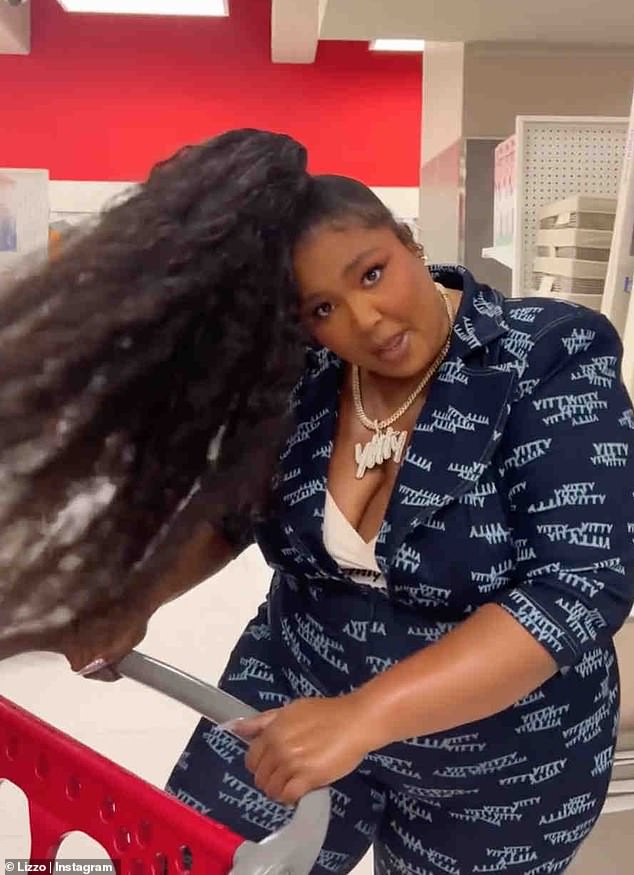 Feelin’ the excitement: At one point during her shopping excursion, Lizzo was seen doing a fun hair flip with her ponytail 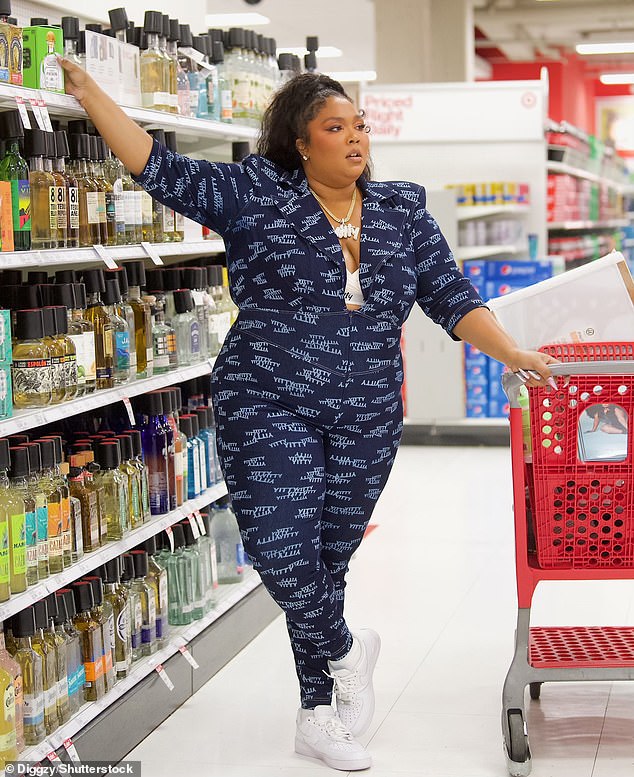 Shopping list: The singer took a turn down the alcohol aisle to add a celebratory Patron bottle into her cart

During her small shopping excursion, Lizzo made a swerve down the alcohol aisle, and added a bottle of Patron into her Target cart to properly celebrate her album later on in the day.

While discussing Special with Zane Lowe, the star talked about the process of creating the album and how she felt now that it was finished.

‘I’m just proud of how patient I was with myself and with my art, and that I took the time to write the songs that need to come out,’ she explained during the podcast.

She also mentioned that there were a number of additional songs that did not make it onto her newest album, stating that the overall theme of Special was, ‘love.’

‘I think everything I have done prior to Special was in pursuit of love,’ Lizzo explained. ‘And now Special is almost a celebration of who I am.’ 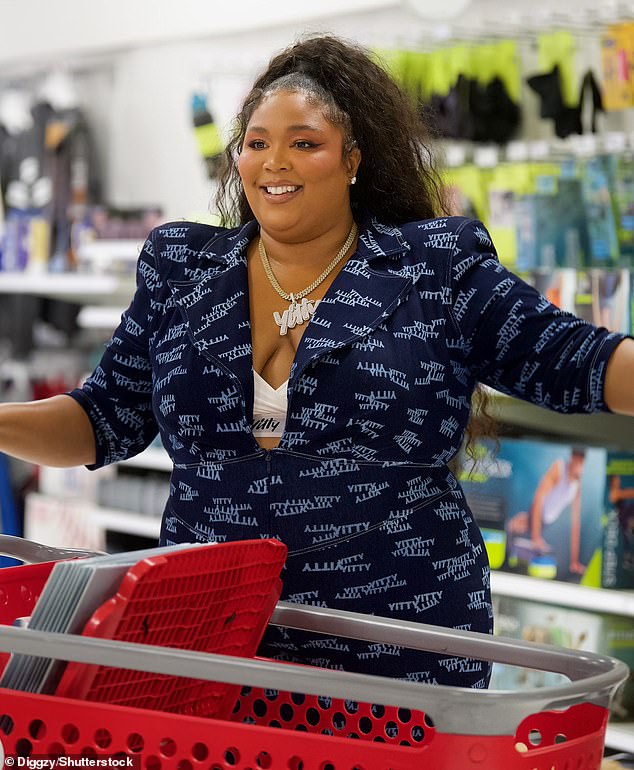 Big smile: The performer and songwriter was seen carrying a thrilled smile on her face as she purchased a few copies of her latest album at Target 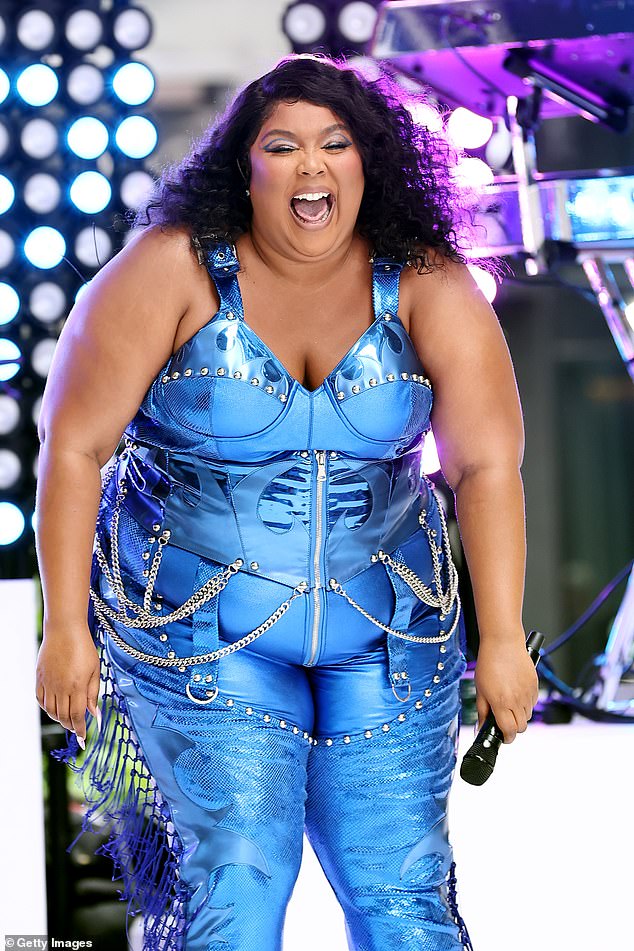 Fashionable: Lizzo was spotted wearing a vibrant blue ensemble while she performed on the Today show earlier in July

Target’s alternate cover is colorized with the award-winning singer in a seated pose, wearing a one-piece bodysuit and black platform boots. A blue backdrop is behind her.

‘Music has been therapy for me for a long time,’ she stated during The Zane Lowe Interview Series podcast. ‘When you listen to my songs, you hear in almost chronological order, like, my life.’

The star has had a busy schedule and recently revealed on her Instagram story that she will holding a performance called, Lizzo: The Special Tour, at the beginning of October on the 2nd and 3rd at Madison Square Garden. 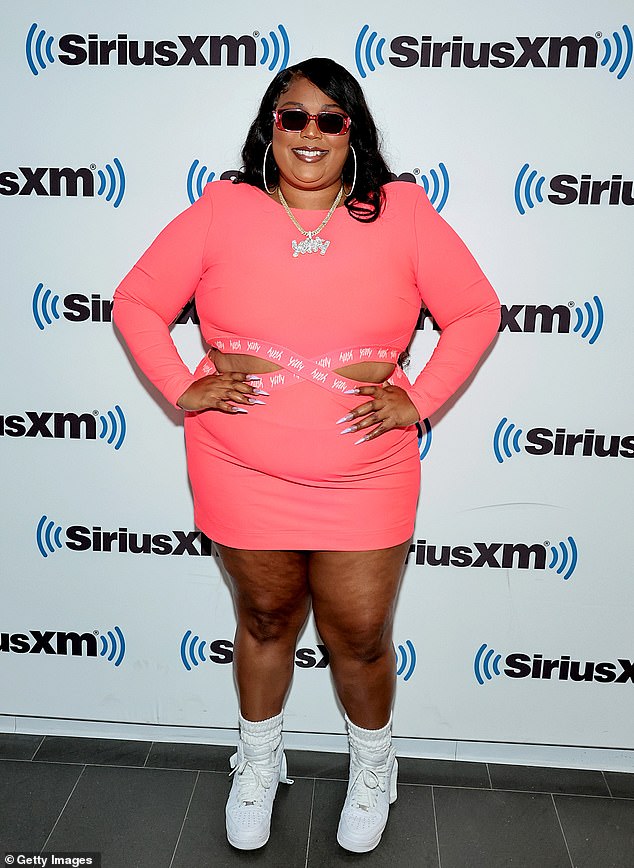 Promoting new album: Lizzo wore a pink, cut-out dress from her Yitty brand while she went to SiriusXM Studios to talk about Special 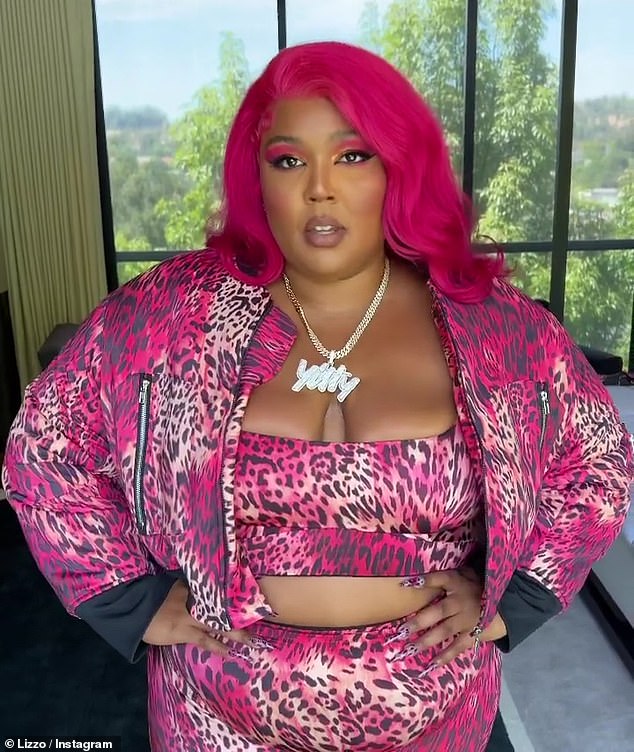 Beautiful: The Grammy award-winning singer shared a post on her Instagram showing off an all pink look from her brand, Yitty