By Jake Ryan Home Affairs Correspondent For The Mail On Sunday

Home Secretary Priti Patel praised the National Crime Agency last night after more than a dozen suspected people smugglers were arrested over the deaths of 27 migrants in the Channel.

The victims drowned in November when their boat sank off the coast of Calais as they attempted to cross to Britain.

It was believed to be the deadliest incident in the Channel since records began to be collected almost a decade ago. 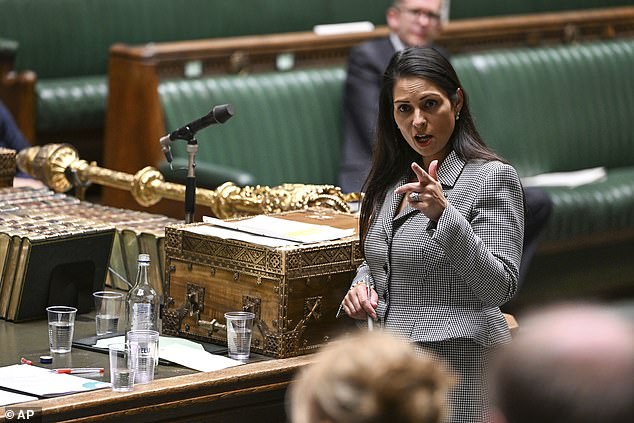 Sixteen of the dead were Kurds from Iraq while four were Afghan men. There were also three Ethiopians, a Somali woman, an Iranian and an Egyptian man.

Now French immigration investigators, assisted by NCA officers in the UK and abroad, have arrested 15 people across France last week in connection with the deaths. Among those detained were nationals from Afghanistan, Pakistan, Iraq and France.

It follows another five arrests shortly after the incident.

Those arrested are suspected of being part of a network of middlemen who organised places on the boat for a number of those who died. They will all now be subject to French judicial proceedings.

Ms Patel said: ‘My thoughts continue to be with the families of all of those who tragically lost their lives in this horrific incident. 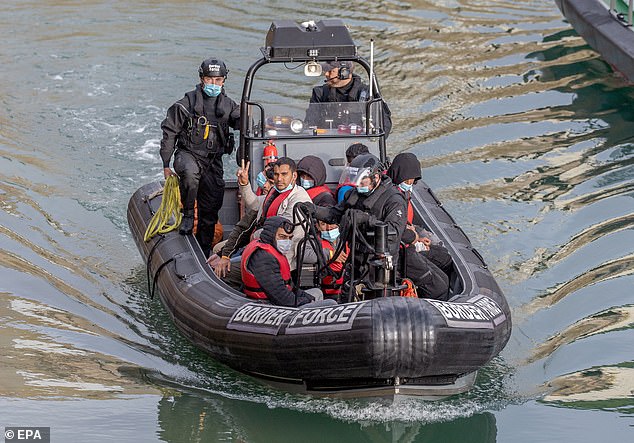 Victims on the boat included a child aged seven, 17 men aged under 26, seven women between the ages of 22 and 46 as well as a 16-year-old

‘The NCA and other agencies across the UK and France will continue their tireless work to deliver justice for the victims and their families by identifying those responsible and ensuring they feel the full force of the law.

‘By working together – and through the tough new domestic measures we have just brought into law – we will crack down on the evil people smugglers in our efforts to prevent any more loss of life.’

Andrea Wilson, NCA deputy director of organised immigration crime, said: ‘The events of last November were a tragedy, but in that time our resolve to bring those responsible for these deaths to justice has not diminished.

‘We have worked closely with our French partners to identify those who we suspect were involved.

‘It is also assisted by Border Force and Maritime and Coast Guard Agency in the UK.

‘Many of those involved in organising these dangerous crossings operate outside the UK, so it is vital we work closely with law enforcement partners in France and beyond to target them.’