Barcelona forward Luis Suarez has reportedly passed the examination he took Thursday in Perugia, taking him closer to a passport and a transfer to Italian Juventus.

The Uruguayan international needs an Italian passport to complete the move because Juventus have already filled their quota of non-EU players coming in from outside Serie A after signing Weston McKennie from Schalke 04. 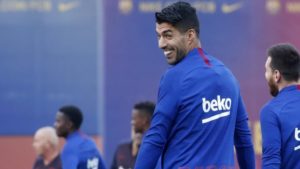 He is eligible for the passport because his wife has Italian ancestors but first needs to pass the B1 Italian language test.

According to La Gazzeta Dello Sport and news agency Ansa, Suarez sat and passed the test today in Perugia.

It took about an hour, involving both written and oral tests and he emerged holding a tube containing his diploma.