Ten people died on Friday at Travis Scott’s music festival in Houston, Texas, with the victims ranging in age from 9 to 27. 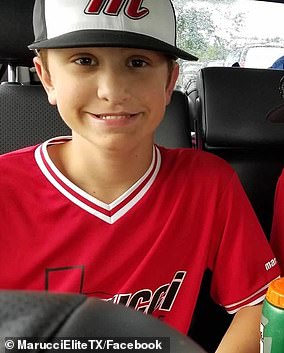 John Hilgert, of Hunters Creek Village, was identified as one of the concert fatalities on Saturday by officials at Memorial High School, where he was a freshman student.

Henrdix’s mother, Tracy Faulkner, bought her son’s ticket for his birthday and ‘ultimately regrets the decision’.

‘Everything about that night was a tragedy,’ Faulkner told the Houston Chronicle. ‘They were both in the same place at the same time and one came home and one we will never see.’

She said Hilgret and Hendrix had known each other for years and played football together.

‘John was a good student and athlete and so polite. He was the sweetest and smartest young man,’ she shared. 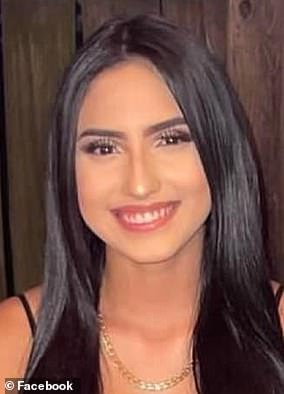 Brianna Rodriguez was a dancer and junior in high school. On Saturday her family confirmed that she was one of the eight victims who died.

A GoFundMe account set up by her family described her as a ‘beautiful vibrant 16-year-old’.

‘Dancing was her passion and now she’s dancing her way to heaven’s pearly gates.’

Jacob Jurinek attended the concert with his best friend Franco Patino when both were trampled to death. The pair grew up in the same Illinois town of Naperville.

A friend, going by the name Ana Lissa Marie, was distraught at the death of Jurinek, who was studying art and media at Southern Illinois University, and had traveled to Houston with Patino to celebrate Jurinek’s birthday.

‘I lost all my respect for Travis Scott,’ she tweeted.

‘What happened was absolutely disgusting. RIP to all the ones that lost their lives. To Jacob Jurinek, you will be missed kid. thank you for all the laughs.

‘My condolences go to all the families that lost lives.’ 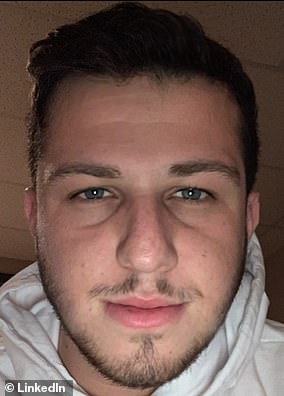 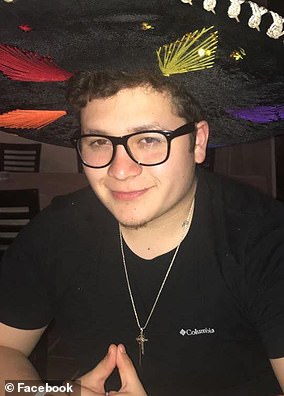 Other victims included University of Dayton student Franco Patino (right), 21, who was attending the event with his best friend, 20-year-old Jacob Jurinek, when both were trampled to death

The University of Dayton confirmed to DailyMail.com that student Franco Patino of Naperville, Illinois, attended the concert in Houston on Friday.

The mechanical engineering technology major was involved in several campus extracurriculars and had most recently been working in a co-op program in Mason, Ohio.

University president Eric F Spina extended his sympathy and prayers to Patino’s loved ones and the campus community.

‘It is with a very heavy heart, Alpha Psi Lambda National, Inc shares that our brother, Franco ‘Cuauhocelotl’ Patino, has passed on to Omega Chapter,’ the organization wrote on Facebook.

‘We extend our condolences to his family, friends, Alpha Nu Chapter and all that share in this loss. May his memory be eternal.’ 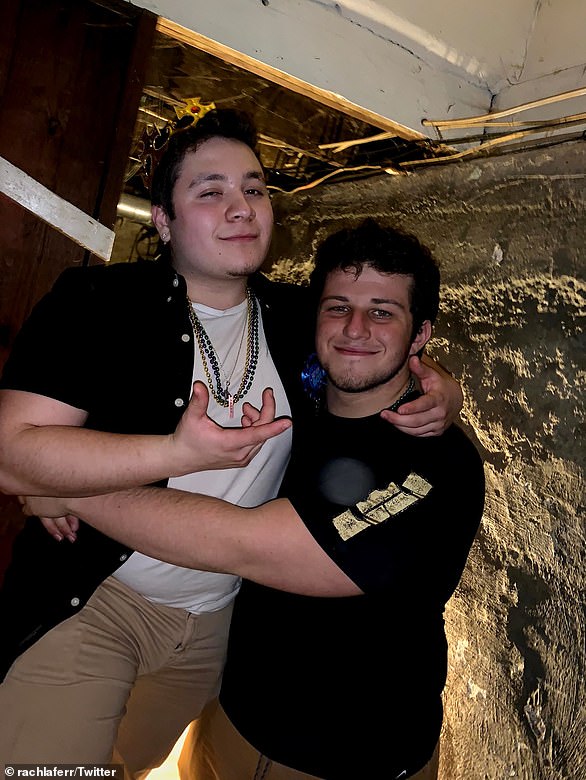 Edgar Acosta on Monday held a press conference with Texas attorney Tony Buzbee to announce he was suing over the death of his son Axel Acosta, who had traveled from Washington to attend the festival – his first concert. 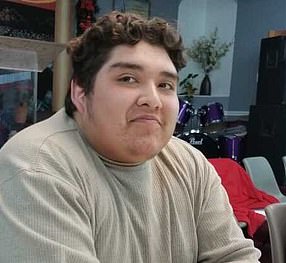 ‘They need to make things change in these type of events,’ he said.

‘Today it was me. I lost my son. It could’ve been you,’ Acosta said.

‘When you send your kid to have some fun, because somebody else is not providing the right… I don’t know I can explain. The right security.

‘Because it is not the first time that he has been in big events, right?

Peña, from Laredo, Texas, died of cardiac arrest after being injured at the show.

He was a medical assistant and criminal justice major with aspirations to become a model and dreamed of one day being a US Border Patrol agent.

‘What happened this past weekend is a direct result of what happens when the pursuit of financial gain and fame take precedence over protecting the lives of the innocent,’ said Almaraz Law Firm, representing the Peñas, in a statement.

‘It is a testament to the current state of live events and the greed that runs rampant in this industry.

‘Nobody should feel unsafe enjoying something they love, and unfortunately this is exactly what has transpired.

‘We vow to work diligently and responsibly to bring justice to the Peña family and to all afflicted, and we will not rest until these voices have been heard loud and clear.

‘We will hold responsible parties accountable and fight to ensure that something positive comes of this unmitigated disaster. Something must change. Something will change.’ 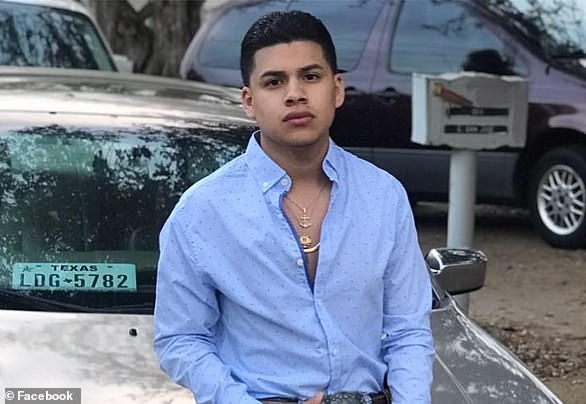 Madison Dubiski of Cypress, Texas, was the eighth and final victim to be identified on Monday.

The former Ole Miss student was yanked from her brother Ty, who tried to pull her to safety, in the surge and disappeared in the crowd.

Dubiski studied at the University of Mississippi between 2016 and 2017 and worked in advertising and marketing. She went to Cy-Fair High School, where she was a Varsity cheerleader and member of National Charity League, a community service organization for mothers and their daughters in middle and high school.

Friends said that her mother Michelle was her best friend and that she was very close with Ty, who graduated from Cy-Fair in 2019. 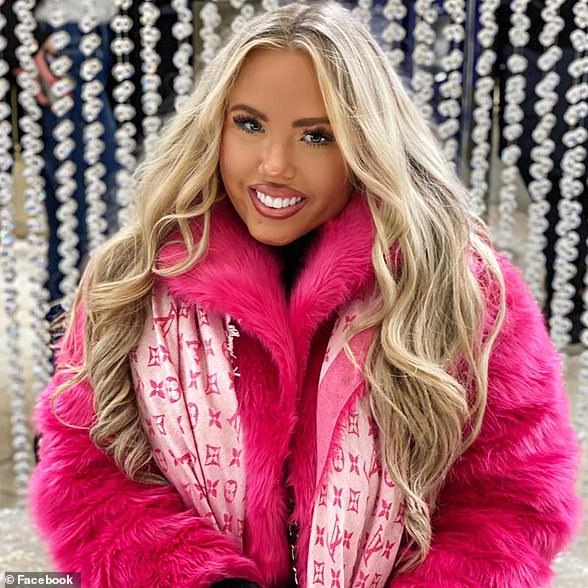 ‘My brother was killed in this horrendous event that was managed poorly and supervised by such horrible people,’ Baig wrote.

‘People were trampled, walked and stomped on. My brother tried to save my sister-in-law from these horrendous acts that were being done to her in the process he lost his life.’

Baig described Danish as a beautiful soul who put everyone before himself.

‘Last night he showed his courageous act to save my sister-in-law from those horrendous things that were being done. I am lost of words and in true trauma from this event,’ he added.

‘I was there and I wasn’t able to save my brother. People were hitting pushing and shoving and did not care for anyone’s life.’

Baig also accused the rapper of provoking the chaos by ‘calling people to the stage to jump into the crowd’ and for ‘not stopping the show’.

‘This is not the end,’ Baig warned. ‘My family and I will go to the full extent to make sure he is brought to justice.’ 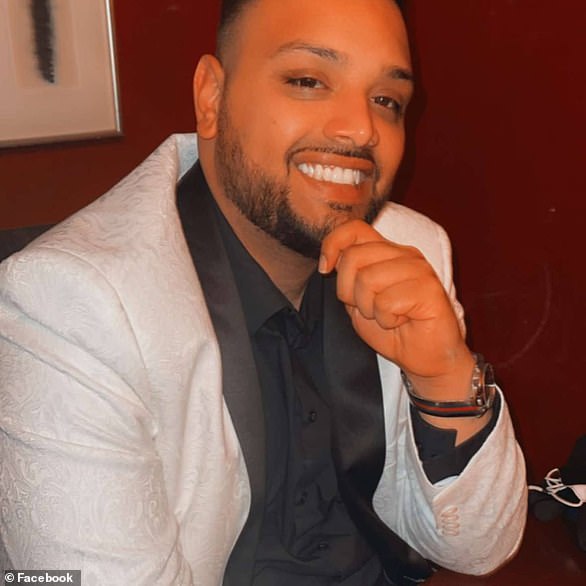 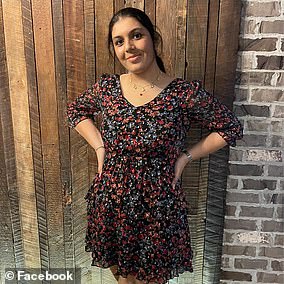 Bharti Shahani, a senior at Texas A&M, died from injuries sustained at Astroworld

Shahani, a Texas A&M senior, was critically injured at Astroworld and was on a ventilator at Houston Methodist Hospital, where she was taken after the concert.

She was declared brain dead and was taken off the ventilator shortly thereafter. She was the ninth person to die from the crowd surge.

It was the first festival Shahani had ever attended, her family said.

Her family’s attorney, James Lassitier, said: ‘Bharti was a shining star in the community.’

‘She was a sister, a daughter, a high-achieving college student about to graduate from Texas A&M University with high, high grades.’

Blount was the tenth – and youngest – person to die from injuries sustained at Astroworld Festival.

He had been trampled at the concert, placed in a medically induced coma and was on life support for a week before he succumbed to his injuries.

The young boy had spent the concert seated on the shoulders of his father, Treston Blount.

Treston passed out from lack of oxygen and, once we regained consciousness, was unable to locate his son.

By the time the father-son pair were reuntied, Blount had suffered  swelling in his brain as well as ‘trauma in nearly all organs.’ 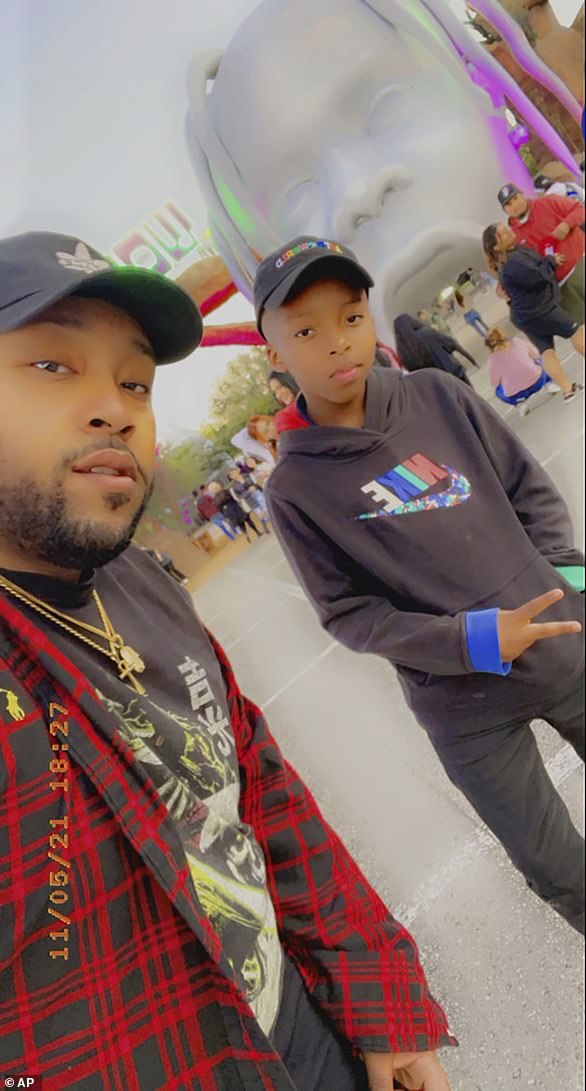 Ezra Blount (right) and his father, Treston Blount (left), are pictured at Astroworld