A perverted child killer responsible for one of Australia’s most notorious abductions has been arrested for breaching the strict orders imposed on his release.

Michael Guider has been living in a secret location after moving out of a jail-run halfway house, and his whereabouts are not even known to his victims.

The 71-year-old, who kidnapped and killed Sydney schoolgirl Samantha Knight in 1986 and preyed upon other children across two decades, was let out of jail three years ago.

He was arrested on Thursday morning for breaching conditions relating to his five-year extended supervision order.

The Daily Telegraph reported that during a routine check on an address at Fairfield Heights in Sydney’s south-west police discovered he had allegedly been looking up material on his phone in contravention of those conditions.

A NSW Police spokeswoman said guider had been arrested about 8.10am by officers from the Child Abuse and Sex Crimes Squad’s Extended Supervision Order Investigation Team.

He appeared in Fairfield Local Court charged with two counts of failing to comply with an extended supervision order and did not apply for bail. He will be back in the same court on October 10.

For the first six months of his freedom, Guider was holed-up in a secure facility attached to the Long Bay prison complex along with other offenders too problematic to return to society.

But in March 2020 the loathed paedophile was quietly moved out of the Nunyara Community Offender Support Program centre at Malabar and placed in new permanent accommodation. 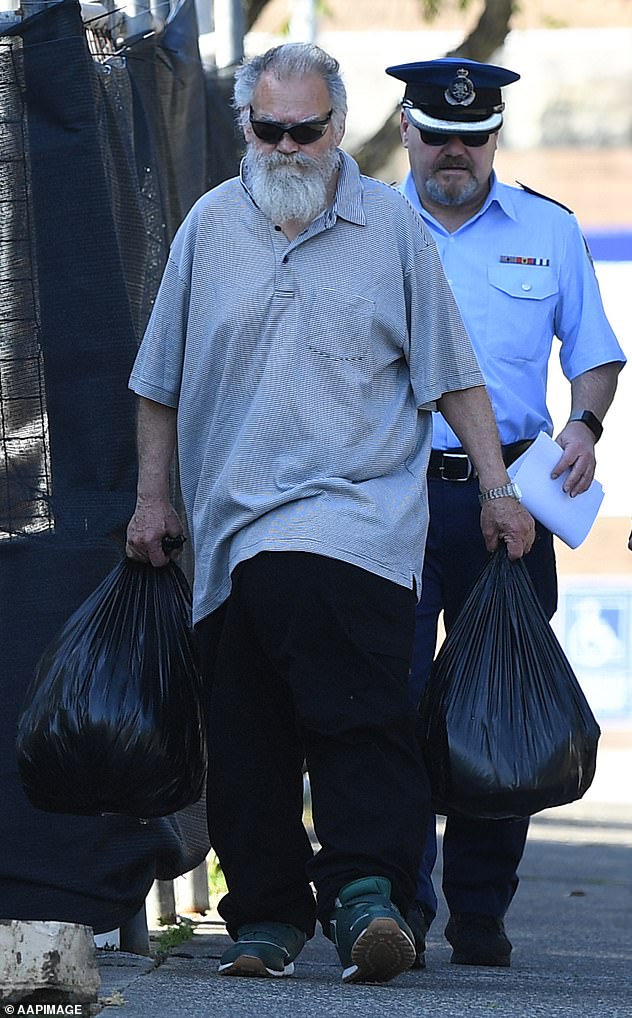 Michael Guider was arrested on Thursday morning for breaching conditions relating to his five-year extended supervision order. Those how know the paedophile say he will have changed his appearance since leaving leaving Long Bay jail in September 2019 (pictured) 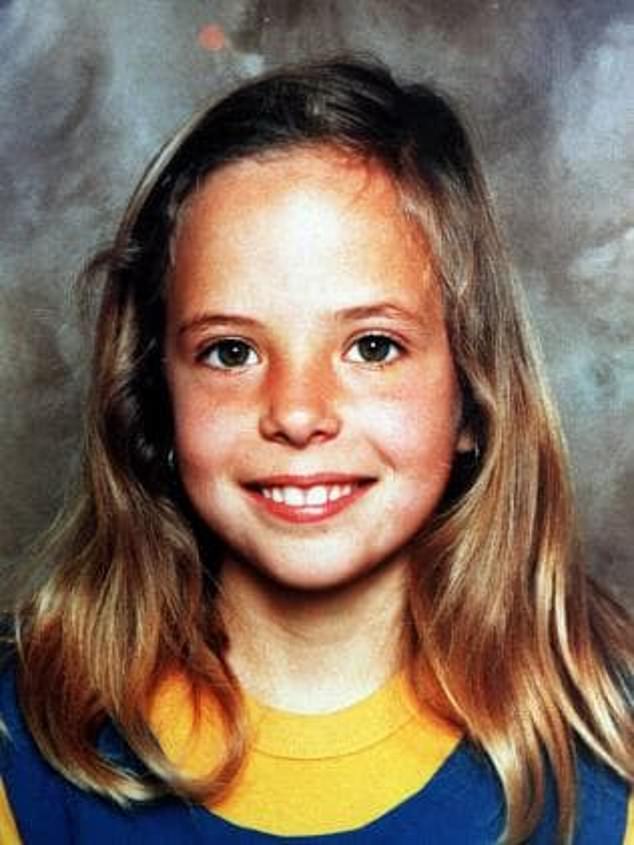 Michael Guider kidnapped, drugged and killed nine-year-old school girl Samantha Knight in 1986. She was snatched from near her home at Bondi and her remains have never been found

That angered and frustrated some of Guider’s surviving victims, who said at the time authorities had refused to reveal where their tormentor was now living.

Guider’s younger brother Tim has previously warned his sibling would have used his time in Nunyara preparing himself to commit sex crimes on prepubescent girls again.

After his initial release Guider refused to receive letters, phone calls or visits from anyone, including Tim.

‘His minders have said to me he doesn’t want contact with anybody from the outside world,’ Tim said in 2019.

‘He’s trying to keep his secrets basically. He doesn’t want anyone to know where he is or what he’s doing.’

Tim predicted Guider would have altered his appearance before he left Nunyara, including removing the long grey beard he grew in 2019. 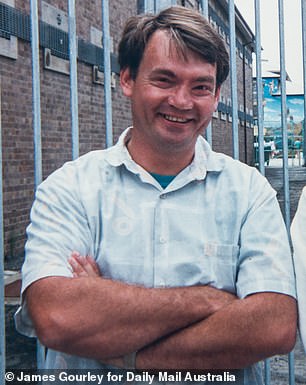 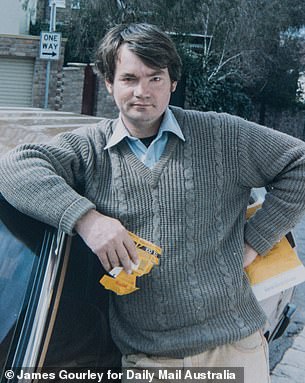 Michael Guider is pictured left on Christmas Day, 1986, four months after he killed Samantha. He is pictured right clutching a Kodak film packet and developed photographs in 1984, the year he began molesting Samantha 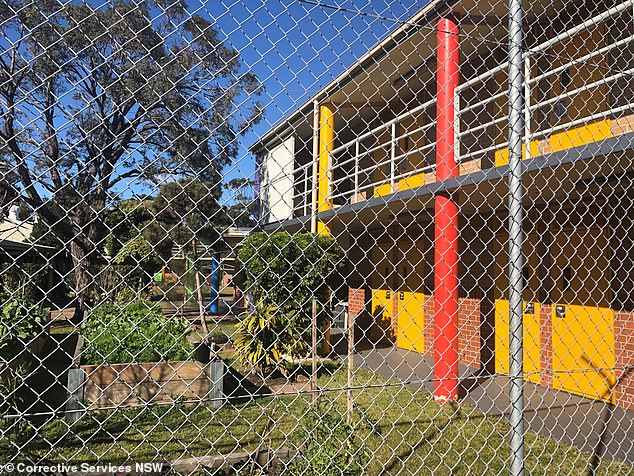 ‘He grew a kind of a bikie beard, so he could walk out looking mean,’ Tim said. ‘That’ll go and then people won’t recognise him.’

‘He’s going to make himself look like Mr Average. They don’t want people to recognise him in the community because people will want to kill him.’

Tim said his brother would do whatever was necessary ‘so that he can operate again as a paedophile.’

‘He is worse than he was 20 years ago, not better,’ Tim said. ‘Imagine what lengths he’ll go to now.’

When Guider was filmed leaving prison his most distinctive features were the beard and a basketball-size hernia hanging from underneath his shirt which caused him to waddle when he walked.

It was unclear whether Guider had undergone a procedure to have that unsightly growth removed before he left Nunyara and returned to the community.

Under the terms of his release Guider must seek permission to ‘significantly’ change his appearance but his brother said the public would not be alerted if he did. 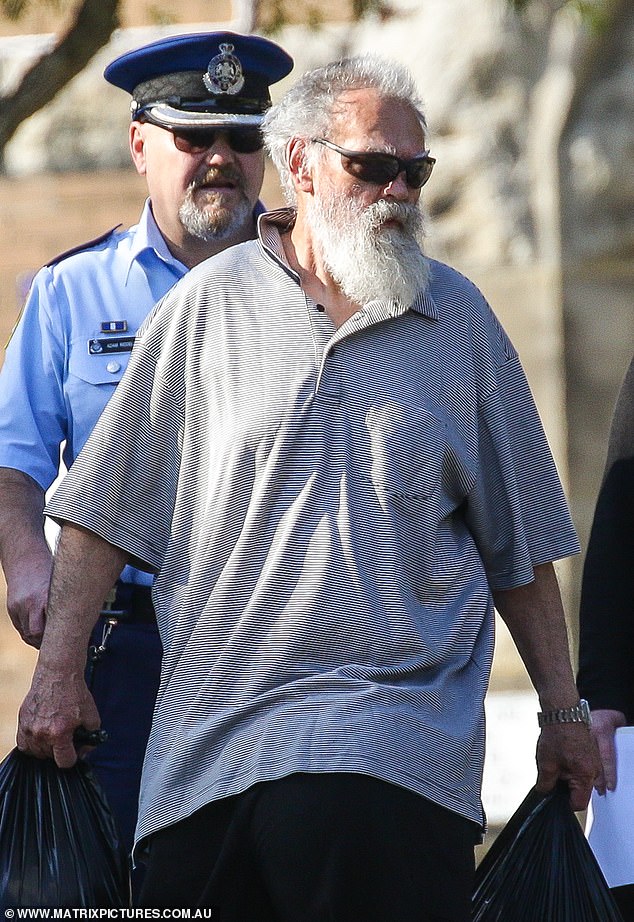 Guider was held at Nunyara with other former inmates for whom it is hard to locate a suitable new home. Finding a permanent home for a serial child molester such as Guider can be harder than placing a murderer in accommodation. He is pictured leaving prison in September 2019

‘He could shave his beard off and say, “Whoops!” What are they gonna say?’ Tim said. ‘He could shave the whole thing off and there’s nothing they can do about it.’

Guider was let go from the Metropolitan Special Programs Centre at Long Bay on September 5, 2019, after serving 17 years for killing Samantha and a total of 23 years in prison.

Samantha’s body has never been found and Guider has shown no remorse for her manslaughter, which he once claimed was accidental and most recently said he had not committed.

Guider had previously been jailed for sexually assaulting 13 children from 1980 to 1996. Police are aware of other victims still too traumatised to come forward.

His brother believed Michael would find a way to return to his old ways once he was back in the community. 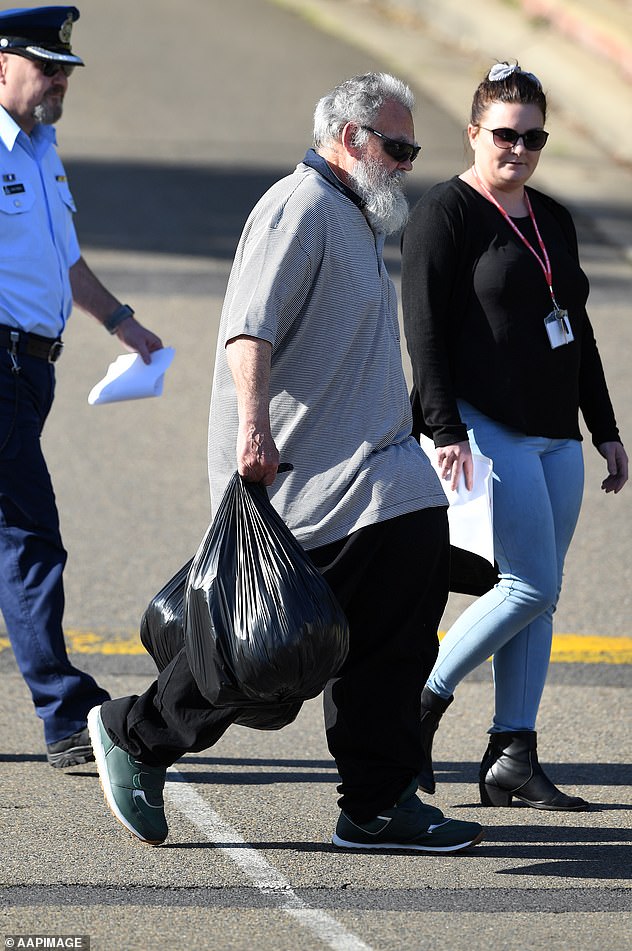 A Corrective Services NSW spokeswoman said Guider was only allowed to leave Nunyara when escorted by staff to essential appointments. In the meantime he would be helped into adapting to life outside prison, where Guider spent the 23 consecutive years

‘But he won’t be limping around or hunched over or looking surly. He’ll just walk around normally and he’ll talk to people. He’s a friendly, outgoing sort of guy.

‘He’ll start to look for victims because honestly he can’t help himself.’

Tim believed his brother would remain a danger whilever he refused to reveal the extent of his offending, including what he did with Samantha’s body and how she was killed.

‘He’s still a paedophile,’ Tim said. ‘He’s not rehabilitated at all – not one little bit – and he won’t be until he fesses up and gets it out.’

Tim spoke in 2019 with the management team responsible for his brother and was told they could provide no information about his circumstances after leaving prison.

Guider has no other family and his brother said there was no one else from his past likely to contact him. ‘Everybody’s offside with him,’ Tim said.

‘He’s going to be completely on his own now, a complete loner. And everyone will be out for him.’

Finding a permanent home for a sex monster who drugged and molested perhaps dozens of children in the 1980s and 1990s and was still considered a high risk of re-offending proved difficult.

Long-term prisoners such as Guider end up at Nunyara, a ‘non-custodial community-based service’, because they have nowhere else to go after being released.

That could be due to a lack of family and other support networks or even simply because of a short supply of boarding house rooms.

Recently released child sex offenders are considered even harder to place in outside accommodation than killers. 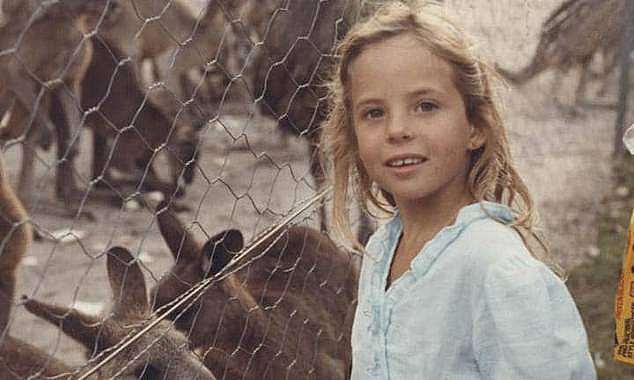 A pariah such as Guider would also attract media attention which was unwanted by the residents and operators of even church or charity-run housing.

At least when Guider was housed at Nunyara the community knew where he was staying.

While some of Guider’s fellow boarders could leave Nunyara during daylight hours, he was confined to the centre until suitable accommodation was found for him.

Guider’s freedom is subject to 56 strict court-imposed conditions overseen by a Corrective Services department supervising officer (DSO) for the next five years.

His current address – and any address thereafter for the next four years – must be approved by his DSO and he must abide by a 10pm to 6am curfew.

No other person can enter and remain, or stay overnight, at his approved address without being cleared.

Guider must wear an electronic monitoring device and provide a weekly plan called a ‘schedule of movements’ three days before it is due to start.

He cannot go to any of the following places without approval: day care centres, pre-schools and schools, amusement parlours, amusement parks and theme parks, cinemas, libraries and museums.

He cannot enter camping grounds and caravan parks, children’s playgrounds, parks and any areas with play equipment provided for children.

He cannot go to pools, playing fields and sporting facilities, concerts, theatre shows, movies, events and activities intended for the entertainment of children.

And he cannot visit any residence where he knows that someone aged under 18 ordinarily lives.

Guider must not possess or use alcohol or illegal drugs and submit to testing for both. 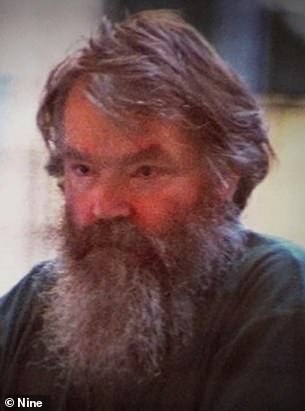 He cannot enter any licensed premises including hotels, bars and clubs – but excluding cafes and restaurants – without approval.

Guider must not approach or have contact with anyone he knows or ‘reasonably should know’ is under 18, other than ‘incidental contact in a public place’ unless he is in the company of an approved person.

His supervisor can notify anyone Guider associates with who has children in their care of his criminal history and can stop him from seeing anyone he or she tells him not to.

If Guider wants to see a sex worker that can only be done with the approval of the supervisor, who also must be told if he starts a romantic relationship.

He will need permission to join any club or organisation and any social media network.

He cannot change his name from Michael Anthony Guider – which Daily Mail Australia has previously revealed might not even be his real name – without approval.

Samantha Knight’s 1986 disappearance from near her mother’s home at Bondi in Sydney’s eastern suburbs remained a mystery for 15 years.

Michael Guider has never publicly expressed any remorse for killing the schoolgirl and her body has never been found.

She was one of perhaps dozens of children aged two to 16 who Guider molested over many years. His usual method of offending was to drug then molest pre-pubescent girls.

Guider first molested Samantha when she was living with her mother Tess at Manly in 1984 and 1985.

He snatched Samantha from near her home in Imperial Avenue, Bondi, after school on August 19, 1986.

The honey-blonde, green-eyed girl had been seen that afternoon walking the streets in her uniform. Within days Sydney was plastered with ‘Find our Sam’ posters which described her as intelligent, outgoing and well-spoken.

Guider later claimed he had drugged Samantha with the sleeping pill Normison and she died of an overdose on his lounge while he went out to the shops.

He has since claimed he had nothing to do with her death.

Many of Guider’s victims were the daughters of mothers he had befriended and he sexually assaulted them during babysitting sessions.

Guider played a ‘game’ called statues with some victims in which he ordered them to stand still while he exposed himself and touched their genitals.

He took thousands of images of the children he violated while they were unconscious. Some of his victims have not been identified.

In 1996 Guider was sentenced to a minimum ten years and six months for 60 offences committed against 11 children between 1980 and 1986.

Four years later he was convicted of further sex offences against children but his release date was extended by only six months.

While in custody he was linked to Samantha Knight’s disappearance.

Guider was charged with Samantha’s murder in February 2001 but pleaded guilty to manslaughter under the weight of damning evidence including a confession to his brother Tim.

He was sentenced to  17 years with a non-parole period of 12 years to date from June 2002. The maximum sentence expired last year.

Efforts to keep Guider in custody beyond his original sentence failed and he was released on an extended supervision order which will last for five years.