An 11-year-old girl who was on life support for four days after she was in an ATV hit-and-run crash, which killed her best friend, has died.

Christina ‘Tina’ Bird was celebrating the Fourth of July weekend with her best friend Jacob Martinez, 12, at a camp ground in Apple Valley, California.

The pair were riding on the same ATV at the camp ground on July 2 when another ATV crashed into them, completely destroying the vehicle and killing Jacob, according to KTLA.

Christina was transported to hospital with multiple broken bones and a severed spinal cord. She was pronouced dead at 8.50am at Loma Linda University Medical Center, her uncle Ernie Nunez said on Facebook.

On the GoFundMe page set up for Christina’s mother, Felica Nunez, he wrote: ‘The doctors did their final tests today to see if there is any life in Tina. The results were negative.

‘Tina has grown her pair of wings to join her Grandma and Grandpa in Heaven where she is pain free.’ 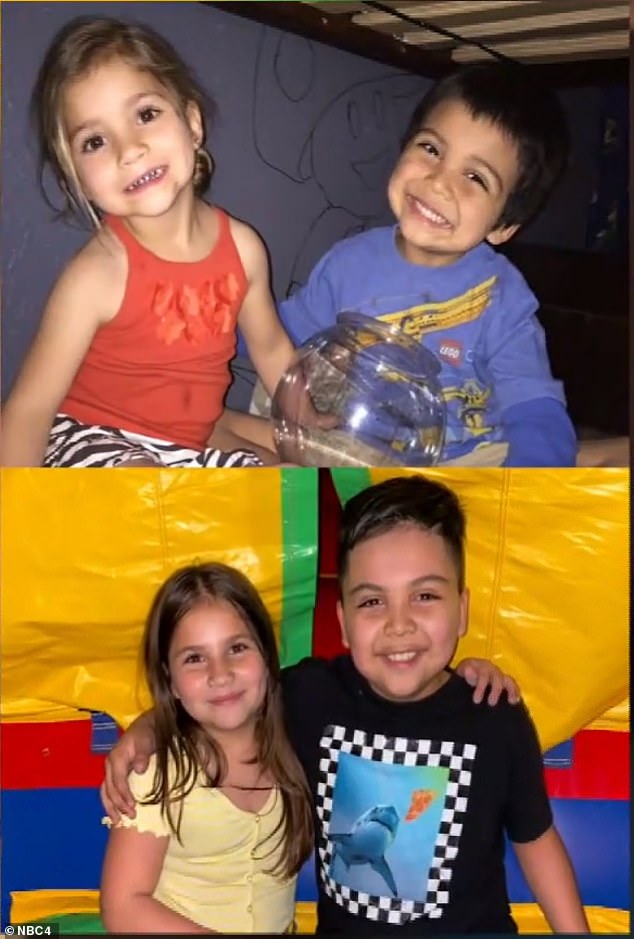 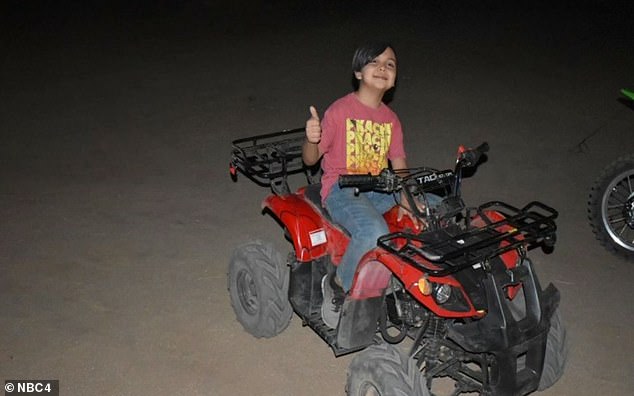 Pictured: Jacob on an ATV that he drove with Christina before the deadly crash on July 2 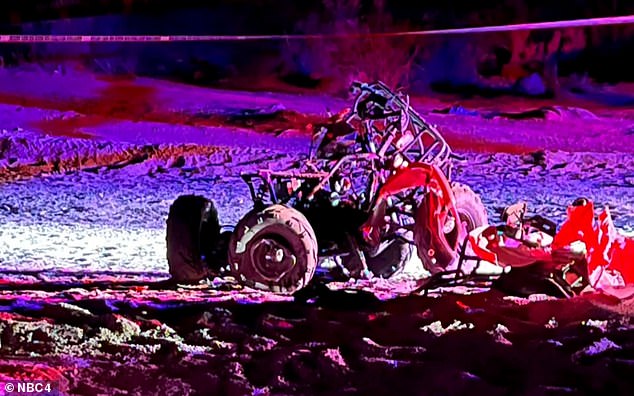 Family and first responders found the children’s ATV destroyed. Jacob died at the scene, and Christina was put on life support. She died on Wednesday after being taken off life support 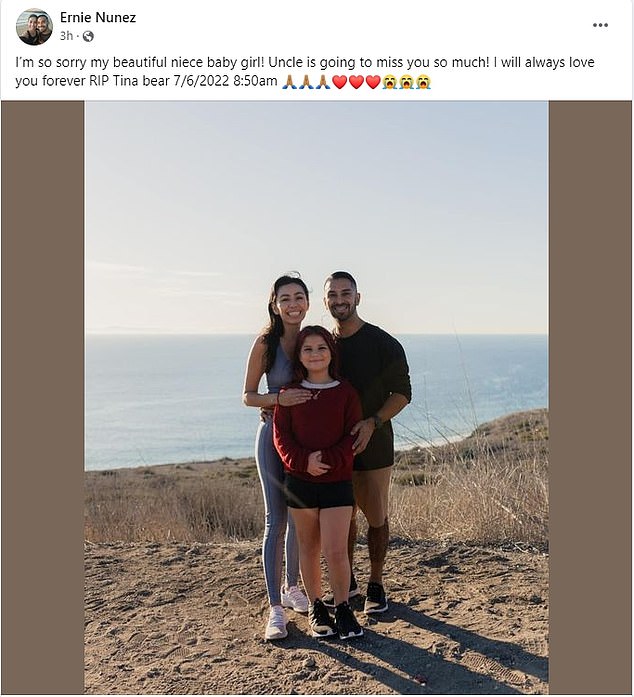 Ernie Nunez, Christina’s uncles, shared the heartbreaking new of his niece’s death on Facebook on Wednesday. Nunez (right) is pictured with Christina (center) and his fiancé

Family members said Christina and Jacob were near their families’ camp site when they rode the ATV around 9pm and were struck by another ATV rider.

Daisy Montano, Jacob’s aunt, sobbed as she told KTLA the horror her family and first responders encountered when they arrived at the scene of the crash.

‘We were told that the first person that tried to perform CPR to my nephew turned him around, but the only part that turned was his top half of his body because he was so broken, so we knew immediately that he was dead,’ Montano said.

‘And my brother was weeping on the ground to please help his son come back to life.’

While Jacob was declared dead at the scene, Christina was transported to the hospital with multiple broken bones and a severed spinal cord, Felica said.

Despite the brutal injuries, family members held on to hope that the 11-year-old could somehow recover, but doctors delivered the devastating news four days later.

‘My daughter was 11 years old. She was loved by many people,’ Felica told KTLA 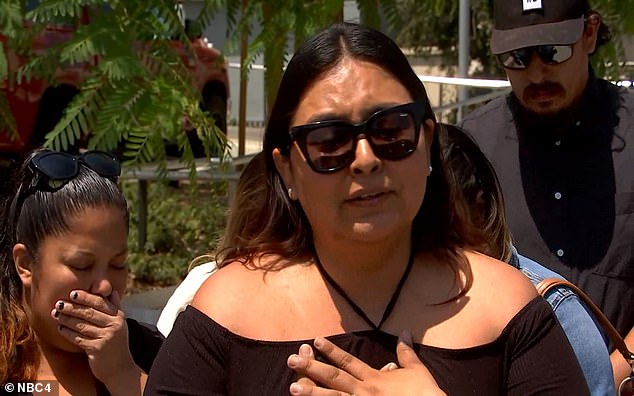 Daisy Montano (above), Jacob’s aunt, sobbed as she recounted the horror her family and first responders encountered when they arrived at the scene of the crash 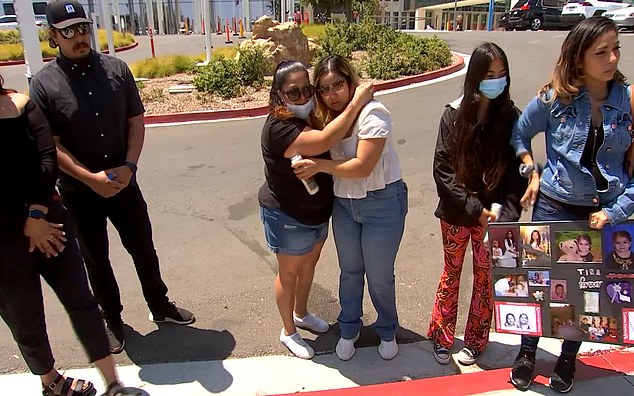 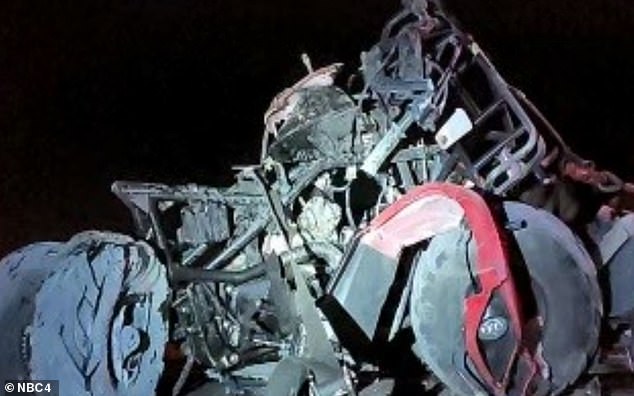 Pictured: The destroyed ATV the children were riding on following the horrific crash

The California Highway Patrol is investigating the incident and are looking for a bright orange 2021 RZR Turbo S or Turbo S4 ATV that they suspect was used by the driver who fled the scene.

The family of the victims have condemned the driver, calling them a coward who needed to turn themselves in.

‘My nephew was mangled. He was trampled to death,’ Montano told KTLA. ‘And that person just left.

‘Why flee? You left two children to die,’ she added, addressing the suspect.