President Joe Biden delivered another verbal gaffe on the final day of his Middle East tour, when he accidentally praised the ‘selfishness’ of US troops.

The slip-up came as Biden delivered prepared remarks to leaders of the Gulf Cooperation Council in Jeddah, Saudi Arabia on Saturday.

‘For the first time since 9/11, an American president is visiting this region without American troops being engaged in combat — in a combat mission in the region,’ said Biden.

‘We’ll always honor the bravery, the selfishness — selflessness of the — and the sacrifices of the Americans who served, including my son, Major Beau Biden,’ the president added, quickly correcting his mistake. 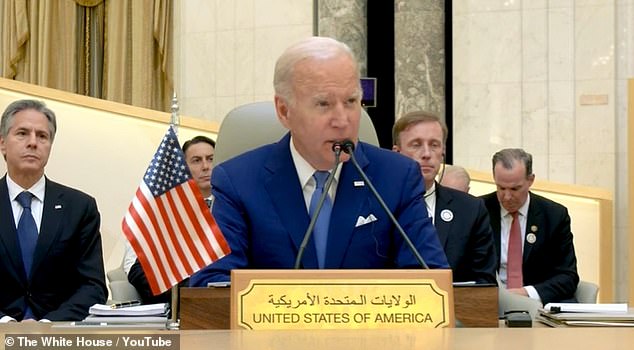 Biden delivered another verbal gaffe on the final day of his Middle East tour, when he accidentally praised the ‘selfishness’ of US troops, instead of their ‘selflessness’ 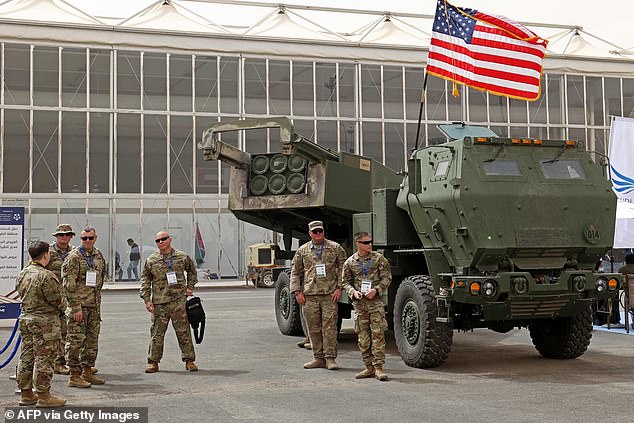 Secretary of State Antony Blinken, sitting behind Biden as he spoke, was seen blinking and shifting uncomfortably in his seat as the president initially read his prepared remarks incorrectly.

Saturday’s regrettable slip-up was not the only blunder on Biden’s four-day swing through the Mideast, which included stops in Israel and Saudi Arabia.

On Wednesday, Biden was addressing Israeli leaders when he mistakenly vowed to ‘keep alive the truth and honor of the Holocaust’.

In that case, he also immediately corrected himself and read the correct line: ‘horror of the Holocaust.’

In another confusing sequence of events, the White House had also telegraphed prior to the trip that Biden would be limiting physical contact and avoiding handshakes, supposedly as a COVID-19 precaution.

But the move was widely viewed as a means of avoiding a handshake with Saudi Crown Prince Mohammed bin Salman, the country’s de facto leader, whom the CIA says approved the assassination of journalist Jamal Khashoggi in 2018. 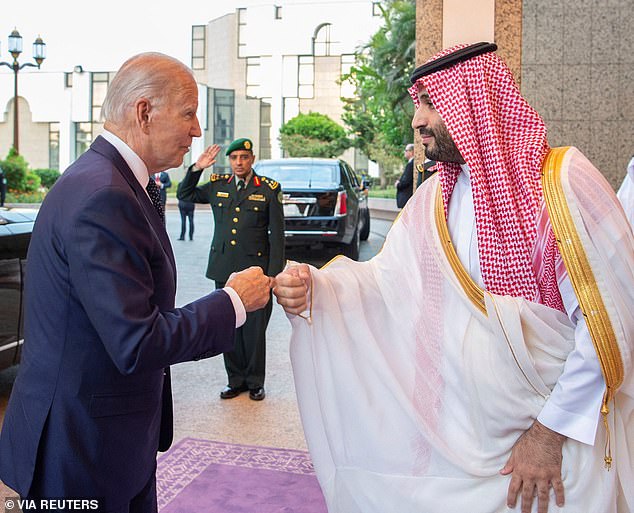 After first arriving in Israel, Biden stuck to fist bumps, but quickly broke form and began shaking hands with familiar leaders, leading to speculation that he would be forced to do the same with MBS, as bin Salman is widely known.

Instead, he also deployed a fist bump with MBS, in what quickly became the defining image of the tour, with some critics saying that the fist bump was worse than a handshake.

Hatice Cengiz, Khashoggi’s fiancée, shared what she believed her late love’s reaction would be to the fist bump: ‘Is this the accountability you promised for my murder? The blood of MBS’s next victims is on your hands.’

Fred Ryan, the publisher and CEO of The Washington Post – which employed Khashoggi – called Biden’s fist bump with the crown prince ‘shameful.’

‘The fist bump between President Biden and Mohammed bin Salman was worse than a handshake – it was shameful,’ Ryan said in a statement. ‘It projected a level of intimacy and comfort that delivers to MBS the unwarranted redemption he has been desperately seeking.’

Questioned about criticism of the fist bump by a DailyMail.com reporter, Biden laughed, and then said it was a ‘silly question’ when asked how he can be sure another murder like that of Khashoggi wouldn’t happen again. 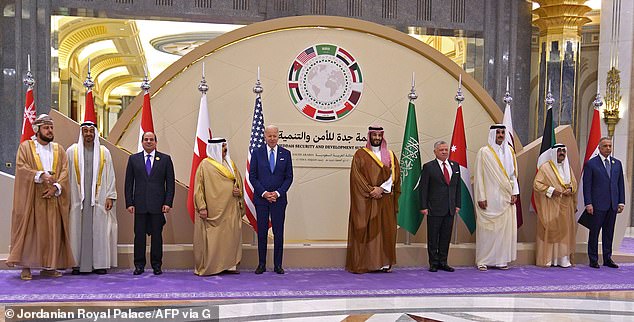 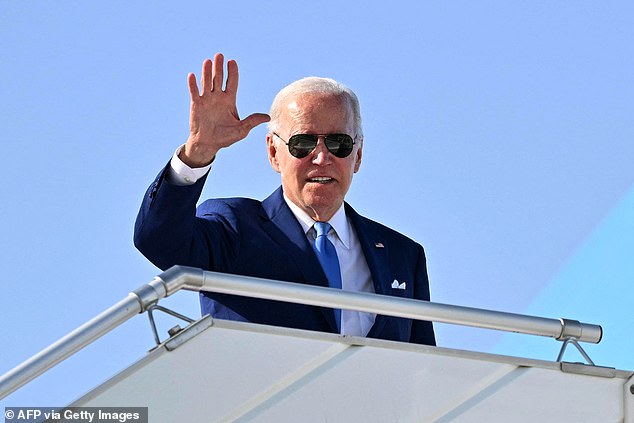 Biden left for the airport after Saturday’s meeting, waving goodbye on the tarmac of the King Abdulaziz International Airport after spending less than 24 hours in Saudi Arabia

Biden also insisted that he brought up Khashoggi’s murder in his meeting with bin Salman, who is often referred to by his initials, MBS.

‘In respect to the murder of Khashoggi, I raised it at the top of the meeting, making it clear what I thought of it at the time, and what I think of it now,’ Biden told reporters from a Jeddah hotel after his meetings with the Saudis. ‘I was straightforward and direct … I made my view crystal clear.’

‘What happened to Khashoggi was outrageous,’ Biden later offered.

The summit on Saturday was the final stop of Biden’s Middle East tour, and brought together the six members of the Gulf Cooperation Council as well as Egypt, Jordan and Iraq.

In his remarks, Biden again vowed to keep Iran from getting a nuclear weapon and pushed for stronger ties among the countries in the region. Biden wants to see Israel more integrated to help counter the growing threat of Iran.

He also vowed the U.S. won’t ‘walk away’ from the Middle East.

‘We will not walk away and leave a vacuum to be filled by China, Russia or Iran,’ he said. ‘We will seek to build on this moment with active, principled, American leadership.’