A British businessman has had his bank accounts frozen for six months after he allegedly helped Russian oligarch Oleg Deripaska evade sanctions.

Investigators allege the cash was held by Mr Bonham-Carter, 61, on behalf of Mr Deripaska.

The metals tycoon has been the subject of US sanctions since 2018 due to his links with Russian president Vladimir Putin. 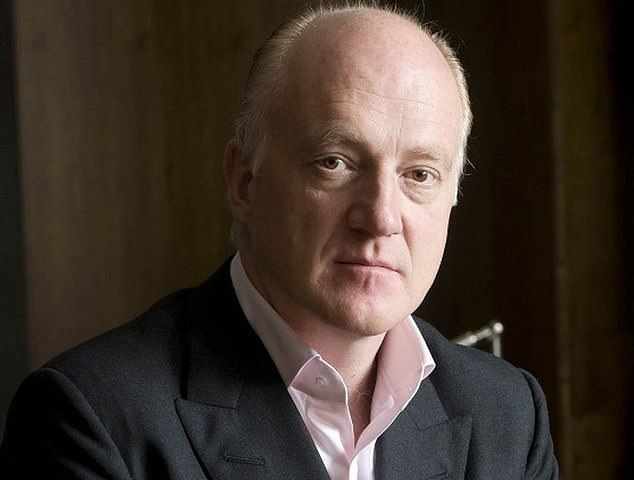 Five bank accounts held by businessman Graham Bonham-Carter, have been targeted by the National Crime Agency because of his alleged links to a sanctioned Russian oligarch

This prevents banks and other businesses from having dealings with Mr Deripaska, who is worth an estimated £2.2 billion.

It is claimed Mr Bonham-Carter helped Mr Deripaska to evade these sanctions, by concealing his ownership of five UK and US properties including the £18m Surrey mansion Hamstone House.

Andrew Chadwick, of the NCA, has said complicated ownership structures, involving firms registered in the British Virgin Islands and Cyprus, were designed to ‘mask the ultimate beneficial owner’.

Dr Deripaska is now one of seven oligarchs targeted in an estimated £15 billion sanction hit from the UK, the government has reported.

On 4 March, an application was made to freeze Mr Bonham-Carter’s bank accounts but it was adjourned to allow him time for the businessman to argue against it. 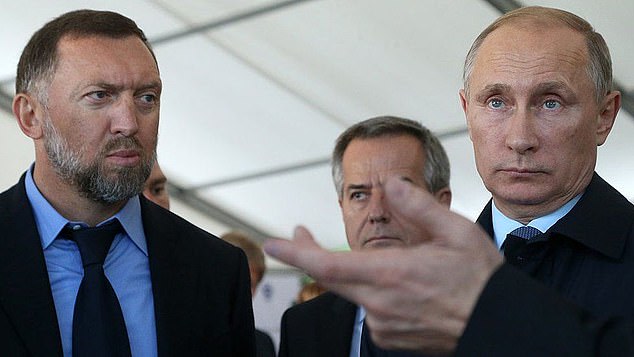 Investigators allege the cash was held by Mr Bonham-Carter, 61, on behalf of Oleg Deripaska, an oligarch with close links to Russian President Vladimir Putin

Mr Bonham-Carter did not appear at Westminster Magistrates’ Court today and no challenge was made against the freezing order.

Deputy Chief Magistrate Tan Ikram said: ‘I seem to have one order in relation to £93,000 in Clydesdale.’

Mr Chadwick responded: ‘There is that one and there is another order again the same as on 4 March to do with four accounts with NatWest.’

Mr Ikram continued: ‘I have heard this application on the previous occasion and I effectively adjourned the hearing so as to allow Mr Bonham-Carter an opportunity to put forward any arguments against the making of this order.

‘Yesterday I received notification by the court that he was not opposing the application.

‘He was not in a position to oppose the application today.

‘I am satisfied that the same grounds persist with justifying the making of a further account freezing order and I make it for a period of six months starting as of today’s date.’

Hamstone House, a Grade-II listed mansion worth £18m and set in eight acres of land, is said to be one of the properties at the centre of the case.

Two other properties involved in the case are a mansion in Washington DC and another home in Greenwich Village, New York.

Both were raided in October by the FBI, which is working with the NCA on the investigation.

Mr Chadwick earlier told the court that the properties were controlled by Gracetown Inc, a Delaware-registered company, of which Mr Bonham-Carter is chief executive.

He said £797,000 had been moved through the bank accounts connected to Mr Bonham-Carter between November 2020 and January 2022.

The NCA said there were ‘reasonable grounds to suspect’ that this was cash that had been laundered for Mr Deripaska.

The US Government has accused Mr Deripaska of a string of criminal activities, including money laundering, bribery, ‘threatening the lives of business rivals, illegally wiretapping a government official, and taking part in extortion and racketeering’.

Prosecutors also claimed he was compelled by Mr Putin to invest $800m in a sports complex for the Sochi 2014 Winter Olympics and that he helped to launder money for the Russian president.

They said the sanctions imposed on Mr Deripaska were justified by classified information that was not disclosed publicly, as well as a number of press reports and investigations that had been launched into the tycoon.

Mr Deripaska unsuccessfully challenged the sanctions in a US court.

His spokesman, Larissa Belyaeva, has said the claims were baseless and that prosecutors had never presented a ‘shred’ of evidence’ to support them.

An NCA spokesman said: ‘We can confirm that the NCA has secured two account freezing orders in respect of five bank accounts held by Mr Graham Bonham-Carter.

‘The orders were obtained on the basis that there are reasonable grounds to suspect that the money in the accounts was derived from the laundering of funds of an individual subject to sanctions in the United States, namely Oleg Deripaska.

‘The accounts contain funds of a value totalling approximately £110,000. This is an ongoing investigation and we are not commenting further at this time.’