By Jack Newman and Tom Brown For Mailonline

Britons could face fines worth hundreds of pounds if they are caught urinating in the sea off the Spanish coast.

Lawmakers in Vigo, a city in the Galicia region, said anyone found relieving themselves ‘in the sea or on the beach’ will be forced to shell out £645.

The city council has branded public urination a ‘minor infraction’ and ‘an infringement of hygiene and sanitary regulations.’

Town officials are planning to install public toilets on beaches during the high season to accommodate any beachgoers bursting for the loo.

But the town council said it could go further than fining people for urinating in the sea. 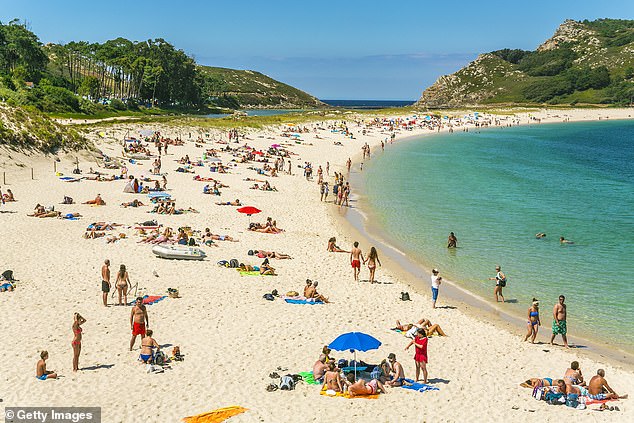 Lawmakers in Vigo, a city in the Galicia region, said anyone found relieving themselves ‘in the sea or on the beach’ will be forced to shell out £640 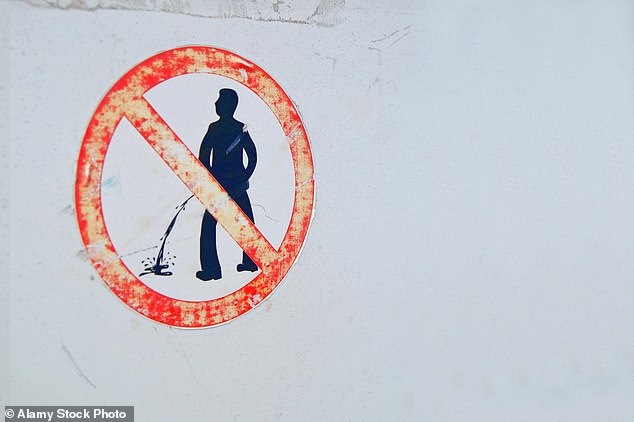 A no peeing sign is photographed. Britons could face fines worth hundreds of pounds if they are caught urinating in the sea off the Spanish coast – file image

The clamp downs came right after Spain said bikini-wears had to beware on their next visit to the beach, saying authorities would impose fines for anyone inappropriately dressed when on the street.

But it’s not only bikini-wearing Brits who are at risk of a fine if they forget to cover up before heading away from the sand. Men seen without a top on are also subject to the new rules.

Spain is also cracking down on littering, fining anyone who leaves rubbish or takes a gas cylinder or barbeque to the beach. Using soap in the sea is also banned.

Beachgoers caught playing bat and ball or attempting to reserve a spot on the beach with a towel will also be fined under the by-laws that came into force on July 18th.

Sparking off the new rules, Majorca and Ibiza announced earlier in the year that holidaymakers will be limited to just six drinks a day on their all inclusive holidays.

The number of drinks on his all-inclusive holiday was limited to six – three at lunch, and three at dinner.

The Balearic Government in January banned the sale of alcohol in shops between 9.30pm and 8am, as well as pub crawls, two-for-one drinks offers and happy hours at certain spots in Magaluf, El Arenal and Playa de Palma in Mallorca and Sant Antoni de Portmany in Ibiza. 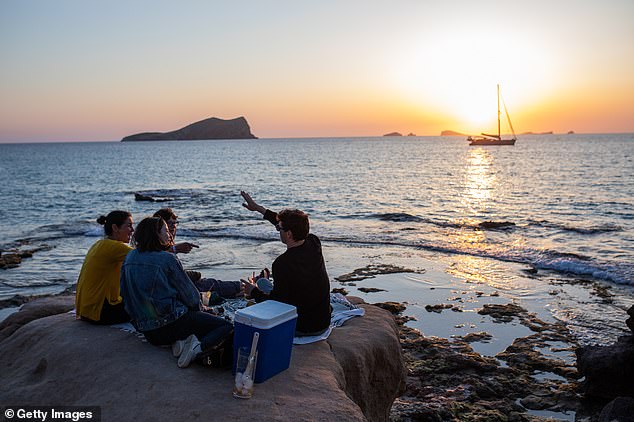 Local authorities in Spain introduced the booze ban in January this year, which affects certain resort areas of the Balearic Islands, including Palma, Ibiza and Magaluf (tourists enjoy the sunset at Escondida beach)

The new law, which affects some hotels in the Balearic Islands, means that holidaymakers are forced to pay extra if they want more than three free alcoholic drinks per meal.

Spain’s tourist industry is trying to shed its reputation as the party capital of Europe, attracting a disproportionate amount of Brits.

The Costa del Sol announced in May it will crackdown on ‘scandalous’ hen and stag parties and said it was considering installing noise monitors in tourist apartments.

Malaga is leading the way after hoteliers and local residents said they were fed-up with ‘Magaluf-style drunken tourism’ in the historic city.

They were particularly incensed about the large groups of men and women who dress up in ‘outrageous costumes’ carrying phallic symbols and taking over high-class restaurants for their celebrations.

The number of hen and stag parties has soared over the last few months following the easing of coronavirus restrictions and the resurgence of tourism.

WHAT ARE THE NEW RULES?

The Balearic Islands have brought in new laws which limit the number of free drinks on all-inclusive meal options, and various restrictions on the purchase of alcohol.

The legislation says people on all-inclusive meal options can only have six drinks per day – three at lunch, and three at dinner.

WHERE DO THE NEW RULES APPLY?

The new restrictions apply to Magaluf, El Arenal and Playa de Palma in Mallorca and Sant Antoni de Portmany in Ibiza, after initial fears that it would cover the whole of the islands.

WHY WERE THE NEW RULES BROUGHT IN AT ALL?

The laws were touted as the first in Europe to restrict the promotion and sale of alcohol in tourist areas.

They also aim to halt the ‘cheapening’ of the Balearic Islands and attract new investors that were being put off by its rowdy image.

Council leaders have been mounting a fightback to try to clean up the image of resorts like Magaluf since it was rocked by scandal in 2014 when a British holidaymaker was filmed performing sex acts on 24 men.

In 2018 council chiefs upped the ante against badly-behaving tourists in Magaluf by putting up street signs warning them of heavy fines for street drinking, nakedness and fighting.

The brightly-coloured signs, which carried the banner line ‘Have fun with respect’ were mounted on lamp-posts and other visible spots in the party resort.

Thousands of British tourists flock to the islands every year, including large groups of revellers who have earned them an infamous reputation.

Most of the new restrictions came into place in 2020 but Covid means many Brits are only now becoming aware of them. 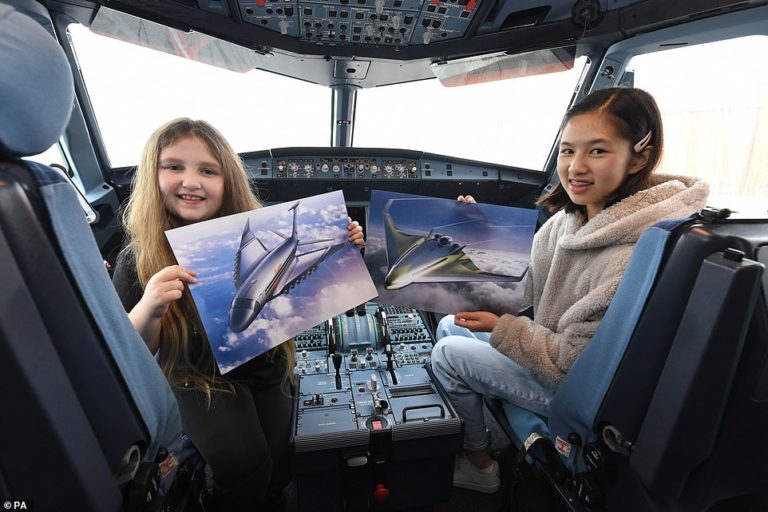 Advertisement Easyjet challenged the UK’s next generations of engineers to design their vision for future flying – planes for travelling across Europe powered by a sustainable energy source. And the ideas that flew in were eye-opening. They included unconventional power sources such as hamster wheels and worms, and seats made from coconuts, one of the… 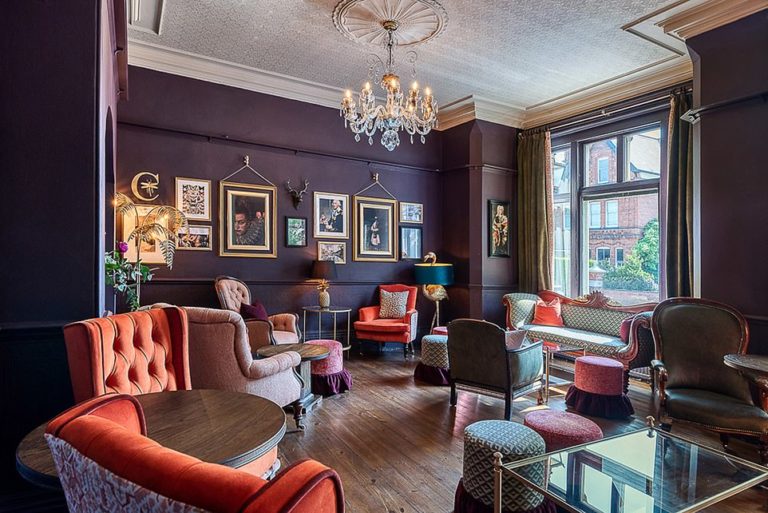 Advertisement Great British boltholes: Inside the newly renovated townhouse hotel in York that delights with a warm welcome and a sprinkling of Paris chic The Mail on Sunday’s Alan Copps checks into Clementine’s Townhouse, a 27-room hotel in central York  He writes: ‘The hotel was immediately notable for the warm welcome from its enthusiastic and… 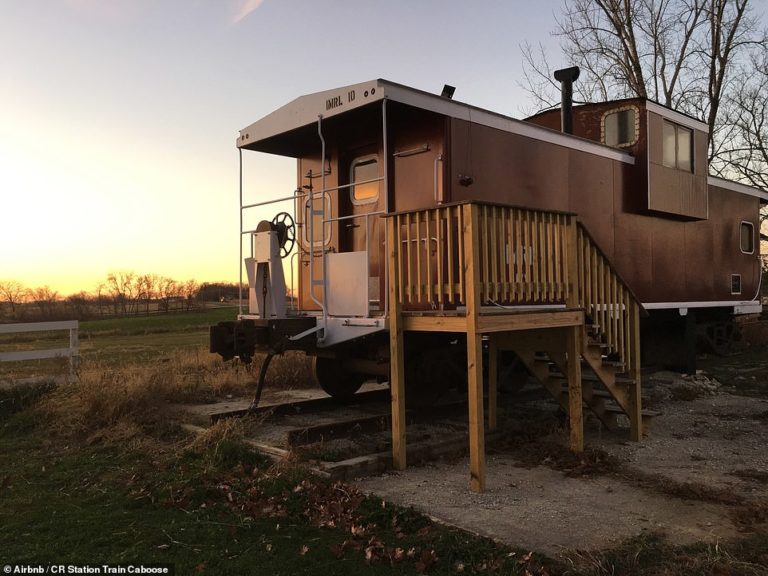 Advertisement If you’re looking for somewhere quirky to stay, we’ve got the inside track on an Airbnb that could be just the ticket. The CR Station Train Caboose Airbnb near the town of Decorah, Iowa, is a former caboose – a type of American railroad car used to carry train crew, commonly the conductor and… 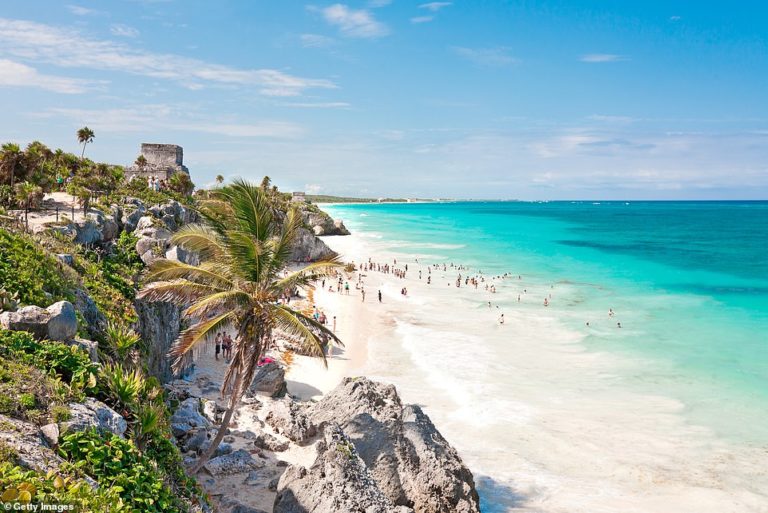 Advertisement This week’s announcement that almost every country in the world — barring seven — is being removed from the red list is the best travel news for months. As long as attention is paid to the entry requirements for each nation — see the need to know sections below — and the UK Government’s… 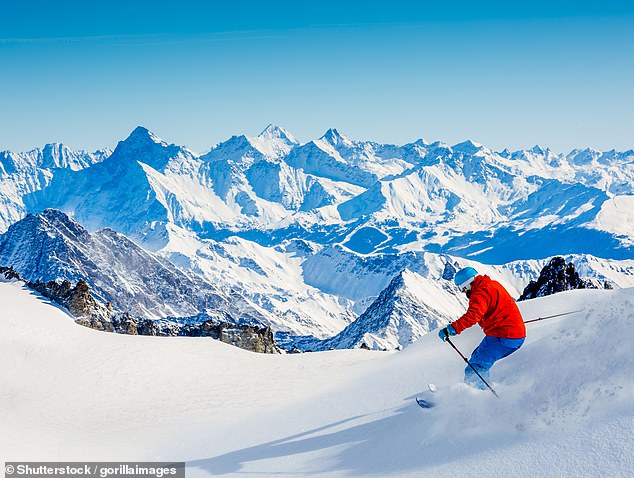 Advertisement France has banned tourists from the UK from entering unless they have a compelling reason to travel. Here, the Holiday Guru has a French special in which he answers questions about flight connections in French airports, travelling by Eurostar and wrangling refunds for cancelled ski holidays. Q. We booked a ski holiday in a… 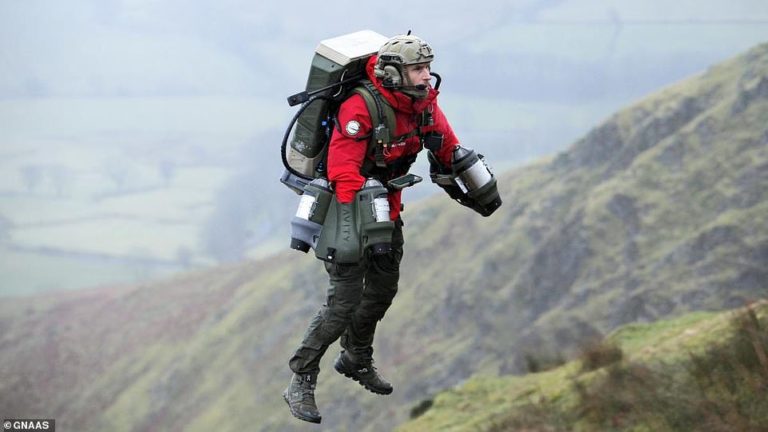 Advertisement From Iron Man to James Bond, jet suits are staple features in many popular blockbuster movies. Now, paramedics in the Lake District are turning to the futuristic technology in the hopes of reaching stranded ramblers in remote areas more quickly and easily. The flying suit, developed by inventor Richard Browning from Gravity Industries, is…