Buckingham Palace has denied speculation that King Charles III will be coronated on June 3 next year.

It comes after the date, which falls on a Saturday, was reported by Bloomberg quoting anonymous ‘UK officials’.

The publication said the date would represent a ‘touching tribute’ to the Queen, marking 70 years and one day since the late monarch’s coronation in 1953.

It added that ahead of a public announcement, discussions are still taking place over which other day will become an official holiday to mark the occasion.

But a Buckingham Palace spokesperson has since told the Mirror that any reports on a date are ‘purely speculation.’

It comes after ‘Operation Gold Orb’ – the secret codename for the coronation of Charles – swung into action following Her Majesty’s death on September 8 at the age of 96.

When his mother was crowned in June 1953, it was a lavish ceremony that was a much-needed morale boost for a nation starved of pageantry by the war.

But 70 years later, the forthcoming coronation of King Charles III is expected to be a vastly scaled-down affair at Westminster Abbey and one which will cement his wife’s place in history.

It was previously reported that the service is not expected to happen before next spring but still within a timeframe much quicker than the Queen’s own 16-month wait after she acceded to the throne. 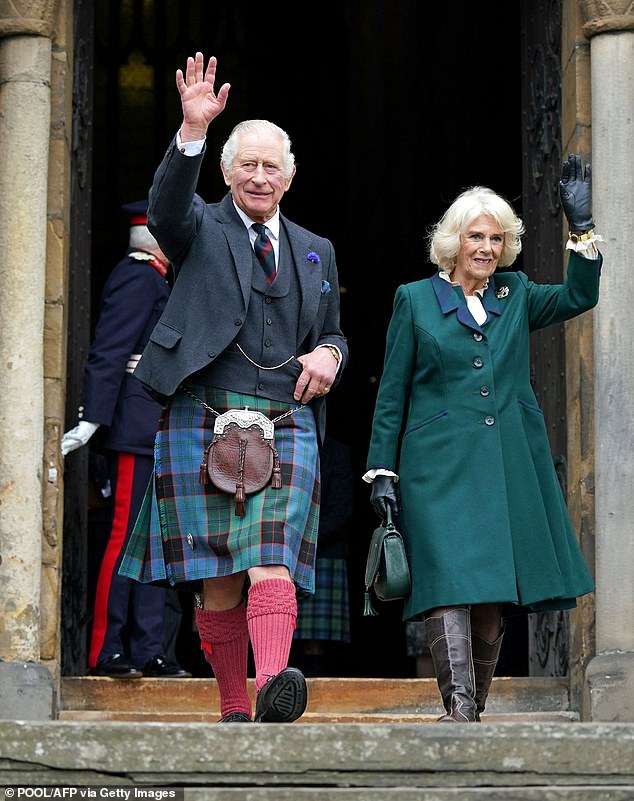 Buckingham Palace has denied speculation that King Charles III will be coronated in June next year (Pictured: King Charles III, wearing a kilt, and Camilla, Queen Consort wave as they walk to meet members of the public after leaving from Dunfermline Abbey in Dunfermline in south east Scotland on October 3, 2022) 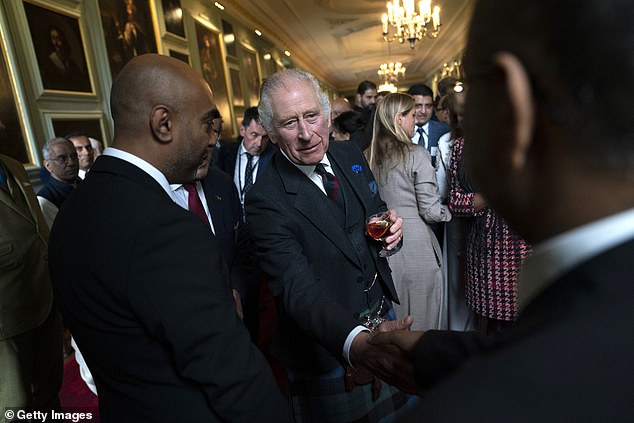 ‘Operation Gold Orb’ – the secret codename for the coronation of Charles – will have swung into action following Her Majesty’s death last month at the age of 96. (Pictured: King Charles III hosts a reception to celebrate British South Asian communities, in the Great Gallery at the Palace of Holyroodhouse on October 3, 2022 in Dunfermline, Scotland)

And it is likely to be significantly shorter and cheaper than in the past – setting the tone for Charles’s reign.

It is estimated that the 1953 coronation cost £1.57million – the equivalent of £46million today.

The King has already made it clear he favours a leaner, more modern monarchy and his coronation service will reflect that, sources previously said.

With the country facing a recession and renewed pressure on the public purse, his wish to see a radically streamlined service is likely to be widely applauded.

Nevertheless, planning will be meticulous, with every detail considered. The coronation is rich in religious significance – a solemn and sacred ritual where the new sovereign is anointed and takes their oaths before God and their country.

Details of the plans for the coronation of Charles were leaked to The Mail on Sunday in February after the Queen revealed it was her ‘sincere wish’ that Camilla would be known as queen consort when, ‘in the fullness of time’, her son succeeded her. 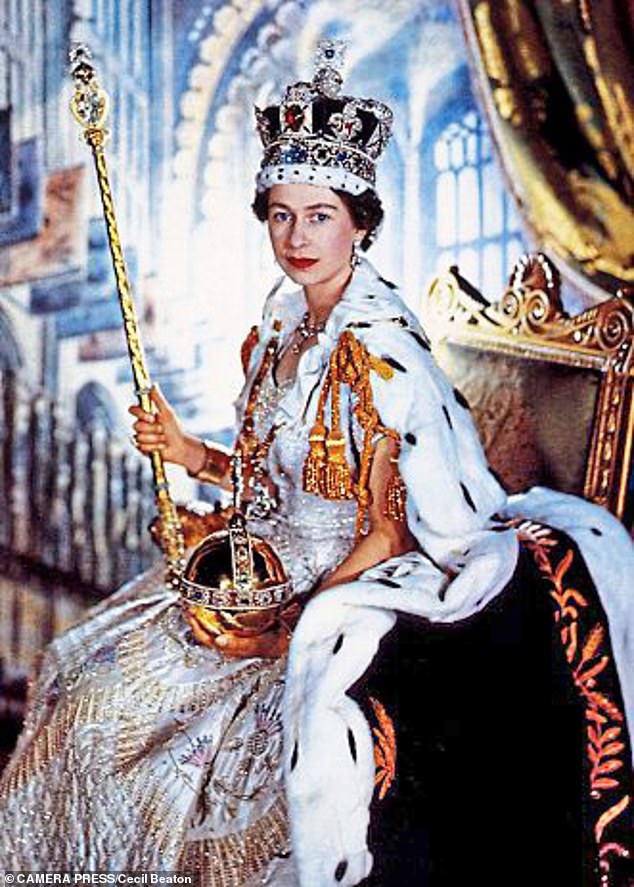 With modern Britain very different to society in 1953, the coronation will reflect the religious and cultural diversity of the country and will mark a significant departure from the crowning of his mother – pictured in her full regalia – which reflected the nation and empire of the time

A source was reported to have said that it would be ‘shorter, sooner, smaller, less expensive and more representative of different community groups and faiths’.

The date of the ceremony, which will be a public holiday, will be confirmed in the coming months.

With modern Britain very different to society in 1953, the coronation will reflect the religious and cultural diversity of the country and will mark a significant departure from the crowning of his mother – pictured in her full regalia – which reflected the nation and empire of the time.

Prince Philip, as a male consort, was not entitled to be crowned, but instead knelt before his wife during her coronation and pledged to be her ‘liege man of life and limb’.

The last time a queen consort was crowned was in 1937 when the Queen’s mother, Elizabeth, sat alongside George VI.

For the coronation of Elizabeth II a carriage procession transported more than 8,000 dignitaries to Westminster Abbey where many were accommodated on makeshift benches. More than 40,000 troops were involved in the parade.

The ceremony, the first to be televised, lasted more than three hours.

But seven decades on, guests at Westminster Abbey are expected to be limited to 2,000, and the service will be ‘far shorter because you have to consider Charles’s age’, a source said last month.

By the expected time of his coronation, the new King will be 74 and his wife close to 76.

While aspects of the service will be overhauled in favour of reflecting a ‘modern day Britain’, it will remain an Anglican service with the vows not expected to change.

Not only will the number of guests be a quarter of the contingent in 1953, there will also be fewer Royal Family members.