I went on holiday to Geneva in Switzerland this week, but easyJet told me my flight home to Gatwick was cancelled shortly before I headed to the airport on Saturday morning.

The airline said it couldn’t get me on another flight until Monday, but I had to get back home for work so I looked to book my own flight.

Thankfully, I was able to book a flight to Heathrow – but it was with British Airways and cost four times the price of my original ticket. 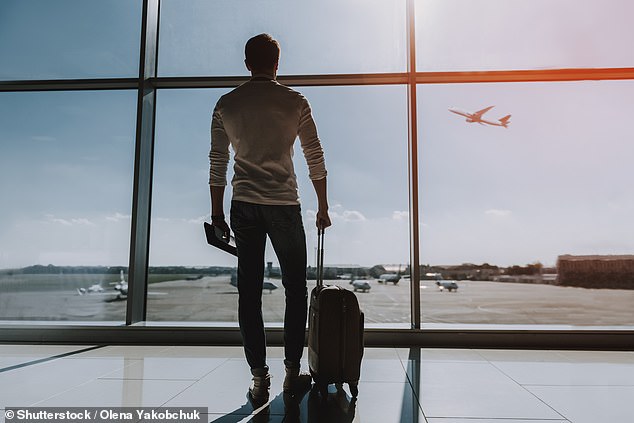 Delayed: Airline providers have cancelled hundreds of flights in the last week due to staff shortages, leaving passengers stranded in the UK and abroad while they wait for new flights

I’m worried that easyJet will leave me out of pocket by only refunding my original ticket, which would leave me paying hundreds more for my flight.

What are the chances that easyJet will cover the cost of my new ticket? And how would I go about claiming this expense?

Also, should easyJet pay for my other expenses such as food, and am I entitled to compensation? J.S, via email.

Emilia Shovelin, This is Money, replies: EasyJet, along with other airlines such as British Airways and Wizz Air,  cancelled hundreds of flights over the bank holiday weekend. I’m sorry to hear that you were caught up in this mess.

The issues, reportedly caused by staff shortages, left thousands stranded around the world while they sorted replacement flights.

What’s more, fears are growing that this could cause more chaos when the school summer holidays begin in just a few weeks’ time.

But as well as causing stress and frustration, having your flight cancelled can also lose you a substantial amount of cash, perhaps leading to additional hotel costs and pricey food when you’re stuck in the airport.

The good news is, you should be mostly covered for the cost of a replacement flight – even if it is more expensive than you original ticket.

If an airline cancels your flight, it is their responsibility to get you on to the next available flight, regardless of which airline this is with. 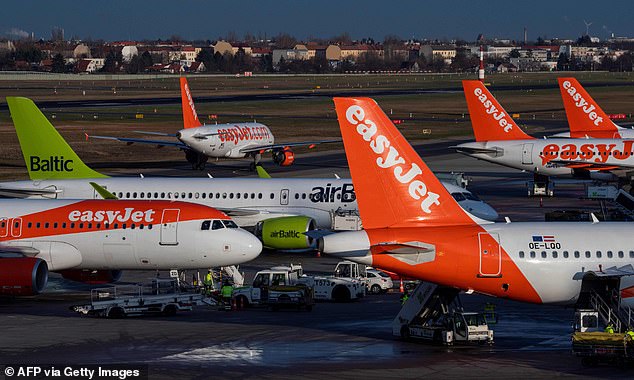 Passengers on easyJet’s cancelled flights could claim up to £500 in additional compensation depending on their journey, as well as the additional costs for hotels if you are stuck abroad

This means that easyJet should have ideally placed you on to the British Airways flight if there was availability, instead of leaving you to wait for an extra two days.

If you had waited in Geneva the extra two days, then easyJet would be responsible for paying for a 3-star hotel, such as a Travelodge or Premier Inn.

It would also be responsible for any other reasonable costs, such as extra spending on your phone bill and three reasonable meals a day, but not including alcohol.

If your airline doesn’t arrange for your hotel booking and meal vouchers, then you have the right to sort these out yourself – after checking the rules on the class of hotel and maximum food budget –  and claim the money back from easyJet. Just be sure to keep your receipts.

But, in this situation, you managed to book your own flight, albeit for £400 instead of your original £100 ticket.

EasyJet is obliged to pay the full price of your replacement ticket – but only if you bought the same grade of seat.

For example, if your original ticket is an basic economy ticket, but you opt to upgrade to extra legroom, then they would only pay for the price of the economy ticket.

The airline should also pay for your transfer from Heathrow Airport to Gatwick, where you were originally set to arrive – though this is usually offered in the form of a National Express coach which isn’t always the fastest option.

Can travellers get compensation too?

As well as a refund, travellers who have their flights cancelled may be entitled to hundreds of pounds in compensation – though it depends on how long they were delayed for.

As you were travelling less than 1,500km, and were told less than seven days before your flight, you could be entitled up to £220 in compensation.

If your new flight took off after your original cancelled flight, and landed at least two hours later, then you should be entitled to the full £220.

I got in touch with easyJet to ask how customers should go about getting refunds and compensation.

A spokesperson from the airline said: ‘We fully understand and are very sorry for the disruption caused to customers when their flight is cancelled.

‘We provide customers with options to rebook with alternative carriers where no easyJet flights are available, which we advise on our Delays and Cancellation Help pages and our easy-to-use expense form for customers to be quickly reimbursed.

‘Any customers who are being assisted by our customer service teams will be advised that if we are not able to re-route customers via easyJet flights within 24 hours, they are able to book with alternative carriers directly.

‘They will be reimbursed and our customer service hours have been extended to help customers get to their destination as soon as possible.

‘Once again, we are very sorry to customers impacted by the cancellations.’

For those seeking refunds and expenses, easyJet directed customers to its online claim form, which allows them to submit details and upload receipts, so that someone can get in touch to refund the additional costs.

Customers can use the EC261 compensation form on easyJet’s website to arrange any compensation they may be due.