A third year university student has become the first person ever to win all eight of his heat rounds on Countdown after he started watching the show while stuck in doors battling agoraphobia.

Tom Stevenson, 21, from Burford, Shropshire, is currently studying English Literature and Media and Culture Studies at the University of Wolverhampton.

Last week Mr Stevenson made history on the show after gaining the highest score ever of 154 last week, and has also set a record after working out the final conundrum in just three seconds.

But he told MailOnline his favourite moment of the series so far was his final show, when an excitable host Colin Murray was hoping he would get the eight heat record.

He has collected 1,000 points across his eight appearances so far, stunning Rachel Riley, Susie Dent and Colin Murray in the process.

Mr Murray said on the show: ‘One thousand points exactly and the first contestant ever to not lose a single round — Tom Stevenson, absolutely sensational,’ Murray said. ‘And the coolest customer the whole way through, amazing.’

Mr Stevenson, from Burford, Shropshire, told The Times: ‘I’m gobsmacked really, but I’ve had a great time and thank you to the crew on and off camera. It’s all been great. I can highly recommend it.’

He added on Twitter: ‘I need to lie in a darkened room after it all now!’

Famous Countdown word expert Susie Dent tweeted that this week had been ‘one of the most memorable weeks in my thirty years of Countdown.’ 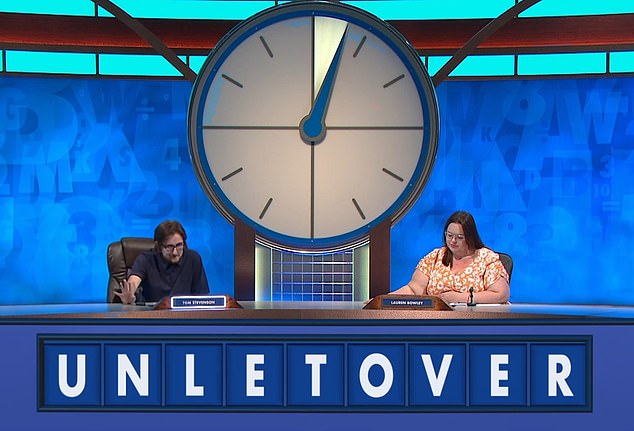 Tom Stevenson, 21, solved the final Countdown conundrum in just three seconds on his eighth appearance on the show 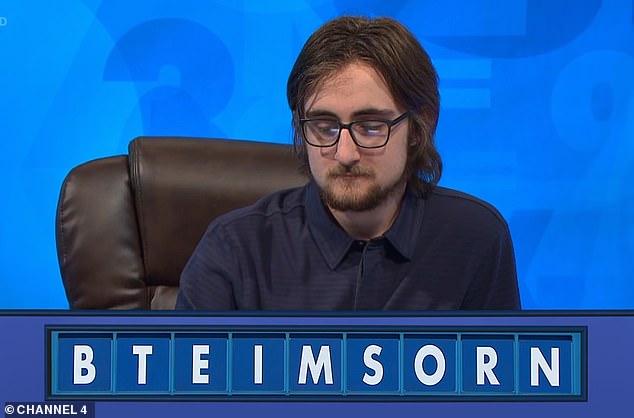 Tom Stevenson said that he was inspired to appear on the show because he didn’t want his A-level results, three D grades, to ‘define him’ 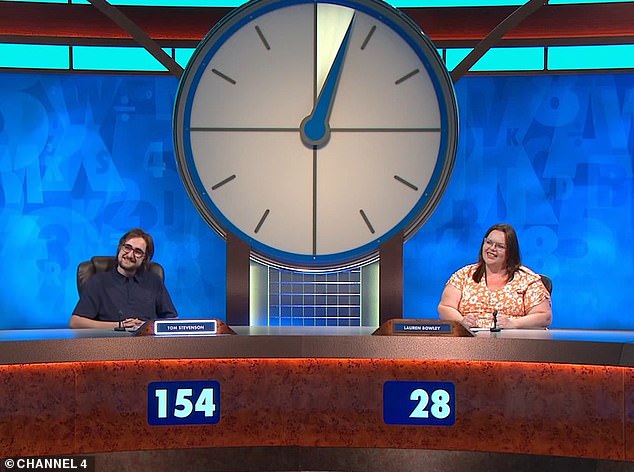 In one record-breaking episode, which was filmed in August but broadcast at 2:10pm last Thursday, saw Mr Stevenson beat opponent Lauren Bowley by 154 to 28 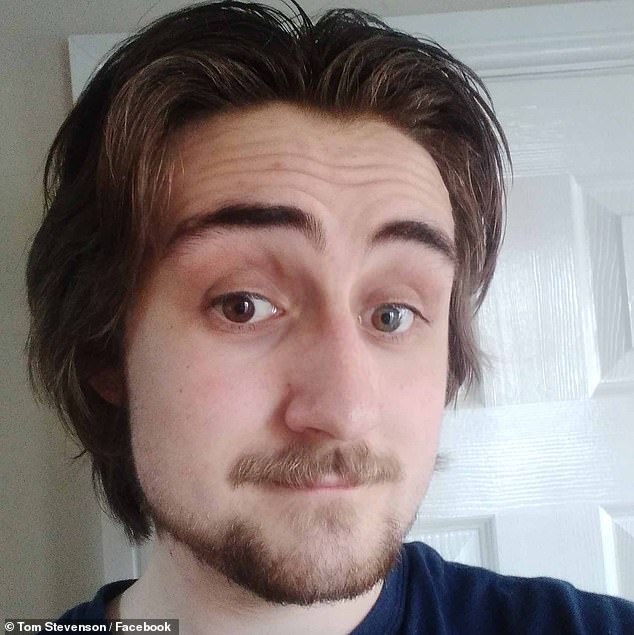 The young prodigy began watching Countdown after completing his GCSEs after he was left housebound by agoraphobia, which often manifests as extreme fear to leave home.

He received three Ds in his A-Levels and previously said he entered the show to ‘prove to myself I shouldn’t let the grades define my ability’.

Asked online where he is heading next after his success on the show, he told his Twitter followers he was ‘hopeful’ of appearing on Pointless and is considering joining Worcester’s first ever University Challenge team.

He hopes to become an English teacher after completing his degree this year.

Mr Stevenson joked he is ‘happy that my face is off the TV for a few months’ following the airing of his eighth win, which was filmed in August.

He has quickly gained fans online after his dominant performances and honesty about his mental health struggles. 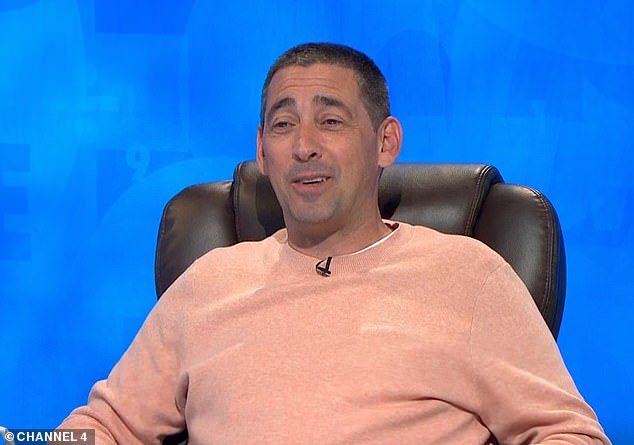 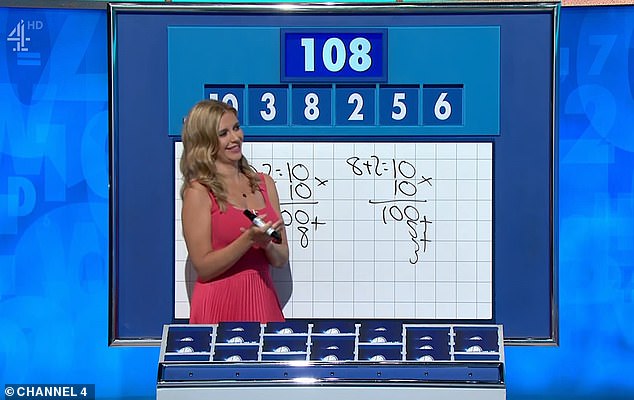 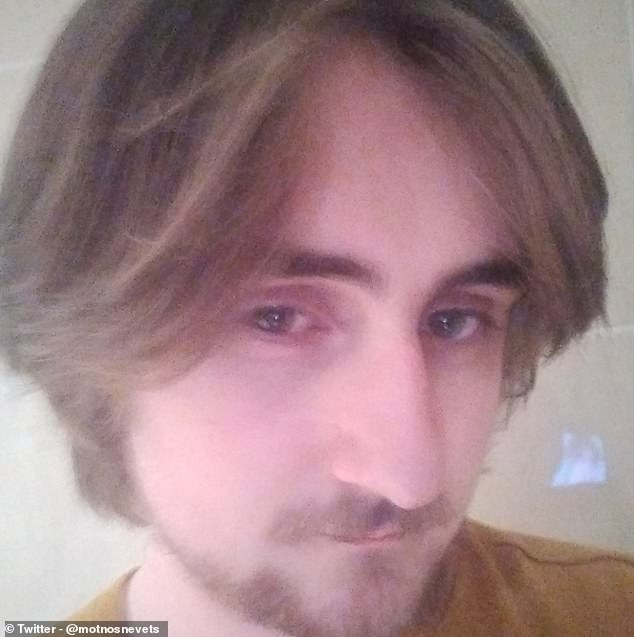 After his latest appearance on the programme yesterday, one Twitter user said: ‘The best thing about Covid is that I get to watch Countdown every day! What a show! Tom Stevenson is a legend!’

Another added: ‘I was on the edge of my seat! Congrats to Tom.’

Meanwhile would-be contestants joked they could finally apply to go on the show safe in the knowledge that Mr Stevenson would not be appearing on a future series.

One said: ‘I’m going to miss Tom. Possibly my favourite contestant ever but can now happily apply to go on knowing he won’t be there!’

He is next due to film one of the series quarter finals on October 18.

Should he advance, the semi-final and final will both be filmed on October 19.

He could also appear on the Champion of Champions series, scheduled for 2023, if he wins this year’s competition.