Having your home burgled, especially if you and your family are asleep in bed at the time, is a deeply traumatic experience.

It is not merely – as the police jargon has it – a property crime. It’s a violation, destroying any sense of security. Yet in recent years police have taken an appallingly casual attitude to such a grievous offence.

Indeed, it’s almost a miracle if a police officer attends a break-in and takes a statement, let alone dusts for fingerprints.

No wonder then, as the Daily Mail has revealed, a staggering 774 burglaries go unsolved every day. Raiders must feel they have carte blanche to invade homes. 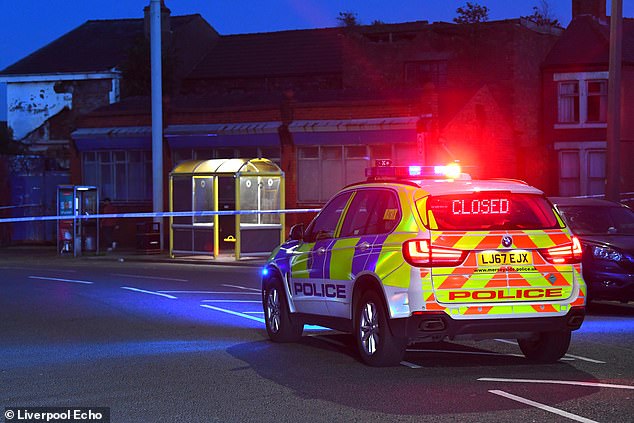 In an unprecedented pledge, every chief constable has vowed to send an officer to every single burglary

So the Mail welcomes the unprecedented pledge by every chief constable to send an officer to every single burglary.

Evidence shows that visits not only increase the chance of catching an intruder, they also reduce burglaries in that area and, of course, give victims peace of mind.

And cracking down on traditional crime, rather than devoting valuable resources to scouring the internet for offensive comments and woke virtue-signalling, restores public trust in the police.

The only question is: Why on earth has it taken so long for the police to do something so eminently sensible?

It is a sign of the delirium gripping the Tories that Liz Truss’s first conference speech as Prime Minister could be her last.

Barely a month since she became leader promising to unite the Party, it is engulfed in chaos, indiscipline and rancour.

Weakened by the botched handling of her ambitious mini-Budget, which cut everyone’s taxes and pumped billions in energy subsidies to every household, she faces open revolt over her economic plans.

The Tories are so far behind Labour in the polls, rebellious MPs are already plotting to topple her. This must stop. A paralysed Government benefits only Labour.

We wish her well today. We’d like nothing more than to hear a rousing, visionary speech that reimposes her authority, silences dissenters, and starts a new chapter for her premiership – and the country.

This paper has every sympathy for Sir Cliff Richard and other innocent people whose lives have been damaged after being wrongly accused of crimes.

But Home Secretary Suella Braverman’s support for granting all suspects anonymity until charged is sinister, dangerous and a devastating affront to Press freedom.

Naming suspects can make it easier to secure convictions of criminals as it emboldens other victims, or witnesses, to contact police with incriminating evidence.

And banning the media from identifying suspects allows police to arrest without scrutiny. That brings the terrifying prospect of secret justice a step nearer.

Our justice system is already unhealthily clandestine. Mrs Braverman must reverse this scandal.

As a train transporting equipment for Russia’s nuclear arsenal rolls towards Ukraine, a former British defence chief has warned that Vladimir Putin’s chilling threat to launch a strike is genuine.

Humiliated by his army’s rout, the dictator is again trying to terrify President Zelensky into surrendering – and the West into ending its military aid for his fighters.

It is like a grotesque Cold War nightmare. Of course, Nato’s allies cannot cave in to his deranged ultimatums. But we pray wise heads prevail to avoid an inexorable slide towards atomic annihilation.