Dr Rosena Allin-Khan, the Labour MP who was told to lie low by Keir Starmer after she gave interviews in Ukraine, is accused of ‘courting the far left’ as she is increasingly cited as a leadership contender

By Anna Mikhailova and Brendan Carlin for The Mail on Sunday

The Labour frontbencher who was banned by Sir Keir Starmer from media appearances has been ‘courting’ the far Left for a leadership run, party sources said.

Dr Rosena Allin-Khan has been accused of ‘pandering to’ Corbynistas and has accepted donations from Farah Sassoon, an ally of former Unite boss Len McCluskey.

Ms Sassoon is known in the party as a ‘kingmaker’ who wants to back the next leader. Once described as part of ‘Red Len’s political harem’, she has also made donations through her company to deputy Labour leader Angela Rayner.

Labour sources say Dr Allin-Khan is also trying to win the backing of the Socialist Campaign Group, which has close links with Momentum. The Tooting MP is attempting to bring together a coalition of supporters including the far-Left as well as MPs keen to see a first woman leader of the Labour Party, insiders said. 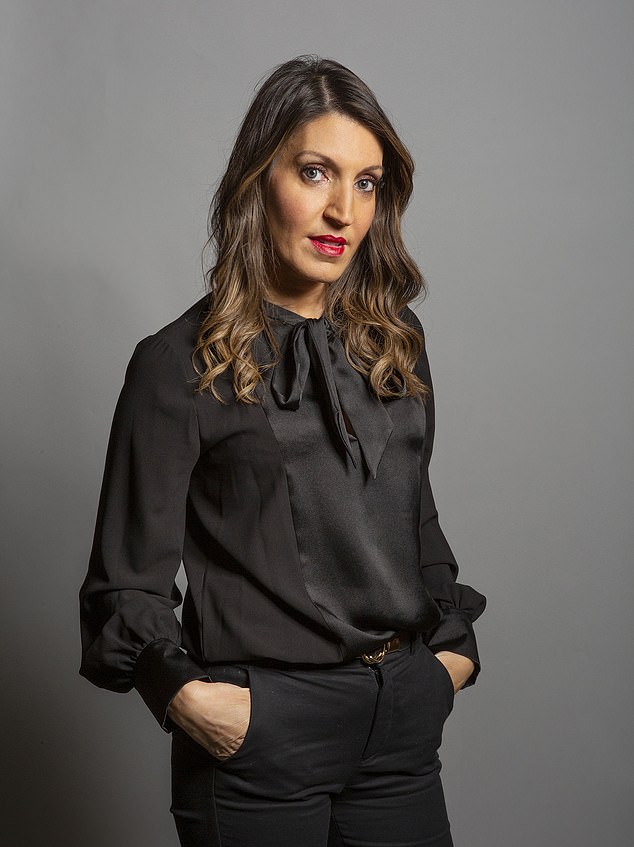 Dr Rosena Allin-Khan has been accused of ‘pandering to’ Corbynistas and has accepted donations from Farah Sassoon, an ally of former Unite boss Len McCluskey

A Labour source said shadow health minister Dr Allin-Khan is ‘obviously on manoeuvres, and she is courting the hard-Left’. The source said: ‘She is seen as a viable candidate because she has got appeal across the Left. But if she’s trying to do a deal with McDonnell and the Socialist Campaign Group, what deal is she doing?’

A fellow shadow minister said Dr Allin-Khan’s links to Labour hardliners had been noticed in the party: ‘They [the Left] have been tweeting their approval of her. I’m convinced she’s in on this – she panders to them… She is wildly ambitious – she is very media savvy.’

Dr Allin-Khan has increasingly been cited as a contender to succeed Sir Keir if he steps down after an investigation into allegations that he broke lockdown rules.

Last week, The Mail on Sunday revealed that Sir Keir signed off a media appearances ban after the MP travelled to Ukraine in March and gave TV interviews from the war zone. She was told to keep a low profile for weeks.

A spokesman for Dr Allin-Khan said: ‘Rosena engages with many donors as co-chair of the Rose Network [a Labour donation organisation]. Rosena is fully committed to electing a Labour government in the next general election.’