The images showed the adorable toddler excitedly looking at her Bluey cake alongside the 38-year-old Sunrise news presenter and her husband Neil Varcoe.

The impressive cake was made by the breakfast TV star. 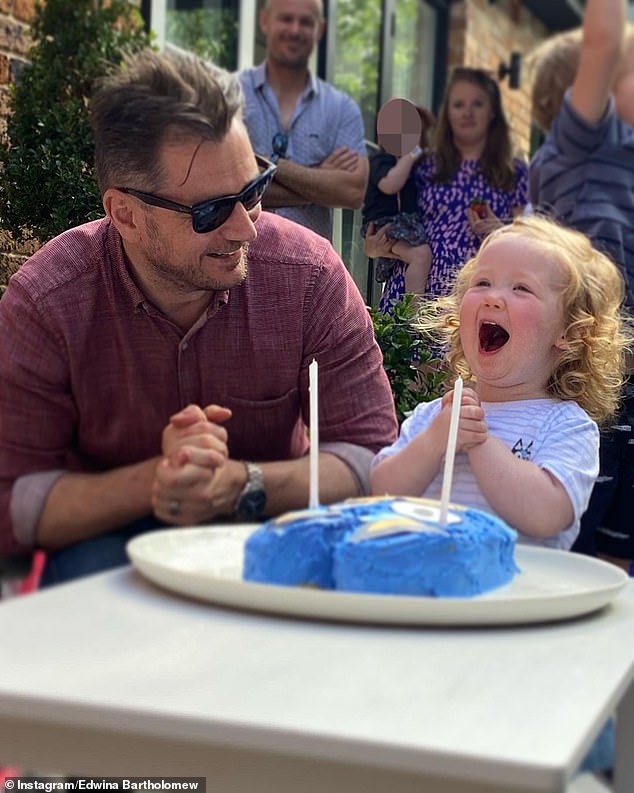 ‘The unbridled joy of turning two,’ Edwina captioned the photos.

A number of the Edwina’s famous friends wished her daughter well. 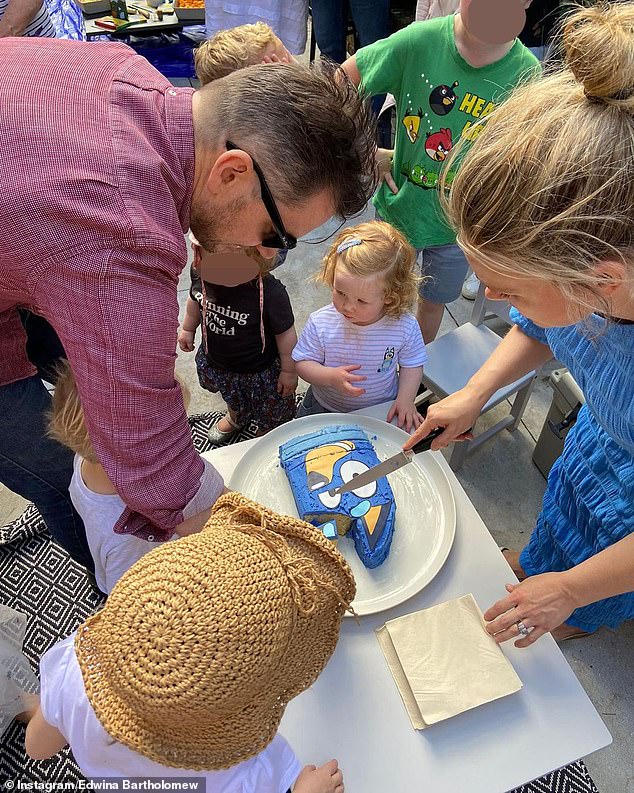 Excited: ‘The unbridled joy of turning two,’ Edwina captioned the photos. Molly was surrounded by her parents and her little pals at the backyard party

‘She is just so sweet,’ The Project’s Carrie Bickmore wrote.

Edwina is known to be a huge fan of Bluey, previously admitting she was in awe of the cartoon’s parents, Bandit and Chilli. 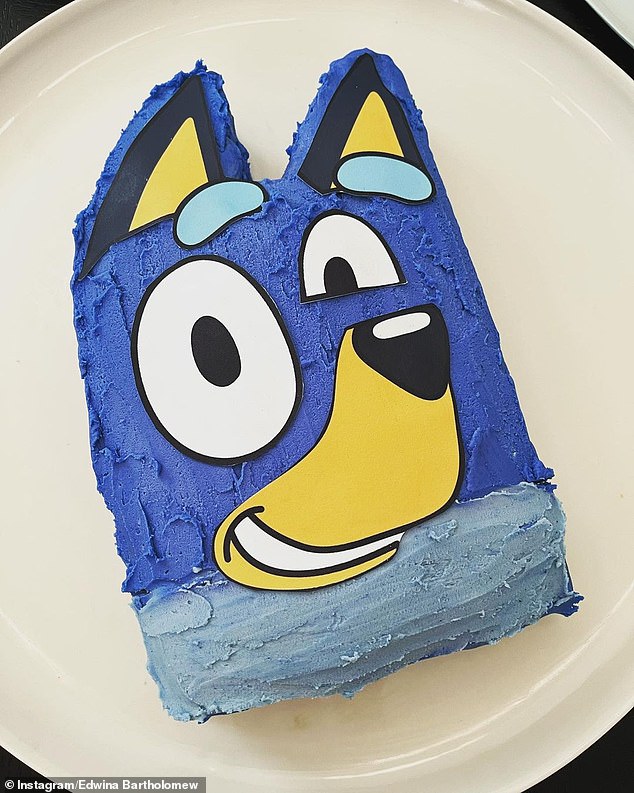 Impressive: Edwina let fans know she made the cake herself with a number of her pals appearing very impressed with the culinary creation

‘They are the kind of engaged playful parents we all hope to be,’ she explained to the Daily Telegraph in November.

‘The great irony is that when parenting gets too much for me at home, episodes of Bluey are my go-to solution.’ 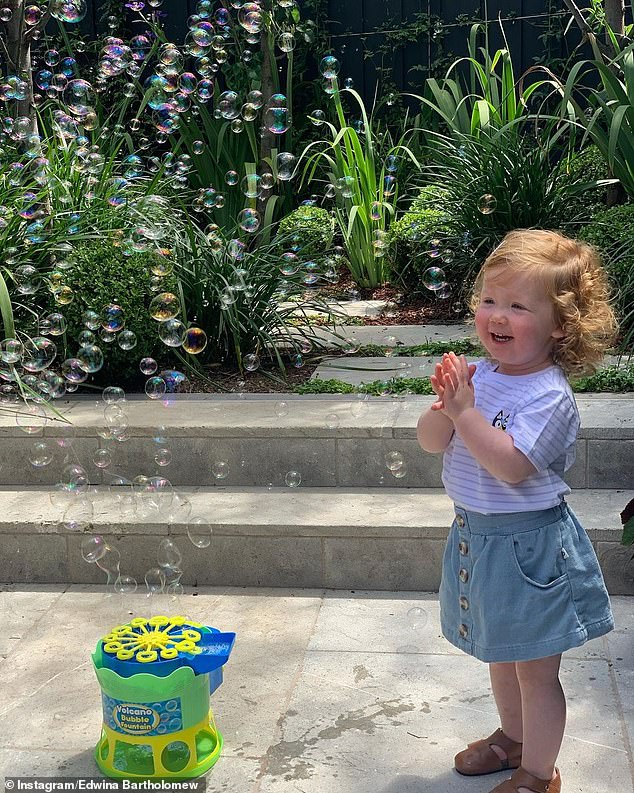 Excitable: Edwina showed Molly standing in the backyard with a bubble machine with the youngster clearly excited for the toys

The news presenter announced she’s expecting her second child on Sunrise back in August.

‘And in some developing news, news that will be developing for the next six months, we are having another baby,’ she said at the time.

Bluey is a popular Australian children’s’ series centred around a Blue Heeler puppy named Bluey and her family.

Edwina has described the series as ‘by far the most entertaining of the kids’ shows, even for adults’. 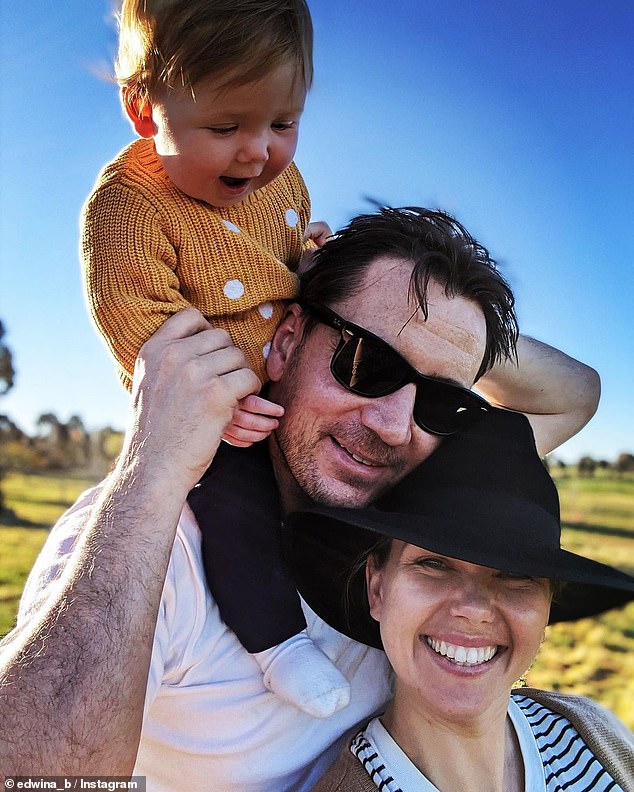 Growing family: The news presenter announced she’s expecting her second child on Sunrise back in August. Pictured with Molly and husband Neil Varcoe