Ionela Gherghisan was left in fear of her life by estranged husband Koci Selamaj, who choked her several times in the weeks before he killed Sabina Nessa.

But the 45-year-old said she never imagined that Selamaj, 36, would go on to commit such an appalling crime.

Miss Gherghisan, who lived in Eastbourne, East Sussex, with Selamaj but has now returned to her native Romania, said she was haunted by grief for Miss Nessa’s family. 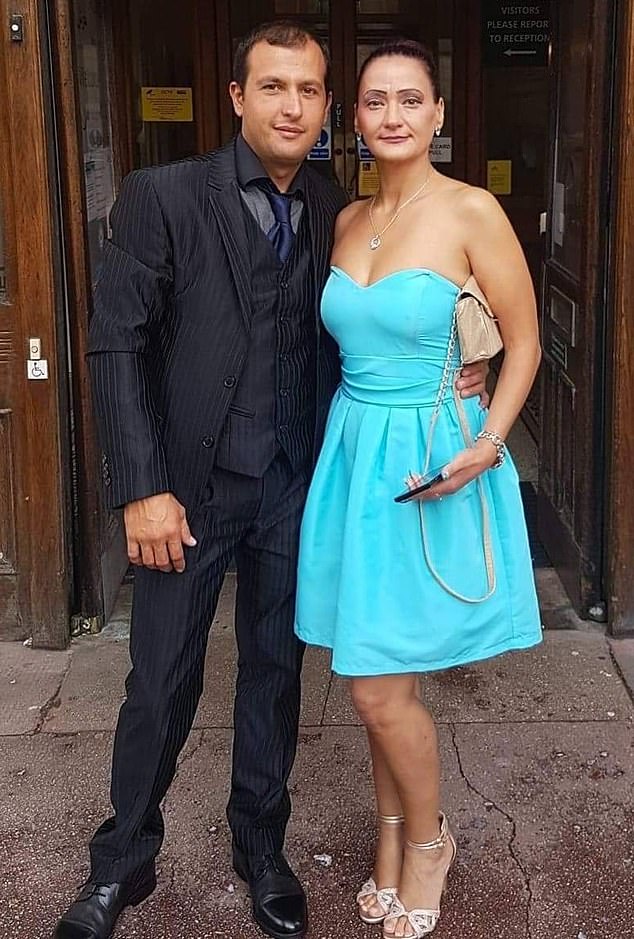 Ionela Gherghisan (right), 45, said she never imagined that Koci Selamaj (left), 36, would go on to commit such an appalling crime.

The mother of one told the Daily Mail: ‘It is very hard for me to find the words to say to the family of Sabina, because I am just as shocked by what he did as they are.

‘I also have a 26-year-old daughter and I can relate to their pain. I have a lot of pain in my heart and feel very alone with no help.

‘I am so sorry that so many people got hurt because of him. I never believed he was capable of murder.’

Miss Gherghisan, a cleaner and part-time belly dancer, said Selamaj became ‘unrecognisable’ and violent in the weeks before the murder.

She moved out of the family home last August after he throttled her in bed because she had missed his phone calls while working a double shift.

‘There were times when I was scared to stay in the same house with him because I was afraid for my life,’ Miss Gherghisan said. 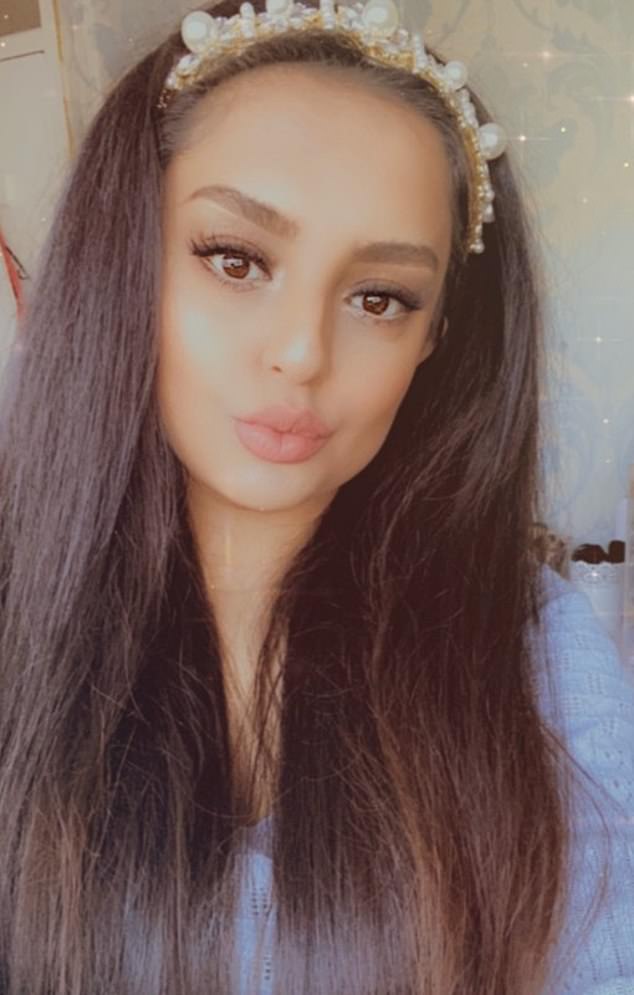 Miss Gherghisan said she is shocked by the extreme violence inflicted on Sabina Nessa (pictured) by Selamaj, whom she met at an Albanian car wash

‘He tried to strangle me three times, but the last time was when I became really terrified. He came home from work and put his hands around my neck, yelling, ‘Why didn’t you answer your phone?’

‘I was in bed, shocked. He snapped out of it and let go of me but he didn’t apologise. I was his first victim, but something stopped him from killing me.’

The pair then had limited contact until the day of the murder when Selamaj propositioned Miss Gherghisan for sex in the car park of the Grand Hotel in Eastbourne where she worked.

Miss Gherghisan had no idea that he had checked into the five-star hotel – despite living just a mile away on the High Street – and that he would go on beat Miss Nessa to death just two hours later.

She said: ‘He was very anxious and impatient and I had never seen him like that.

‘I saw a bottle of alcohol in his car and could smell it on his breath. He wasn’t drunk, but he was acting very strangely.

‘He tried to have sex with me in his car in the car park, but I said no so he left and I went back to work.’

She went back to the couple’s flat on September 25 – eight days after he had killed Miss Nessa, and the night before his arrest.

‘He was on his phone and he was lucid – there was no sign of what he had done in his behaviour,’ she said.

‘The only thing that was strange was that he had new shoes, and he rarely changes his shoes. He buys new ones only when the ones he has are broken.’

The Old Bailey heard that Selamaj wore ‘distinctive trainers with a thick white sole’ during the attack.

They were later recovered from his home and found to have traces of blood on them. 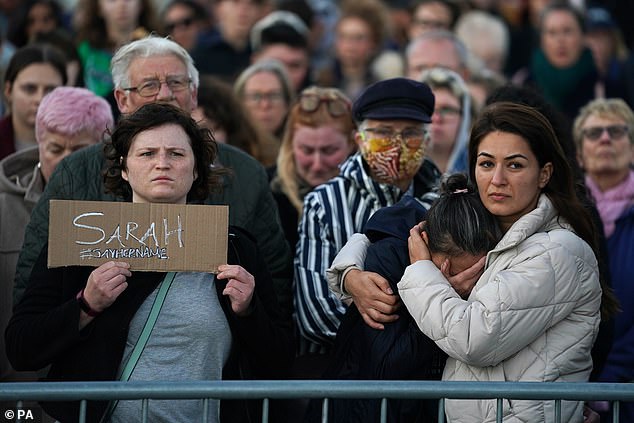 Miss Gherghisan said she is shocked by the extreme violence inflicted on Miss Nessa by Selamaj, whom she met at an Albanian car wash.

The couple married in November 2018 after much pressure from Selamaj, whose native Albania is not part of the EU.

By marrying Miss Gherghisan he would have been able to stay in the UK.

Miss Gherghisan said: ‘He married me for the papers. He told me that in different ways. I remember that nine months after we began a relationship he pressured me into marriage, saying that if I loved him I needed to marry him.

‘He was always anxious and concerned about being deported. And I agreed in order for him to be at peace. I loved him.’

Miss Gherghisan – who was taken into care at two and was a homeless teenager when she had her own daughter adopted – is now trying to come to terms with Miss Nessa’s murder at Cator Park in Kidbrooke, south-east London, on September 17.

She sobbed at a vigil in Eastbourne for Miss Nessa before visiting Kidbrooke to try to make sense of the atrocity.

‘I wanted to give Sabina’s family my condolences at the vigil held in Eastbourne,’ she said. ‘I went to see the crime scene and the park where it all happened and I took pictures of the area. I will never understand why he planned to kill Sabina.’