The heartbroken family of two young women who were tragically killed in a horror crash have demanded answers after blaming potholes for the crash.

Taneil Harris, 21, and Kyah Morgan, 15, were travelling on Mollenhagen Road in Stockleigh, south of Brisbane, on June 22 when the car they were in collided with a tree and flipped, killing them instantly.

Kyah’s grandmother, Adrienne Conquest told the Courier Mail a driver who was travelling behind the car when it crashed had reached out to the family.

‘We were told by a person that was travelling behind that the front tyre hit out when she hit the pothole, and from then on the car flipped,’ Ms Conquest said, before adding the crash still remains under investigation. 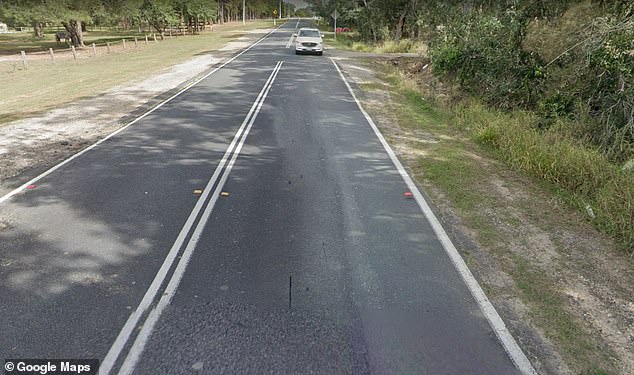 Mollenhagen Road in Stockleigh where potholes are becoming an increasing problem 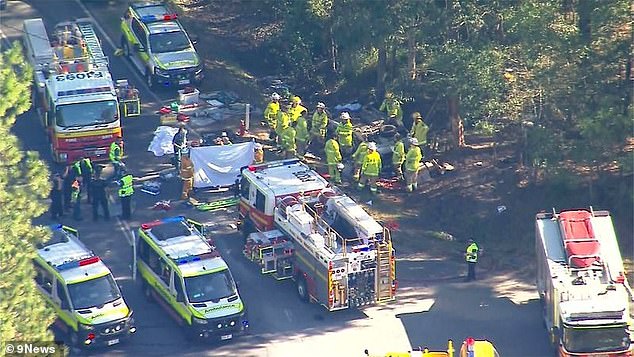 On June 22, Taneil Harris, 21, and Kyah Morgan, 15, were travelling on Mollenhagen Road in Stockleigh when the car they were in collided with a tree and flipped, killing them instantly

The family insisted Teneil wasn’t speeding or hooning at the time of the crash.

The grieving family is now pleading with council for the numerous potholes along Mollenhagen Road to be fixed.

Logan MP Linus Power expressed his sympathies for the family following the crash and said potholes in the area were caused by recent wet weather.

‘Stockleigh Road and its connector through Mollenhagen Road are where you have to drive to the conditions,’ he said.

‘There has been potholes on the road from recent rain and it is always essential that people drive carefully through those roads.’

Police Inspector Lou Serafin said the incident was being investigated.

‘The matter is still under investigation,’ said Inspector Serafin.

‘But I can say it was a single vehicle traffic crash and the vehicle did leave the road.

‘Police would like for any person who has dashcam or witnessed the traffic crash to come forward and provide information through Crimestoppers.’ 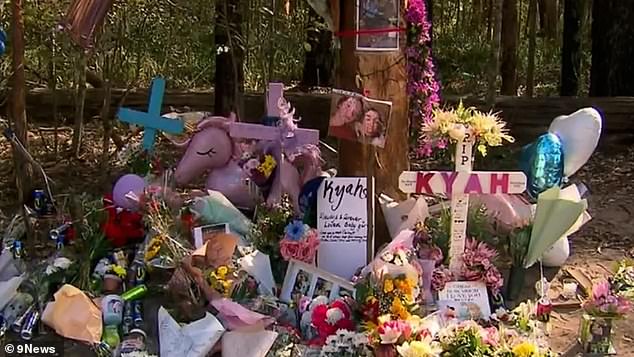 The roadside memorial on Mollenhagen Rd, Stockleigh paying tribute to two girls who lost their life

There has been a GoFundMe set up for the family to help them cover funeral costs.

‘The family now need help to arrange for funerals and ongoing medical expenses,’ he wrote.

‘They would appreciate any donations big or small or to even just share this campaign.’