Federal agents who have been conducting a long-running probe of the president’s son Hunter Biden believe they have ‘sufficient evidence’ to charge him with tax fraud and making a false statement on a gun permit, according to a bombshell report in the Washington Post.

Federal prosecutors have made no decision on charging Hunter Biden with a crime, and his lawyer blasted what he called a DOJ ‘leak,’ demanding an investigation of anyone who put out the information.

Hunter paid an outstanding tax liability back in 2020 and acknowledged a probe into what he called his ‘tax affairs.’

The case is being overseen by a U.S. attorney in Delaware. Biden and AG Merrick Garland have repeatedly said they would leave the case to career prosecutors.

The gun purchase matter relates to standard paperwork for purchasing a weapon. On the form Hunter denied using unlawful drugs or being addicted to drugs. 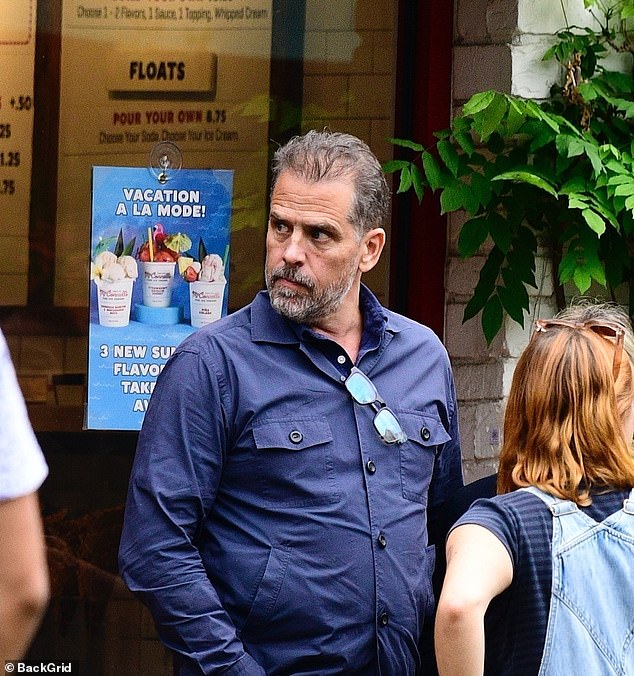 Hunter Biden has been under investigation for years on tax and other matters. In 2020 he acknowledged a government probe and settled a back payment

He has disclosed in his own memoir that he was addicted to crack cocaine and has struggled with drug and alcohol use.

Images found on his infamous laptop, which emerged weeks before Election Day 2020 and which experts who analyzed data have told DailyMail.com is authentic, contain images appearing to show crack cocaine use.

Emails traced to the laptop also point to an array of business activities in China and other locations.

The gun matter is of the type that prosecutors sometimes charge and sometimes overlook. But according to DOJ figures cited by the Post, there were 478 referrals for lying on firearms forms the year of Hunter Biden’s purchase, with charges filed in 298 cases.

White House chief of staff Ron Klain vouched for the president’s son in a TV interview in April. 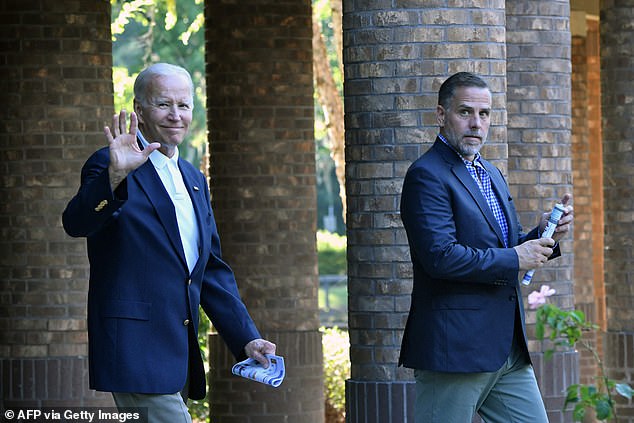 The White House said ‘no one’ at the White House was involved in the allegations regarding the president’s son, which Chief of Staff Ron Klain called a ‘private matter’ 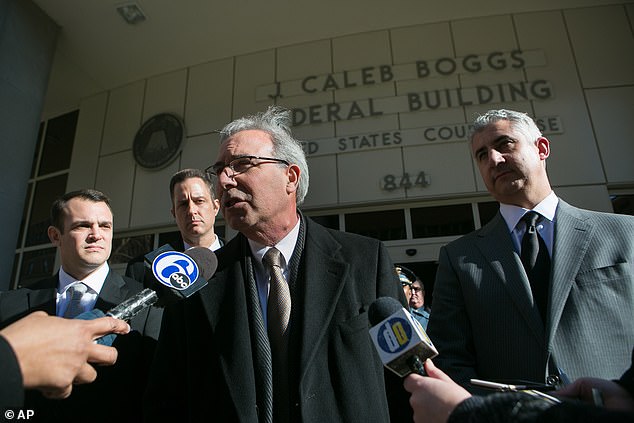 Acting U.S. Attorney David Weiss is overseeing the probe. AG Merrick Garland has said he would defer to the Trump-appointed prosecutor

‘Of course the president’s confident that his son didn’t break the law,’ Klain said.

‘But most importantly, as I said, that’s a matter that’s to be decided by the Justice Department, by the legal process. It’s something that no one at the White House has involvement in.’

Hunter’s lawyer, Chris Clark, teed off on ‘leakers’ in his own response to the story.

‘It is a federal felony for a federal agent to leak information about a Grand Jury investigation such as this one,’ he said in a statement to the Post. ‘Any agent you cite as a source in your article apparently has committed such a felony. We expect the Department of Justice will diligently investigate and prosecute such bad actors. ‘

‘As is proper and legally required, we believe the prosecutors in this case are diligently and thoroughly weighing not just evidence provided by agents, but also all the other witnesses in this case, including witnesses for the defense. That is the job of the prosecutors. They should not be pressured, rushed, or criticized for doing their job.’

Hunter’s business practices have come under increased scrutiny as media organizations continue to probe the contents of material derived from Hunter’s laptop.

He and Biden’s brother James were reportedly paid an estimated $5million by Chinese energy giant CEFC.

‘I want to just be really clear, these are actions by Hunter and his brother. They’re private matters. They don’t involve the president. And they certainly are something that no one at the White House is involved in.’

The trove of emails uncovered on Hunter’s laptop, which a Wilmington repair shop owner says someone resembling Hunter dropped off at his repair shop and never picked up, include emails making reference to an apparently dysfunctional tax situation.

‘You need to get 2017 filed so we can try to work out a payment schedule,’ his accountant Bill Morgan wrote him, in messages CNN said it authenticated.

At the time, the IRS was still pinging him to make due on his 2015 return.

‘They want $158,000,’ Morgan wrote. ‘IRS has notified the State Department and they will not renew your passport until this is resolved.’