By Sarah Sotoodeh and Adam Manno For Dailymail.Com

The Foo Fighters have cancelled all tour dates following the death of drummer Taylor Hawkins at age 50.

The band revealed the news on their social media on Tuesday afternoon.

‘It is with great sadness that Foo Fighters confirm the cancellation of all the upcoming tour dates in light of the staggering loss of our brother Taylor Hawkins,’ the statement read. 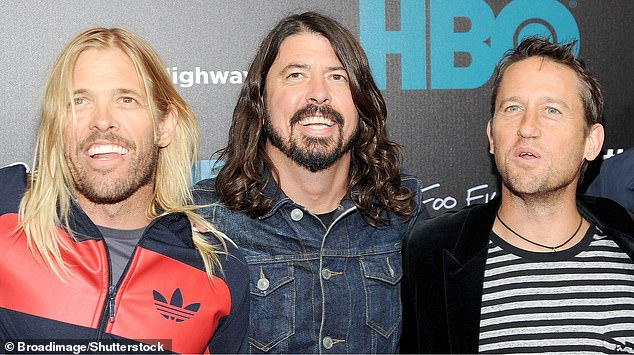 The latest: The Foo Fighters have cancelled all tour dates following the death of drummer Taylor Hawkins at age 50. The band revealed the news on their social media on Tuesday afternoon. From left to right: Taylor Hawkins, Dave Grohl, Chris Shiflett of the Foo Fighters pictured in October 2014 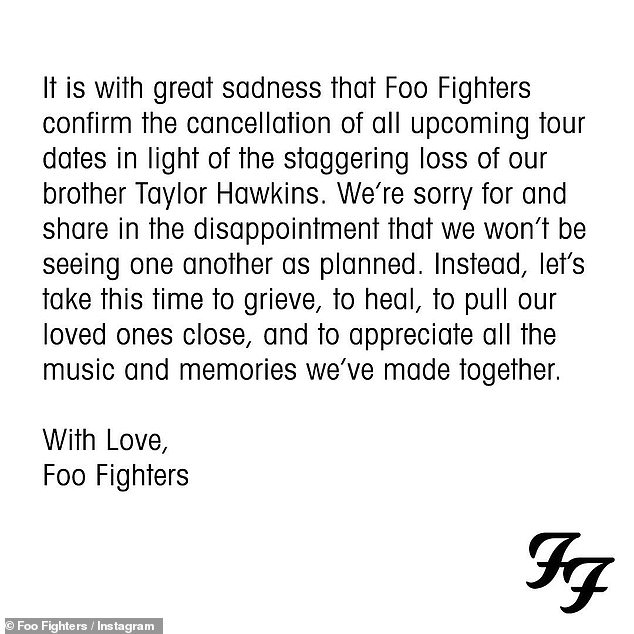 News: The band revealed the news on their social media on Tuesday afternoon

The statement continued: ‘We’re sorry for and share in the disappointment that we won’t be seeing one another as planned.’

‘Instead, let’s take this time to grieve, to heal, to pull our loved ones close, and to appreciate all the music and memories we’ve made together. With love, Foo Fighters.’

The band’s next performance is supposed to be on April 3 at the Grammy Awards; it is unclear if they are still performing.

They were set to go on tour globally after the Grammys. 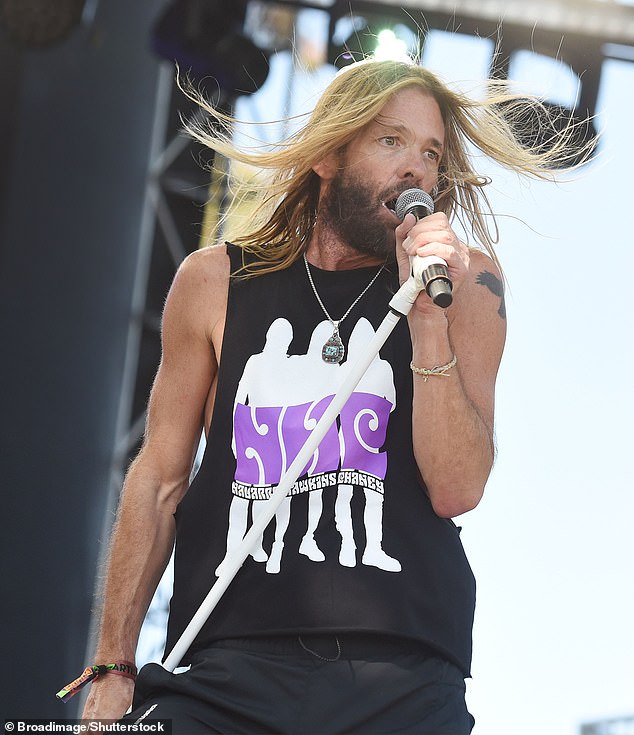 RIP: Taylor died on March 25 from a ‘cardiovascular collapse’ from a drug binge while they were on tour in Colombia; pictured October 2021 in LA

The band is nominated for three Grammy Awards: Best Rock Performance for Making a Fire, Best Rock Song for Waiting on a War and Best Rock Album for Medicine at Midnight.

Taylor died on March 25 from a ‘cardiovascular collapse’ from a drug binge while they were on tour in Colombia.

The drummer died in a hotel room in the north of Colombia’s capital of Bogota.

A toxicology report carried out revealed traces of 10 different drugs in his urine, including opioids, THC, tricyclic antidepressants and benzodiazepines, according to the Attorney General’s Office of Colombia, who shared the statement on Saturday via Twitter (translated from Spanish). 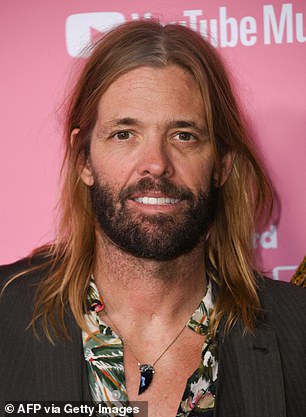 Shocking: Colombia’s Attorney General’s office (AGO) has already confirmed an initial autopsy carried out on Saturday revealed traces of 10 different drugs in Hawkins’ urine, including opioids which can range from heroin to fentanyl and morphine

However, the AGO did not mention cocaine in its post-autopsy statement.

On Friday night, Taylor began complaining of chest pains prior to the band’s headline performance at the Estereo Picnic Festival in Bogota.

His condition subsequently deteriorated and efforts to revive him by a private doctor and city emergency responders failed, according to the city’s health secretary.

‘The health professional who attended the emergency indicated that they performed the respective resuscitation maneuvers. However, there was no response and the patient was declared deceased,’ the statement from the city’s health secretary read.

Hawkins, a father-of-three, suffered a heroin overdose in London in 2001 that left him in a coma for around a week.

In an interview last year he admitted: ‘Everyone has their own path and I took it too far. I was partying in London one night, and I mistakenly did something and it changed everything.

‘I believed the bull***t myth of live hard and fast, die young.

‘I’m not here to preach about not doing drugs, because I loved doing drugs, but I just got out of control for a while and it almost got me.’