A distraught mother slammed a Texas grand jury for refusing to indict the man who shot and killed her young daughter while chasing down a man who’d just robbed him.

On the night of Arlene’s death, Earls was robbed at gunpoint in his car, shortly after using a Chase ATM.

As the suspect fled on foot, Earls got out of his vehicle and opened fire, including at a pickup truck he thought the robbery suspect had climbed into.

However, the pickup truck belonged to the Alvarez family. A bullet hit Arlene in the head, and she was transported to the hospital, where she died a month and a half later.

Alvarez blasted the grand jury’s decision at a press conference on Tuesday, saying: ‘It was proven [the suspect] never jumped into our vehicle, so I don’t understand [Earls] innocence. He gets to see the light my daughter doesn’t, my daughter is still dug down underground.’

‘He knew what he was doing, and he knew he was going to kill intentionally whoever was in that vehicle.’

Earls was ultimately able to escape a possible murder or manslaughter charge because he had just fallen victim to a crime.

Jurors ultimately agreed with his defense team’s assertion that he was entitled to protect himself and his property. 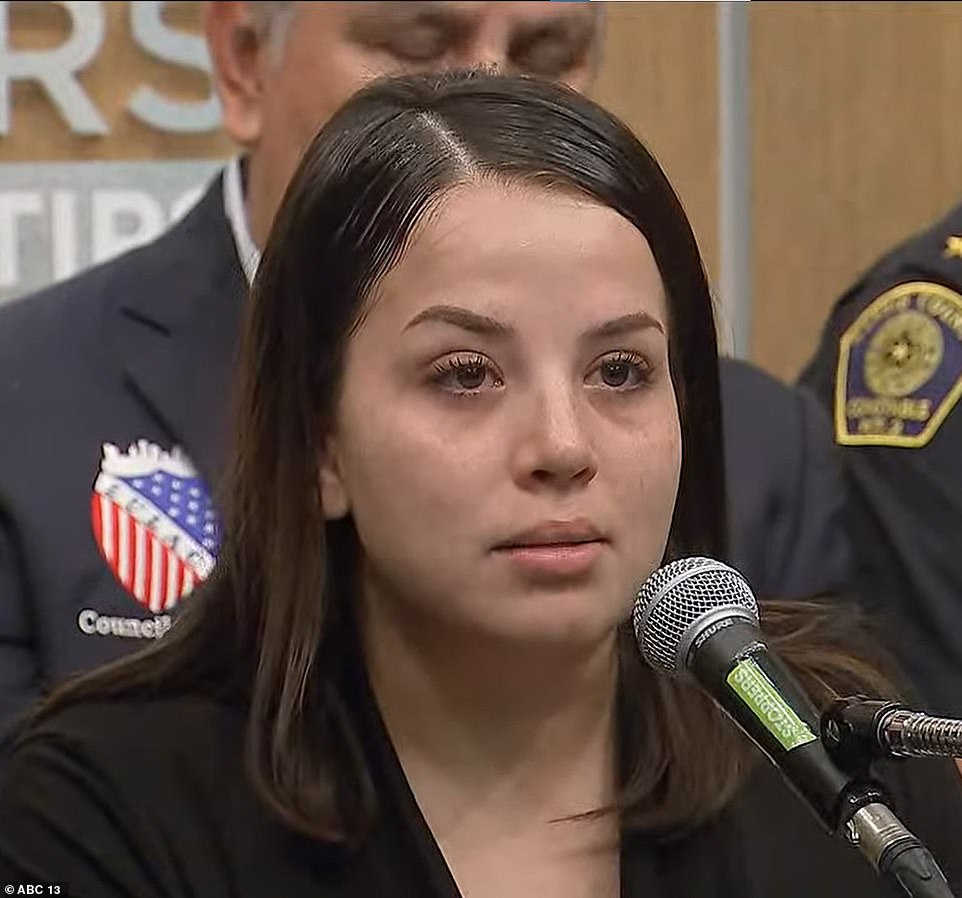 Gwen Alvarez (pictured) held back tears at a press conference on Tuesday after as she said she didn’t understand his ‘innocence,’ while her daughter laid in a grave 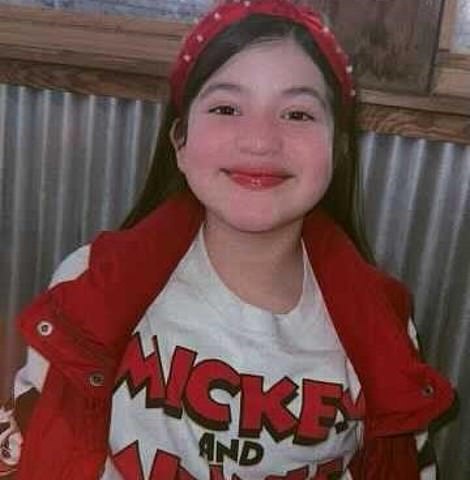 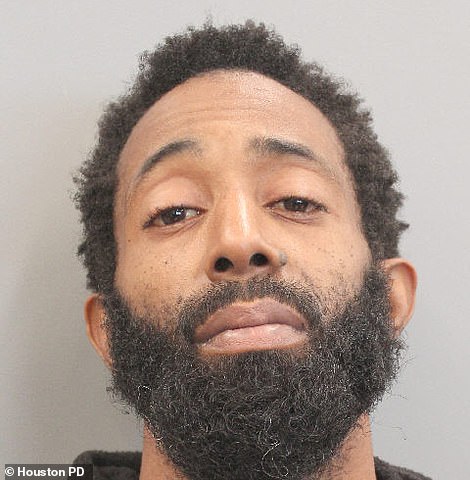 The mother said she was ‘dragged’ to the press conference before criticizing the jury’s decision, saying she was ‘angry’ and ‘aggravated.’

‘I lived that moment and I go back to that day every night,’ she said, holding back tears. ‘Maybe Earls wasn’t accountable for his actions, but he knows with what intentions he shot at our vehicle [with], because self-defense is not more than nine shots.’

The grieving mother also worried her daughter wasn’t good ‘spiritually’ after death and is now calling for people to ‘stop shooting into vehicles.’

‘There’s a lot people dying, there’s a lot of children dying. Our future is dying,’ she said about the multiple shootings since her daughter’s death. ‘What is wrong with your guys? 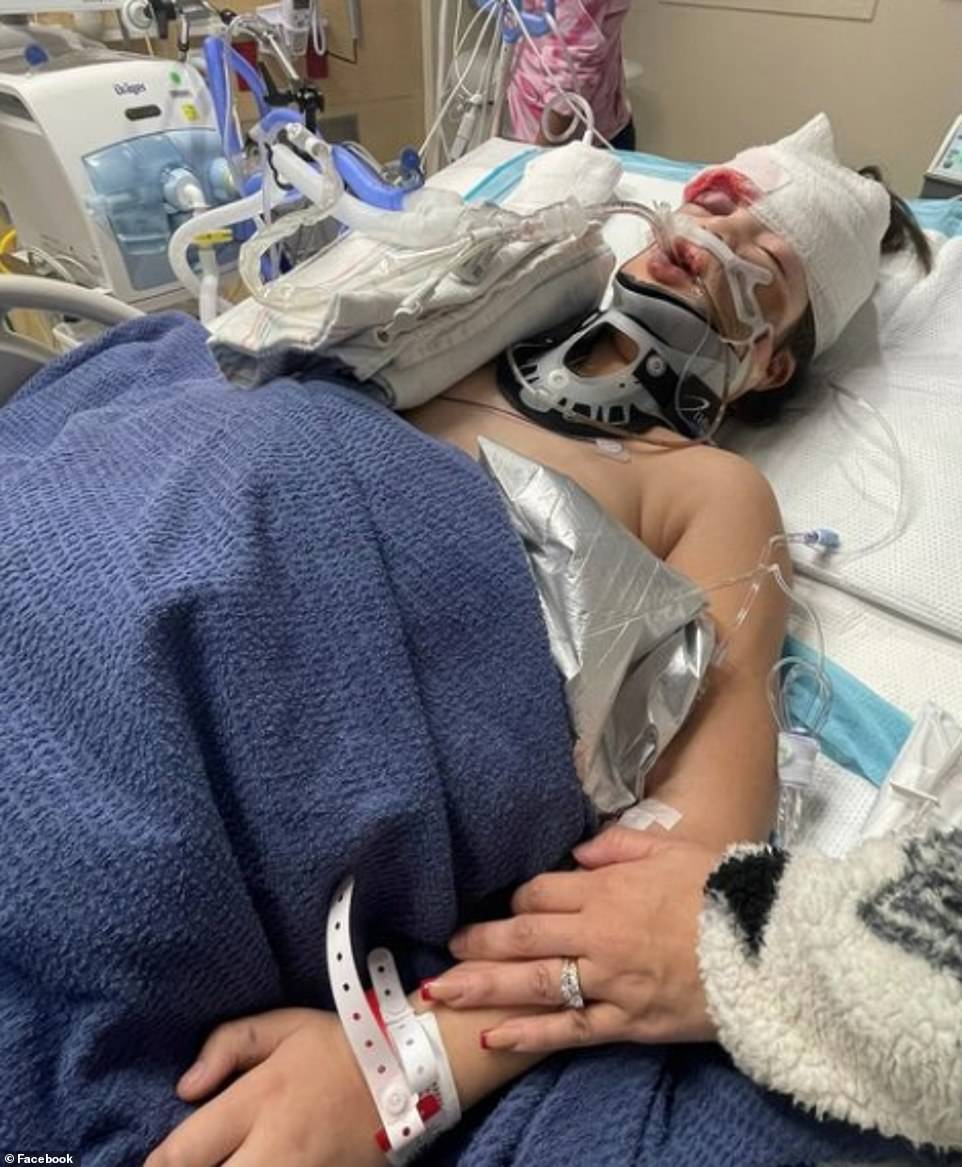 Arlene (pictured in the hospital) was shot in the head and was taken to the hospital, where she died a month and a half later

Arlene’s father previously said she was wearing headphones during the shooting and didn’t hear her father when he told the family to ‘get down.’

‘She was the only one who didn’t get down. She didn’t hear me,’ he said earlier this year.

Alvarez said he was driving his family to Arlene’s favorite restaurant when the shooting happened.

He said his instinct was to drive faster when he heard the shooting start, to get away from the scene.

Earls later called police to report the robbery and told authorities he did not know his gunfire had hit the truck.

Earls was charged with aggravated assault for the shooting, but it were dropped on Tuesday and cannot be presented again, according to Harris County District Attorney Kim Ogg.

‘The grand jury, a random group of ordinary people in Harris County who answered their jury summons, heard the evidence in this case as presented by our prosecutors, heard all of the possible charges – from murder to manslaughter to aggravated assault to criminally-negligent homicide,’ Ogg said. 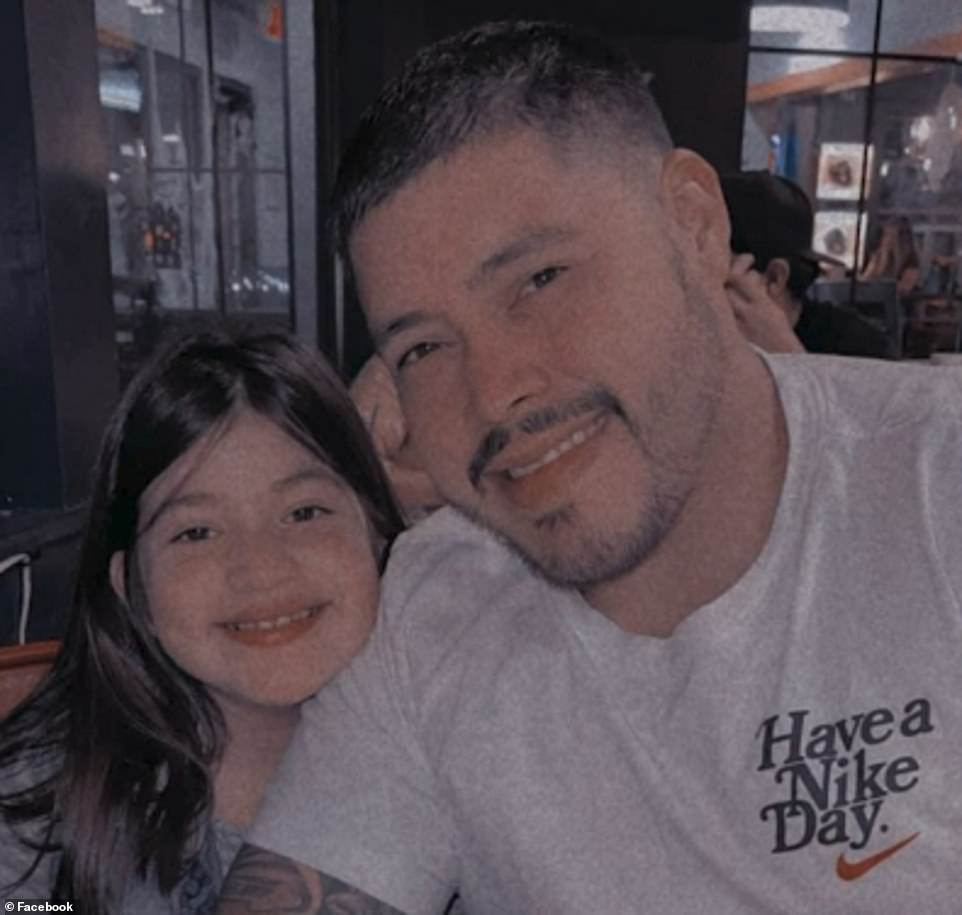 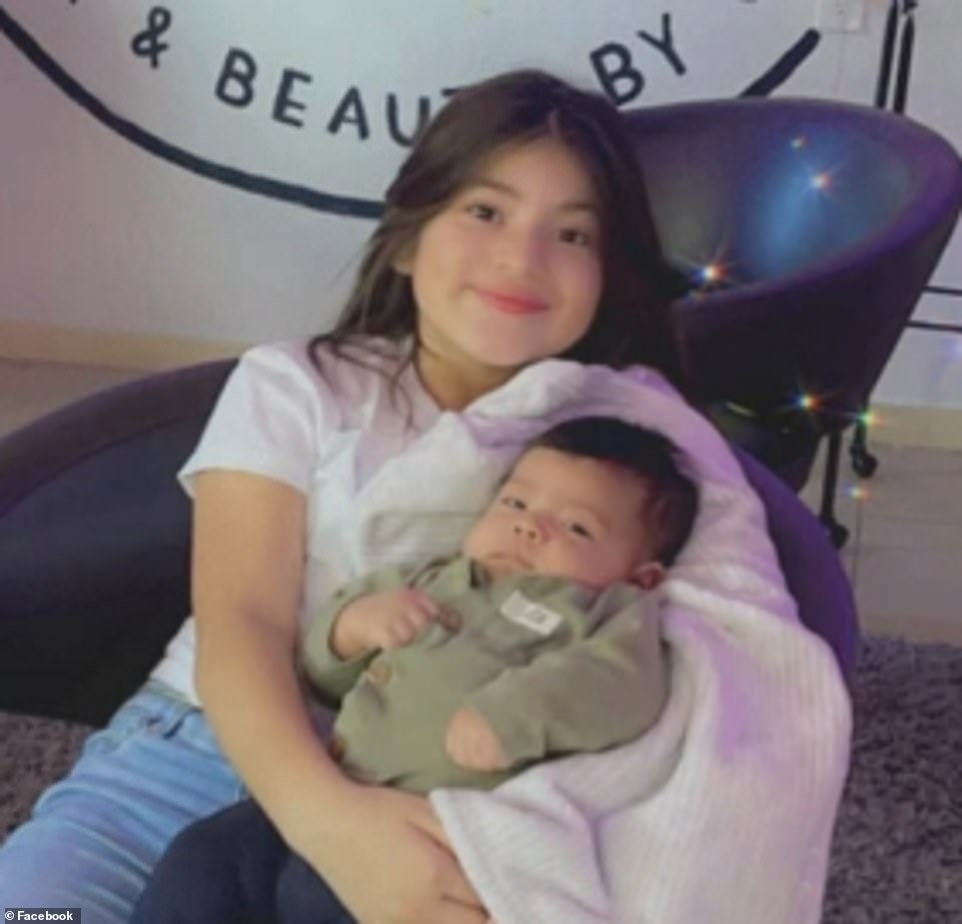 The DA also said that deadly force can be sometimes excused when it comes to property protection.

Now, the Alvarez family is turning their attention to the aggravated and asking the community to help identify him.

‘Please, help us look for this person,’ Gwen ask on Tuesday.

A now $30,000 reward is being offered to help identify the ‘killer,’ according to ABC 13 Houston.

Earls attorneys extended their condolences to the Alvarez family, but also said they believed Earls did what ‘anyone in that situation would have done.’

They also threw shade at the DA, saying in a statement: ‘We also hope that the DA’s office will not be so hasty in the future to charge the best available person, but rather, the most appropriate one.’