Tributes have poured in for Godfather star James Caan following his death at the age of 82.

The actor — whose most memorable role was as Sonny Corleone in Francis Ford Coppola’s masterpiece The Godfather — died on Wednesday evening.

His family said in a statement on Twitter: ‘It is with great sadness that we inform you of the passing of Jimmy on the evening of July 6. 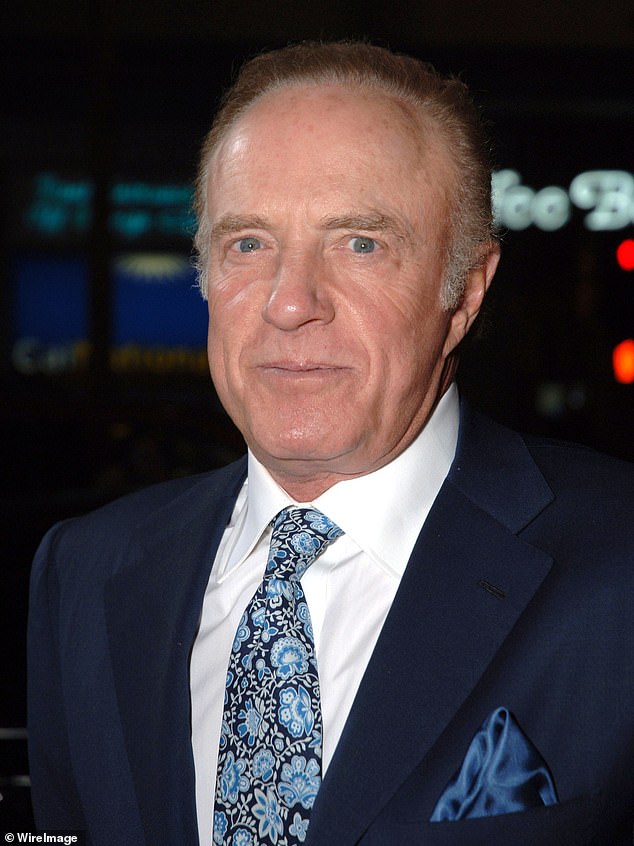 ‘A legend’: Tributes have poured in for Godfather star James Caan following his death at the age of 82. He is pictured here in 2007

‘The family appreciates the outpouring of love and heartfelt condolences and asks that you continue to respect their privacy during this difficult time.’

‘Always wanted to be like him. So happy I got to know him. Never ever stopped laughing when I was around that man. His movies were best of the best. We all will miss him terribly. Thinking of his family and sending my love.’

Rob Reiner, who directed Caan’s movie Misery, wrote: ‘So sorry to hear the news. I loved working with him. And the only Jew I knew who could calf rope with the best of them. Love to the family.’

Sweet: Adam Sandler, who was joined by Caan in 1996’s Bulletproof and That’s My Boy (2012), tweeted that he ‘loved’ the veteran actor ‘very much’ and was ‘so happy I got to know him’

Film legend: Rob Reiner, who directed the Caan-starring thriller Misery, wrote that he ‘loved working’ with the late actor 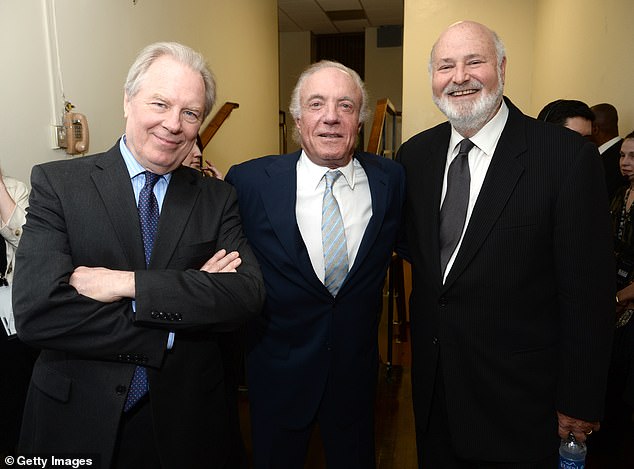 It’s a hit: Reiner and Caan’s adaptation of Misery, based on the book by Stephen King, was a critical and commercial success; Caan (center) seen with Reiner (R) and Michael McKean (L) in 2014 in NYC 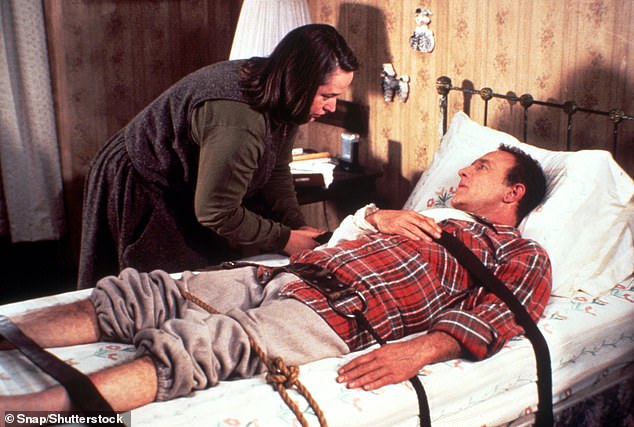 Chilling: Caan starred in Misery (pictured) as a popular writer who is imprisoned by a homicidal nurse (Kathy Bates) obsessed with his romance series after she finds him in the wake of a car crash

Maria Shriver wrote: ‘So sad about Jimmy Caan. He was a legend. He was always kind to me. Sending his family my love.’

Guardians Of The Galaxy director James Gunn wrote: ‘Rest In Peace James Caan. There are so many movies of his I love, The Godfather films of course being at the very top, but here are a few more I adore (Thief in particular was a Gunn family classic — I had the poster on my wall in high school).’

The filmmaker included several posters for Caan’s most acclaimed films, including Michael Mann’s thriller Thief (1981), The Gambler (1974), the buddy police comedy Freebie And The Bean (1974) and Wes Anderson’s feature debut Bottle Rocket (1996), which Caan starred in with Luke and Owen Wilson. 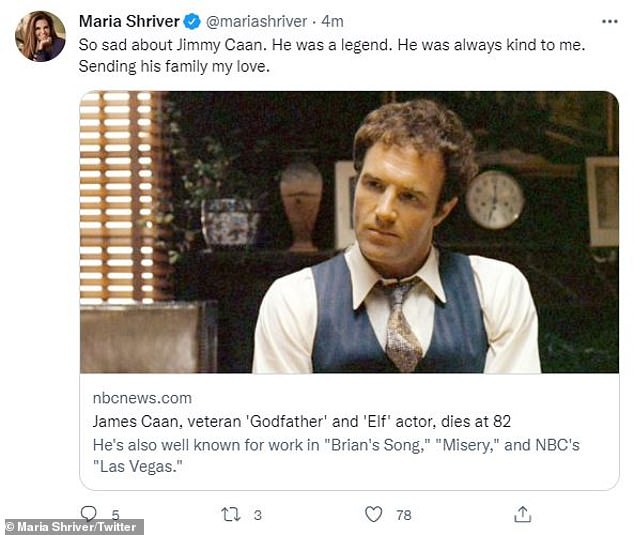 Paying tribute: Maria Shriver wrote: ‘So sad about Jimmy Caan. He was a legend. He was always kind to me. Sending his family my love.’ 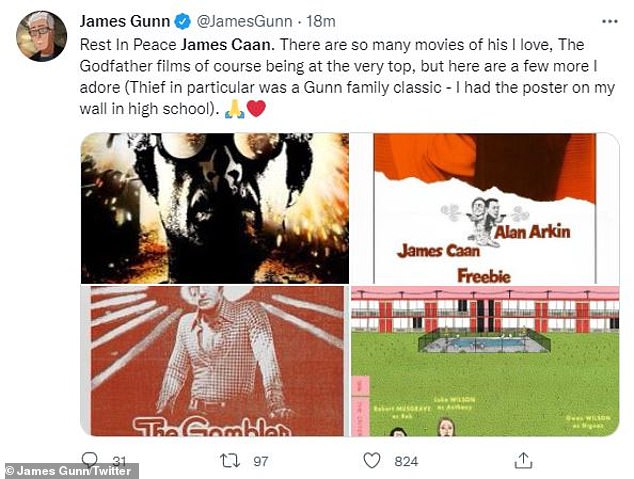 Impressive filmography: Guardians Of The Galaxy director James Gunn singled out some of his favorite Caan performances in Michael Mann’s Thief (1981) The Gambler and Freebie And The Bean (both 1974) and Wes Anderson’s Bottle Rocket (1996)

The movie star began his career appearing in off-Broadway productions.

He subsequently starred in numerous TV roles, including appearances in the ABC series ‘Naked City’, as well as ‘Route 66’, ‘Alcoa Premiere’ and ‘The Untouchables’.

Caan made his film debut in 1963, when he starred in ‘Irma la Douce’, an American rom-com. He also appeared in ‘The Glory Guy’ in 1965 and ‘Brian’s Song’ in 1971, before he landed his breakout role in the Francis Ford Coppola-directed ‘The Godfather’ in 1972.

In the iconic film, he appeared alongside a host of Hollywood A-listers, including Al Pacino, Marlon Brando and Robert Duvall.

The New York-born star reprised his most iconic character in ‘The Godfather Part II’ in 1974.

Caan only worked sporadically during the 1980s, but he still appeared in a number of well-known films over recent decades, including ‘Thief’ in

Caan was also set to star alongside the likes of Oscar Isaac, Zendaya, Adam Driver and Cate Blanchett in ‘Megalopolis’, the much-hyped new movie from legendary filmmaker Francis Ford Coppola.

Caan was married four times, but got divorced to his last wife, Linda Stokes, in 2017.