Three people are dead and several others are fighting for life after a horror crime spree spanning multiple states ripped across Australia’s east over the weekend.

Over the past 72 hours, NSW Police have been run off their feet as officers grapple with a number of alleged stabbings throughout the state.

On Sunday, three men were knifed at a birthday party in Sydney while another man faced court charged with murder over an alleged fatal stabbing in the city’s west the day before.

Two women were later arrested in the Harbour City during the early hours of Monday after a cop was allegedly bitten on the hand while trying to break up a massive brawl.

Meanwhile, a boy has also been charged with murder in the Northern Rivers region after a teenager died after allegedly being stabbed at a KFC in Casino on Sunday.

The shocking string of arrests extended into Queensland, where a man was charged with attempted murder after a teenager was allegedly stabbed multiple times during a fight on the Gold Coast.

And in Victoria, police have been busy investigating a mass brawl caught on camera that erupted after the AFL’s blockbuster match between Collingwood and Carlton in Melbourne.

Detectives are also on the hunt for a man who allegedly exposed himself to shoppers in a Melbourne department store before fleeing the scene, while a murder investigation has been launched after a woman died in Bacchus Marsh.

Here is a breakdown of the police call outs to major incidents over the weekend:

Two men are fighting for life and a third has been hospitalised after several revellers were stabbed at a 22nd birthday party in Sydney’s inner city during the early hours of Sunday.

Emergency services were called to Cleveland Street in Redfern about 3.45am following reports of a brawl outside the Norfolk Hotel, where the event had been held.

Three men – all from Western Sydney – were found nearby with serious stab wounds.

An 18-year-old was taken to Royal Prince Alfred Hospital in a critical condition with wounds to his abdomen.

A 19-year-old was taken to St Vincent’s Hospital, also in a critical condition, with serious injuries to his chest.

A third man, aged 20, was taken to Prince of Wales Hospital in a stable condition with injuries to his arm. 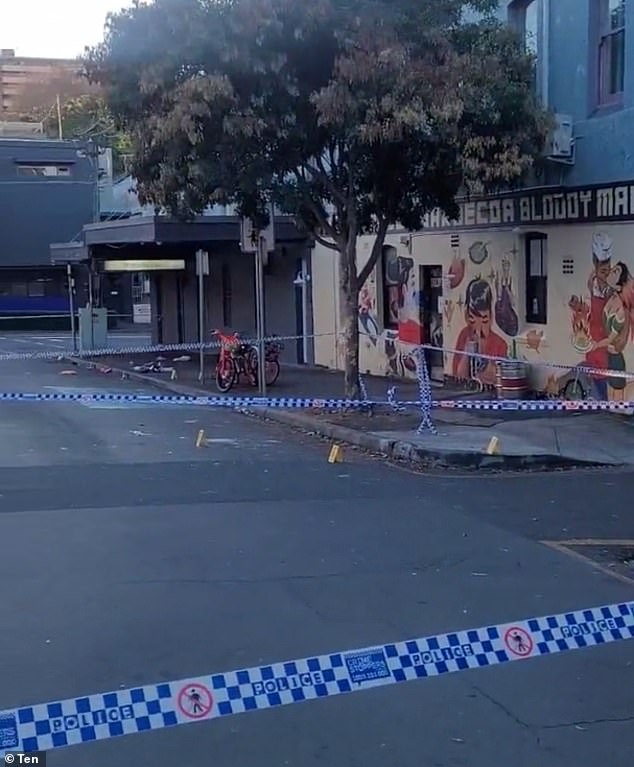 Pictured: Police have cordoned off the area around a Cleveland Street venue where three men were stabbed during the early hours of Sunday

‘When paramedics arrived on scene there was great concern for all three patients, particularly the teenager who was unconscious and bleeding heavily from his abdomen,’ NSW Ambulance inspector Dominic Wong said.

‘We believe that this is a targeted attack and we believe that something has occurred away from the licensed premises after the party has concluded which has resulted in these three males being stabbed,’ Superintendent Hart said.

‘It is concerning that they would attend the party armed with a knife.’

Police do not have a description of an offender and have not located the weapon used.

As of Sunday afternoon, the three injured men remained in hospital and were yet to be interviewed by police.

Teen dead after stabbing at KFC

A teenage boy has been charged with murder following the death of a 17-year-old and the wounding of another teen in northern NSW.

Emergency services were called to a KFC store on Centre Street, Casino, about 5.10pm on Sunday to reports of a brawl.

A 17-year-old boy died at the scene while an 18-year-old man was taken to Lismore Base Hospital for treatment. He remains there in a stable condition.

NSW’S State Crime Command Homicide Squad has sent detectives up to Casino to investigate the incident.

Following inquiries, a teenage boy, also aged 17, was arrested on Diary Street at Casino at 7.45pm.

He was taken to Casino Police Station where he was charged with murder, reckless wounding, and affray.

The teen was refused bail to appear at a Children’s Court on Monday. 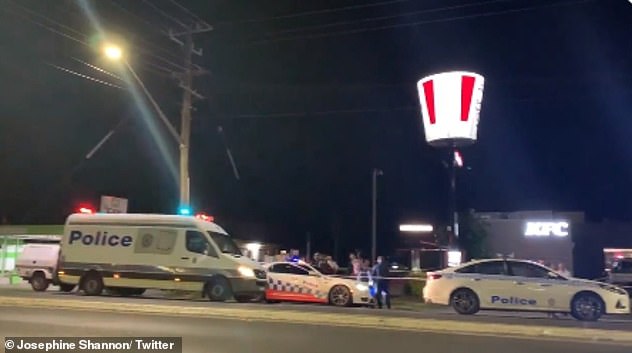 Police rushed to the restaurant in Casino in NSW’s northern rivers region at 5.10pm on Sunday and found two teenagers with stab wounds (pictured is the scene)

A woman has been arrested after a police sergeant was allegedly bitten on the right hand while attempting to arrest her at Surry Hills.

Officers were called to a fast-food restaurant on Oxford Street about 2.30am on Monday to reports a customer was abusing staff and customers.

‘Police were told a 22-year-old woman had become aggressive with staff before striking and biting patrons,’ NSW Police said in a statement.

‘When police attempted to arrest her, a struggle ensued during which the male sergeant was allegedly kicked in the groin and bitten on the right index finger, causing a deep wound.’

The woman was taken to Surry Hills Police Station before being escorted to St Vincent’s Hospital for assessment, where she remains under police guard.

The 47-year-old sergeant has had tests and preliminary treatment by staff at Sydney Hand Hospital and was released; however, may yet need to undergo surgery.

A second woman who was also arrested at the time has been released without charge. 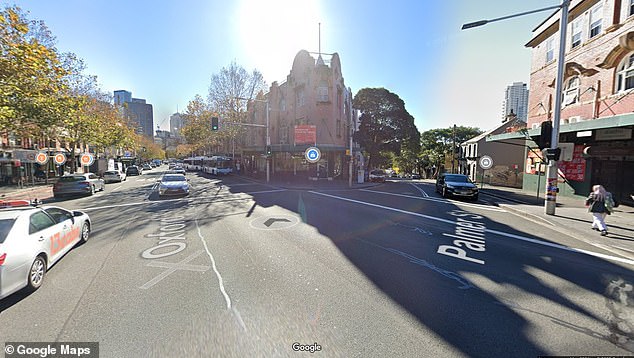 A man has faced court charged with murder after another man died in hospital following a domestic-related stabbing in Sydney’s south-west.

Emergency services responded to a home in Torrington Avenue, Sefton, about 4am on Saturday after reports of a stabbing.

NSW Ambulance paramedics treated a 63-year-old man suffering stab wounds to his neck. He was taken to Liverpool Hospital in a serious condition.

Police were later notified the injured man had died in hospital.

The younger man has now been charged with murder and wound with intent to cause grievous bodily harm.

He was refused bail to appear at Parramatta Local Court on Sunday. 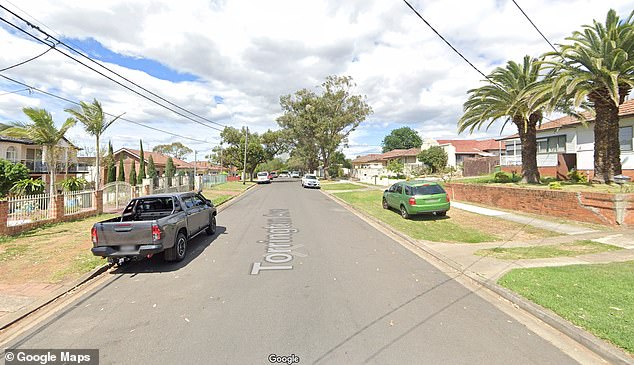 A man has been charged with murder after a man, 63, died after he was allegedly found with stab wounds at a home in Torrington Avenue (pictured), Sefton

Two men charged after a brawl in Newcastle

Police were called about 3.30am on Sunday to reports the occupants of a station wagon began arguing with a group of people standing on the road at the intersection of Hunter and Steel streets, in Newcastle West.

The vehicle was initially driven away but returned a short time later with two men getting out and a confrontation ensued.

The men returned to the car and drove away.

Emergency services attended and treated an 18-year-old man for cuts to his face.

About 4.05am, officers stopped the vehicle at Hunter Street and Stewart Avenue, Newcastle West, and arrested two men, aged 26 and 33.

They were taken to Newcastle Police Station and charged.

The older man has been charged with assault occasioning actual bodily harm and affray. He was refused bail and will appear in Newcastle Local Court on Monday.

The younger man has been charged with affray. He was granted conditional bail to appear in Newcastle Local Court on Thursday 23 June 2022.

Alleged stabbing in the Gold Coast

An 18-year-old man was charged with attempted murder on Sunday after he allegedly stabbed another teenager on the Gold Coast.

Emergency services were called around to a disturbance at Rifle Bird Street, Coomera, about 11.30pm on Saturday after two 18-year-old men allegedly became involved in a verbal fight that turned physical.

Police will allege one man then chased the other to nearby parkland off Picnic Creek Road, before allegedly stabbing him multiple times on the arms and leg causing serious injuries.

The victim, an 18-year-old Coomera man was taken to hospital where he remains in a serious condition with non-life threatening injuries.

An 18-year-old Mudgeeraba man was taken into custody at a nearby residence. He was denied police bail and will appear in Southport Magistrates Court tomorrow, Monday May 30. 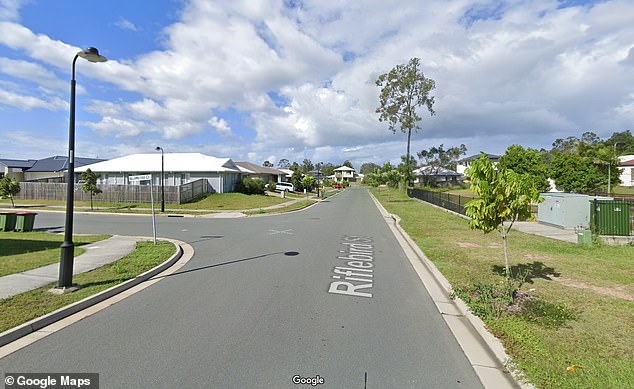 Police were called around called to a disturbance at Rifle Bird Street (pictured), Coomera, about 11.30pm on Saturday

Footage circulating online showed six men fighting at an intersection near the MCG over an hour after the Magpies beat the Blues 79 (11.13) to 75 (11.9).

The men can be seen punching and kicking each other before one of them falls to the ground.

A Victoria Police spokesperson said officers were called to Punt Rd, near the intersection of Wellington St, around 7.30pm following reports of the fight.

Police are yet to receive a formal report of an assault, but are appealing for anyone who was involved and or anyone who may have been injured in the incident to come forward. 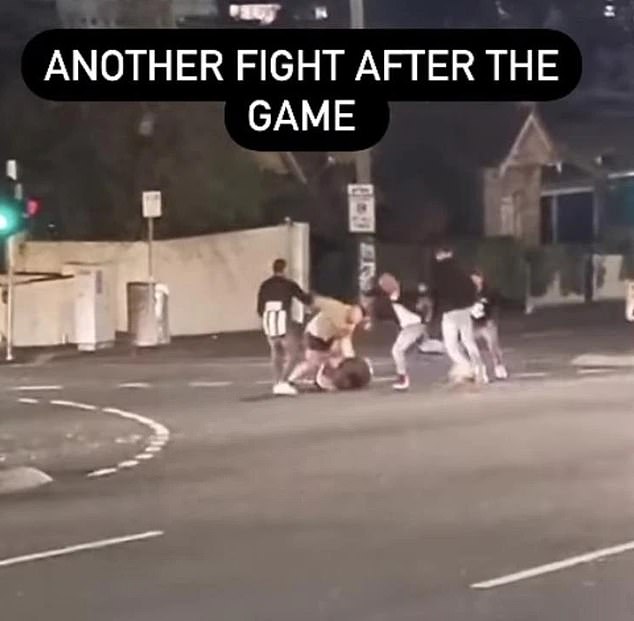 Mernda Sexual Offences and Child Abuse Investigation Team detectives are appealing for public assistance after a man exposed himself at a shopping centre in Mill Park last week.

It is believed a man entered the store at about 2.45pm on Saturday 21 May.

The man exposed himself whilst in the department store, in Melbourne’s northeast, and then left.

Investigators have released an image of a man that may be able to assist with their enquiries.

The man is described as being aged in his late 60s with thinning grey hair and facial hair.

He was wearing a black jumper, grey pants and dark grey runners.

Any witnesses or anyone one with information is urged to contact Crime Stoppers on 1800 333 000 or make a report online at www.crimestoppersvic.com.au. 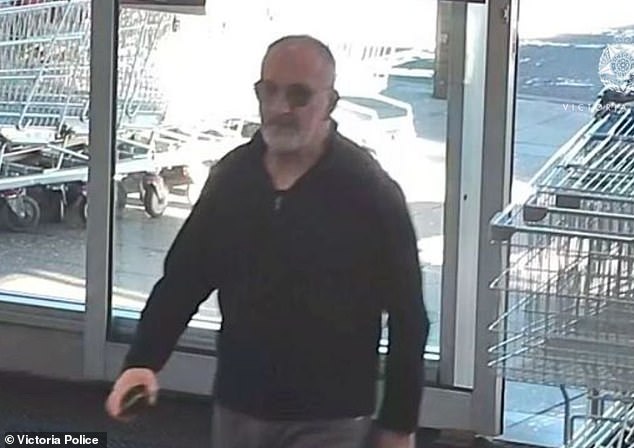 Homicide Squad detectives are investigating the circumstances surrounding the death of a woman in Darley on Saturday night.

Emergency services were called to an address in Egan Court about 10.30pm.

On arrival police found a woman believed to be in her 60s with critical injuries, she could not be revived.

A man, believed to be in his 20s, has been taken into custody and is assisting police with their enquires.

Investigators are not looking for anyone else in relation to the matter.