Vice President Kamala Harris made a surprise stop to the scene of Monday’s Fourth of July mass shooting in Highland Park, Illinois after delivering remarks in Chicago Tuesday calling for an assault weapons ban.

Harris and Second Gentleman Doug Emhoff greeted local officials nearby where a shooter killed seven people who were attending the Chicago suburb’s Fourth of July parade.

‘We’re here for you and we stand with you,’ Harris told police and other officials gathered near the crime scene. ‘And of course as we always say – because it is true – our prayers are with you.’

Strollers, children’s bikes and other toys were still scattered along the brick sidewalk, where they were left Monday when the gunman started shooting.

‘There’s a lot of healing that’s going to have to happen that is both physical and emotional,’ the vice president continued. ‘There is no question that this experience is going to linger in terms of the trauma – so I’d like to urge all the families and all of the individuals to seek the support that you so rightly deserve.’

‘We’ve gotta be smarter as a country in terms of who has access to what and, in particular, assault weapons,’ Harris went on. ‘And we’ve got to take this stuff seriously, as seriously as you are because you’ve been forced to have to take it seriously.’

Harris had just spoken at the National Education Association’s annual meeting in Chicago where she addressed the July 4 shooting, but also remarked that ‘our nation is still mourning the loss of those 19 babies and their two teachers in Uvalde.’

‘This massacre was the most recent reminder – in Uvalde – of the risks that our children and our educators face every day,’ she told the teachers union membership. 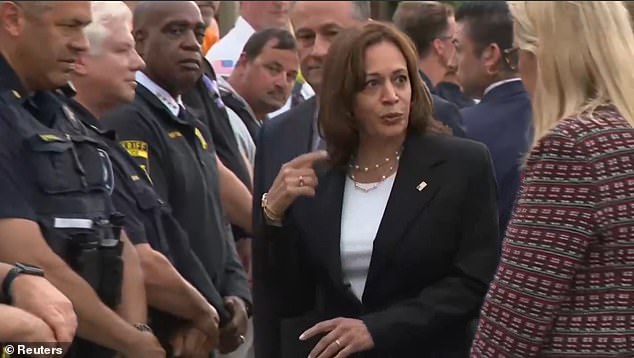 Vice President Kamala Harris made a surprise stop to the site of the July 4 parade mass shooting in Highland Park, Illinois Tuesday night 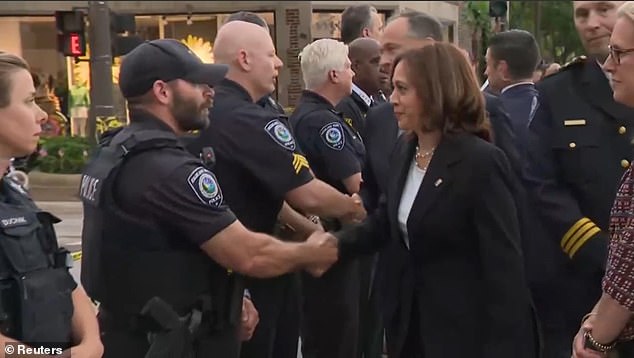 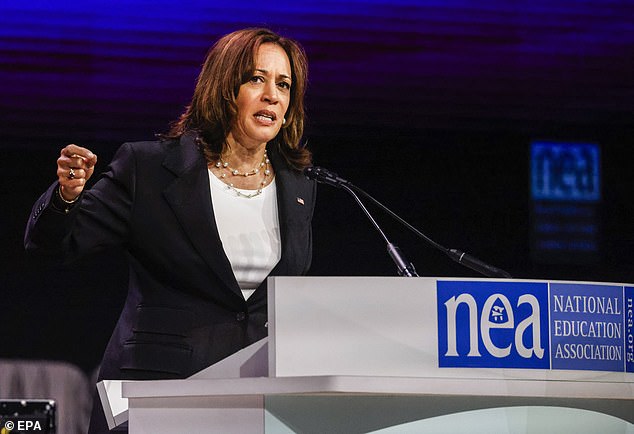 Harris had just spoke at the National Education Association’s annual meeting in Chicago where she addressed the July 4 shooting, while remarking that ‘our nation is still mourning the loss of those 19 babies and their two teachers in Uvalde’ 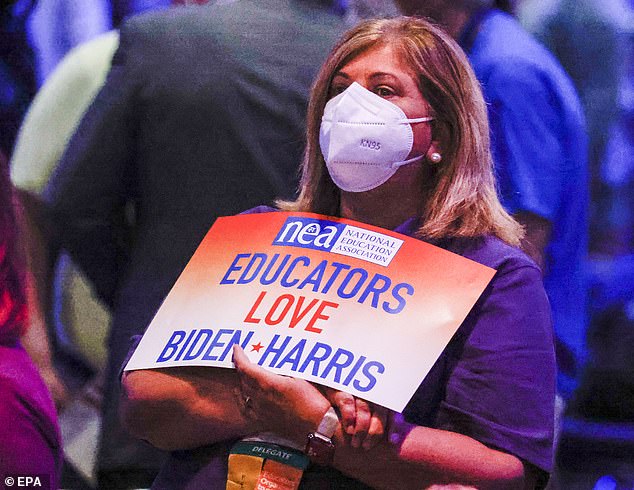 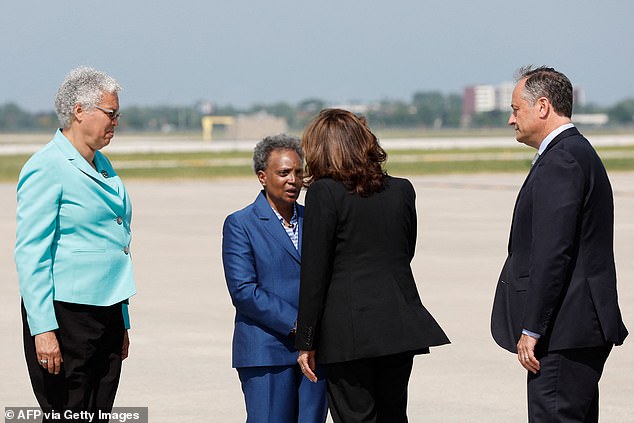 She called the Highland Park parade shooting a ‘tragedy.’

‘As we all know, yesterday should have been a day to come together with family and friends to celebrate our nation’s independence. And instead, that community suffered a violent tragedy. Children, parents, grandparents – victims to a senseless act of gun violence,’ Harris said.

She said that she and Emhoff were mourning the dead and praying for the surviving.

‘And we all grieve, I know, for the lives that are forever changed in that community, including, of course, the students and the teachers of that community who have suffered great loss,’ Harris said.

‘And I don’t need to tell NEA: We need to end this horror. We need to stop this violence,’ she continued. ‘And we must protect our communities from the terror of gun violence.’

‘You know, I’ve said it before: Enough is enough,’ the vice president added.

She pointed to the recent bipartisan gun control bill – but said it didn’t go far enough, calling for the assault weapons ban to be reinstated.

‘There is no reason that we have weapons of war on the streets of America,’ she said. ‘We need reasonable gun safety laws!’ she said to yells and applause from those in the room.

‘I have watched her go from the classroom directly to events at the White House or across the country and around the world, grading papers in between,’ Harris said. ‘So, like you, she is a remarkable educator who inspires us all.’