A bus driver has died in a horror crash with an unmarked police car in Sydney’s west.

Emergency services were called to the intersection of Third and Fifth avenues, Llandilo shortly before 7.20am on Tuesday, following reports of a collision between a car and bus.

The male bus driver died at the scene and is yet to be formally identified.

No passengers were on board the bus at the time. 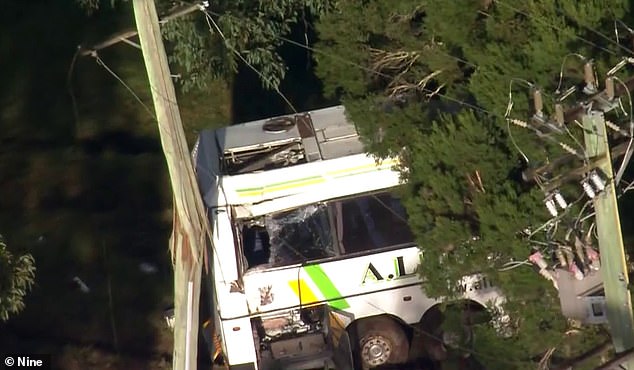 He was taken to Westmead Hospital for treatment where he’ll also undergo mandatory testing.

‘The force of this accident was so great it brought down powerlines which created another challenge for paramedics and other emergency first responders,’ NSW Ambulance Inspector Keith Craig said.

‘Despite his injuries the driver of the car got out and called for assistance after the accident. He should be praised for that effort.’

‘This accident is another reminder about the dangers we all face when we get behind the wheel. I would urge all drivers to take more care and patience on the roads so we can all arrive at our destinations safely.’

Motorists are advised to avoid the area.

A critical incident team will investigate circumstances surrounding the crash, which will also be subject to independent review 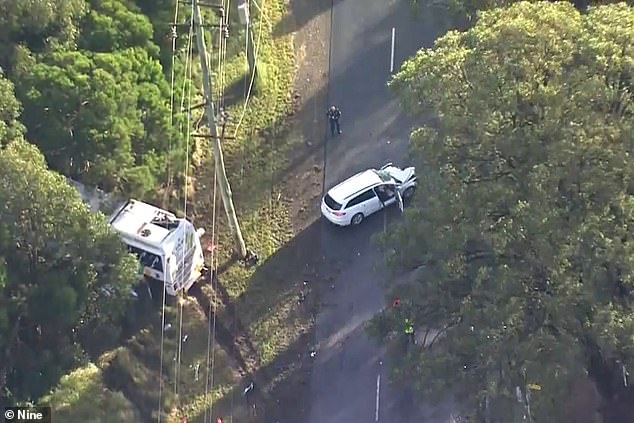