Nick Jonas has begun the birthday celebrations for his wife, Priyanka, by sharing a heartfelt photo series on his Instagram earlier Monday.

The singer, 29, tied the knot with the actress, 40, back in 2018, and soon welcomed their daughter at the beginning of this year in January via surrogacy.

The Camp Rock actor showcased his love for the Quantico actress by adding a sweet caption, calling her his, ‘jewel of July.’ 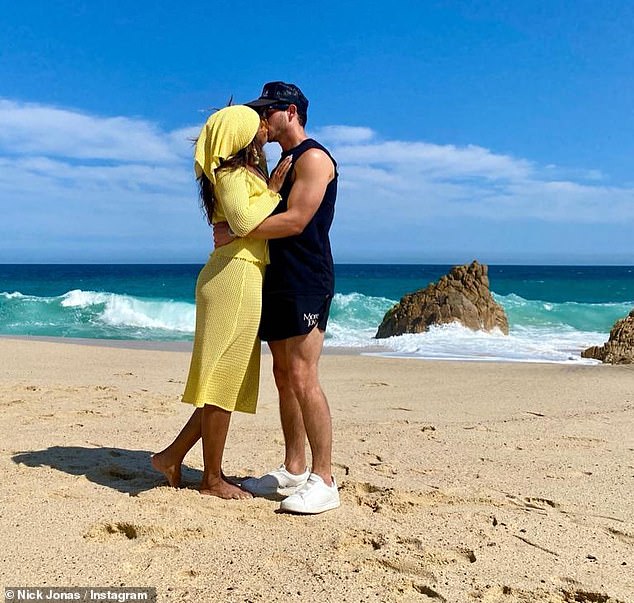 The Close singer uploaded a photo series, showing adorable and heartfelt moments during the course of their relationship.

The first picture he shared was the couple locking lips on the coast of a beach, as they waves splashed down on the sand.

Priyanka was wearing a stunning yellow outfit, while Nick donned a navy tank top and shorts as they enjoyed a day under the sun.

The actor added a few words along with the post, wishing her a happy birthday to his love, ‘the jewel of July. So honored to be on this crazy ride called life with you. I love you.’ 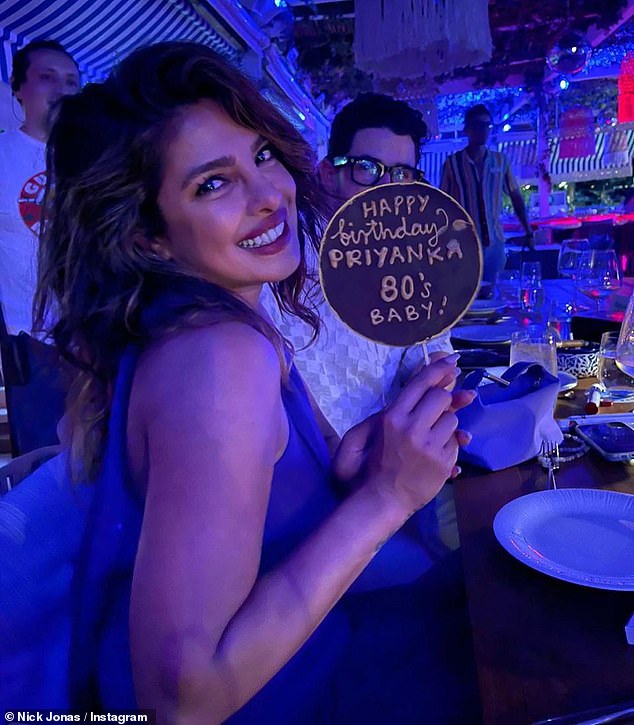 Gorgeous: The singer shared a photo of the actress sending a smile to the camera holding a special birthday sign

The second snap Nick shared with his 32.9 million followers was of Priyanka sending a big smile towards the camera in a dimly lit setting.

She was holding a sign that had, ‘Happy birthday Priyanka 80s baby,’ written on the front, referencing to the year she was born, 1982.

Another photo was of Nick proudly holding what appeared to be a large beach towel with, ‘Priyanka! The Jewel of July est. 1982,’ printed in dark, navy blue. 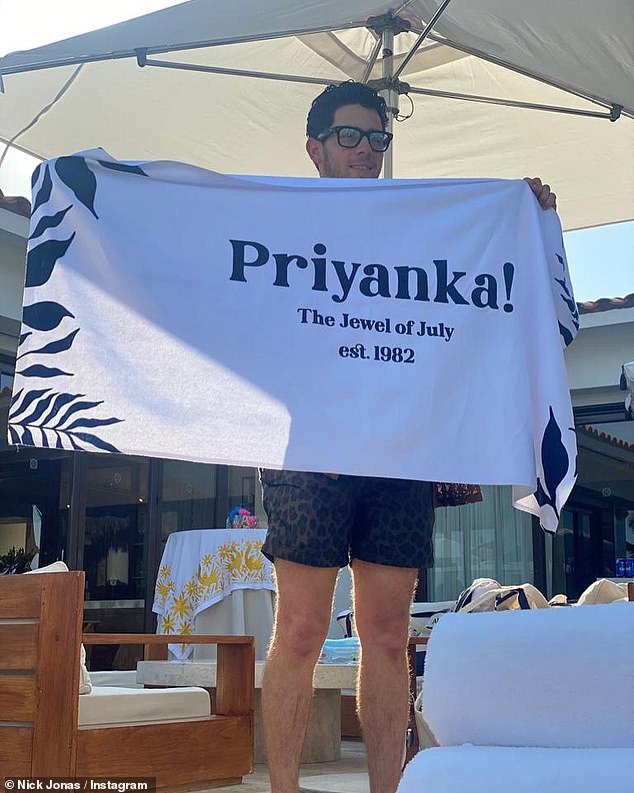 Proud husband: The Camp Rock actor shared a cute photo of him holding a beach towel with ‘Priyanka! The Jewel of July est. 1982’ printed on the front

To end his tribute, he shared a photo of the two standing close together, while enjoying a firework show on the beach.

The two had their arms wrapped around each other, as they captured a wonderful memory.

The couple have been talking since 2016, when Nick reached out to the actress on Twitter, according to Us Weekly. However, the two stars didn’t officially meet in person until a year later in 2017.

In 2018, the couple became engaged, and after quick wedding preparations, said, ‘I do,’ that same year. 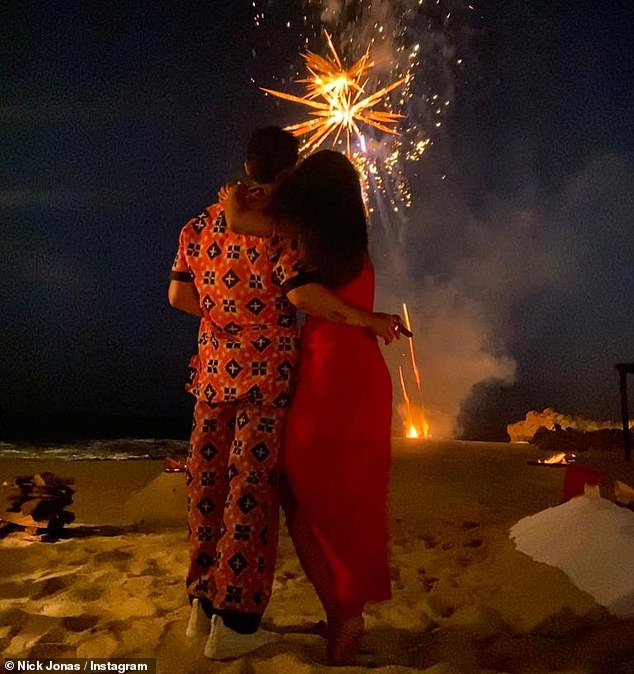 Wonderful memories: Nick and Priyanka can be seen snuggling close to each other as they watched a firework show on the beach 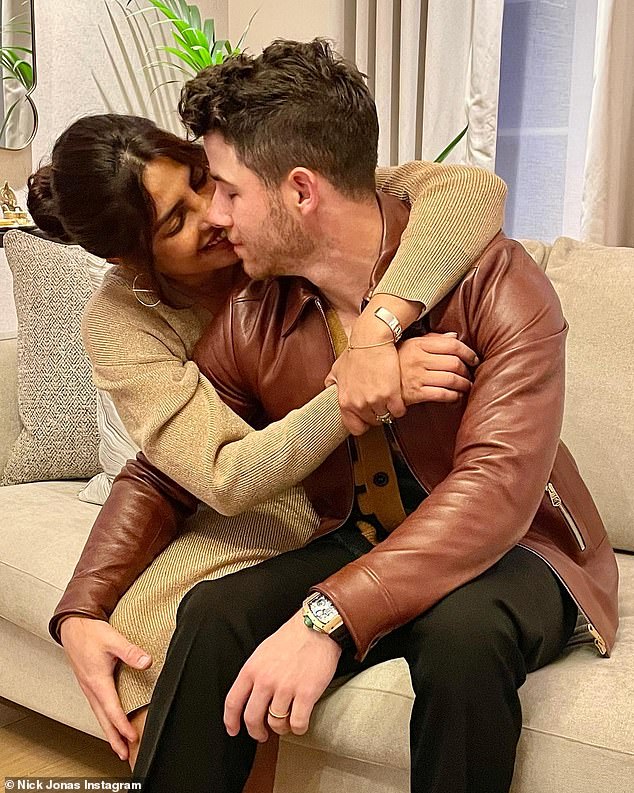 Whirlwind romance: The couple began officially dating in 2018, and became engaged shortly after, tying the knot that same year

During an interview with People, Nick opened up about his daughter, Malti, and the countless days she spent at the NICU.

Amid that stressful time, the Chains singer explained how his wife was a, ‘rock the whole time and continues to be. I’m grateful to have a teammate in Pri.’

According to the publication, the Baywatch star also looks up to Nick. ‘He’s an incredible son, brother, husband, friend and father. I don’t know how I got so lucky.’ 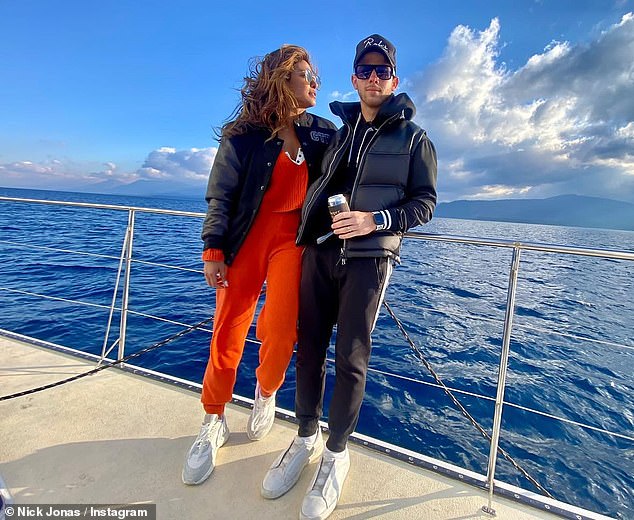 Lovely: The couple first started talking when Nick reached out to the actress and model over Twitter 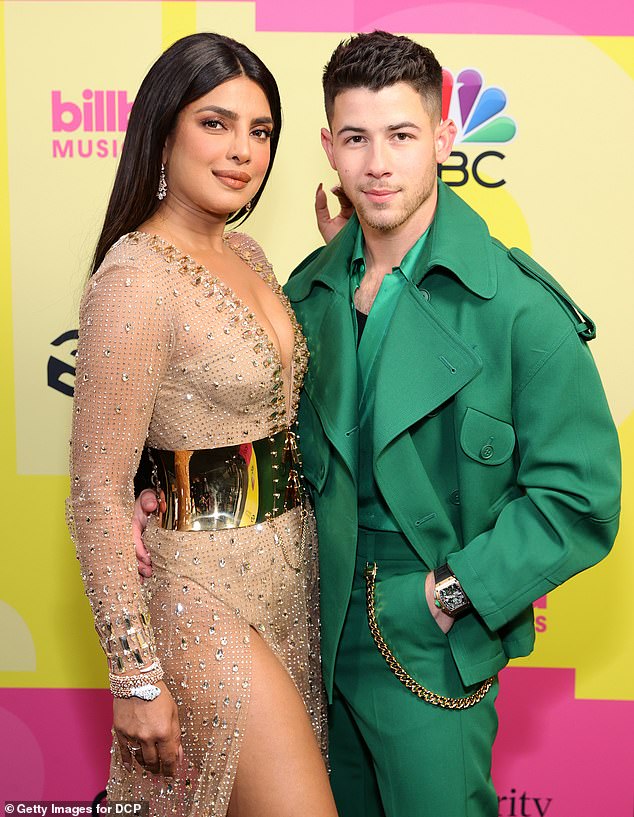 Fashionable duo: The two turn heads when they step out together, donning stylish outfits; pictured together at the 2021 Billboard Music Awards

Even after four years of marriage, the couple’s relationship and bond seems to still be going strong.

According to E! News, a source close to Nick and Priyanka confirmed that the two are doing well and enjoying life as parents.

‘They really are so in love, like they’re still in their honeymoon phase. It’s very cute and sweet,’ the insider stated. 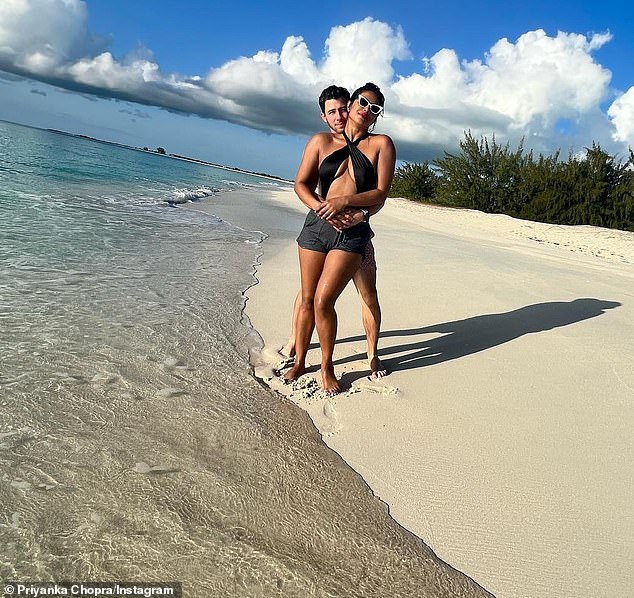 Still act like newlyweds: According to E! News, a source revealed that the couple are still in their ‘honeymoon phase’