A 91-year-old man determined to get his family’s missing dog back has put up a £15,000 reward – and now has a host of celebrities backing him.

The famous trio all shared his online post and Mr Scott’s call for help to find her has been seen by 1.5million people.

Mr Scott’s daughter Gill Keeley told the Northumberland Gazette: ‘He has been so upset about Flossie’s disappearance and recently asked if there was anything he could do to help, which led to the posts.

‘He’s so thrilled that his appeal has reached 1.5million people, which is 10 times more than any other post we have previously put out, and with the celebrity retweets. 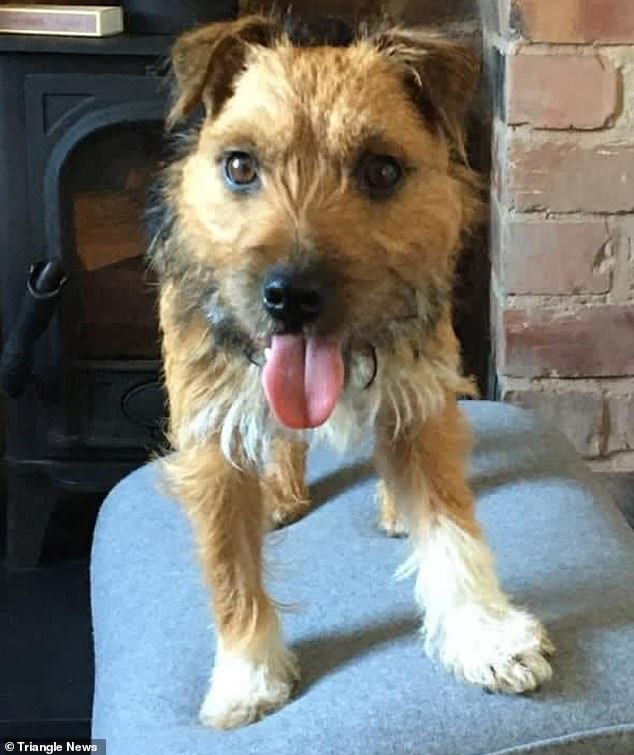 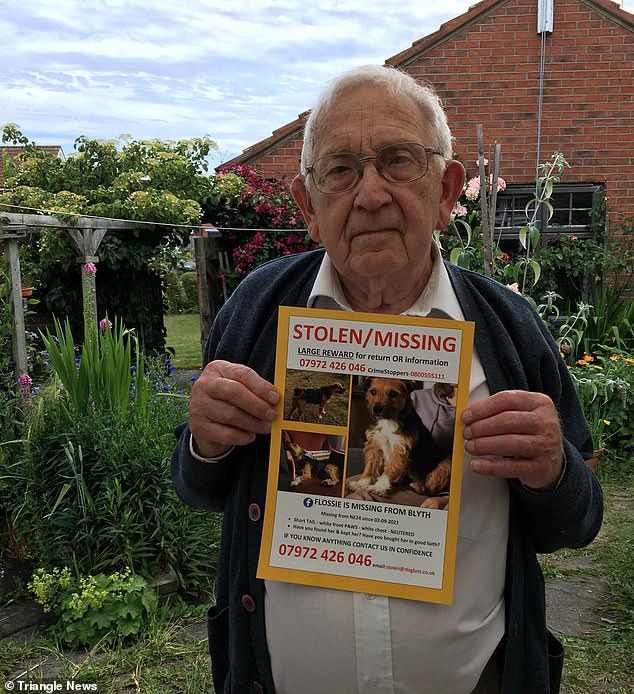 Mr Scott posed with the missing poster for Flossie offering a £15,000 reward 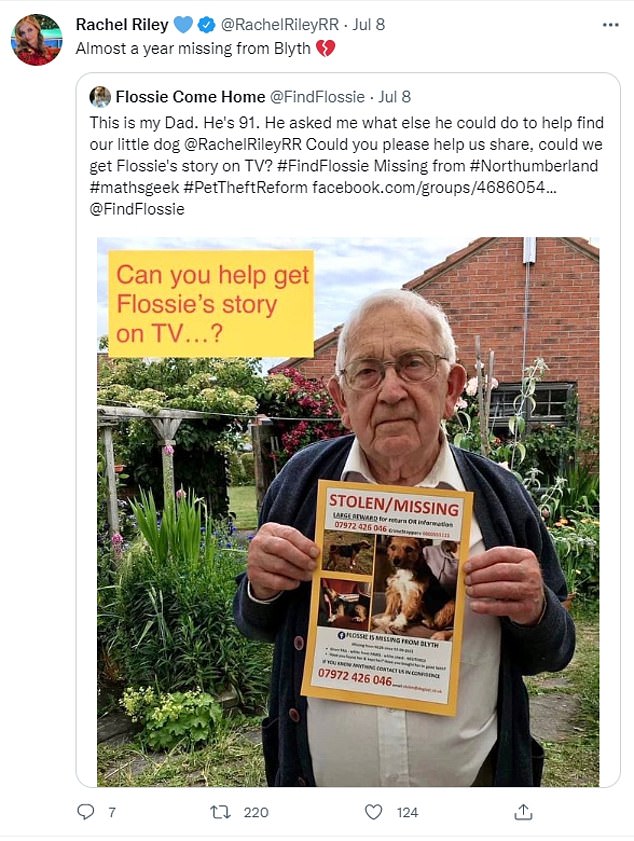 ‘His love for Flossie seems to have really touched people’s hearts.’

Flossie ran off while Mrs Keeley and her husband Nick took her for a walk on the sand dunes between Seaton Sluice and Blyth, Northumberland.

Ms Keeley said: ‘She walked off the path into bushes and we never saw her again. We had driven there, and were about 9 miles from home.

‘I was in a wheelchair as I had broken my leg a couple of weeks earlier. I don’t think there has been a single day when someone in this group hasn’t been doing something to find Flossie.’

In the ten months since the incident, the family have used endoscopes to search rabbit warrens in case Flossie became lost, as well as holding night vigils and search over the sand dunes.

After handing out hundreds of stickers, posters and flyers, the appeal in now reaching a larger audience. 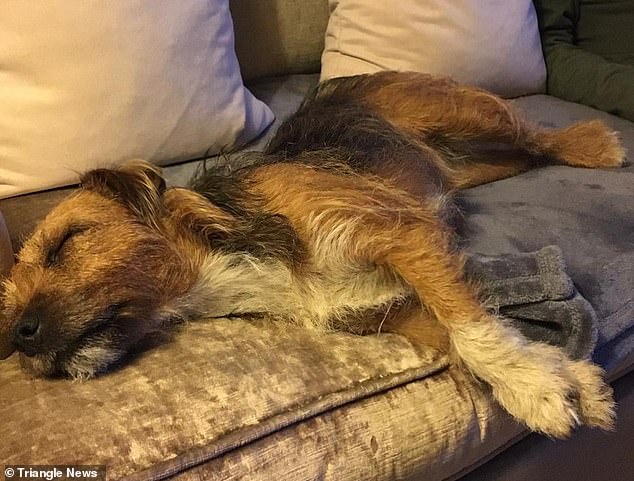 Mr Scott lives on his own and used to cherish seeing Flossie. Among her characteristics, she has distinctive white front paws. 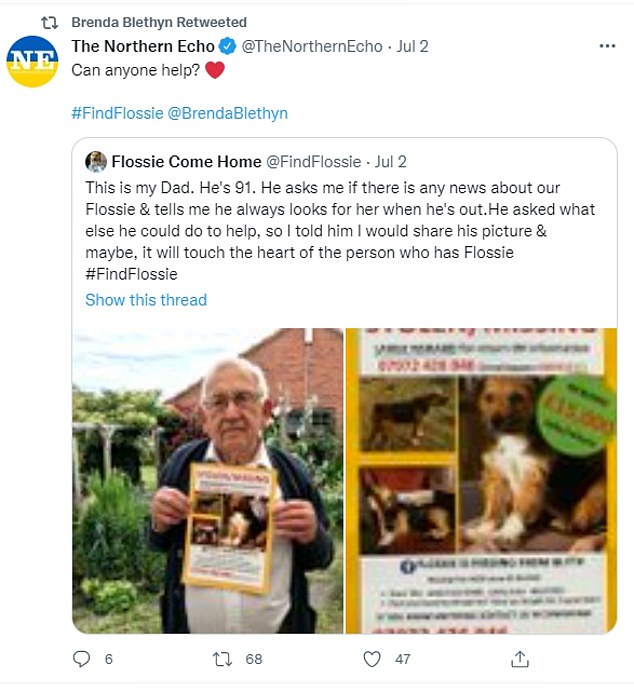 Actress Brenda Blethyn, whose crime TV series Vera is filmed in locations around the northeast, also retweeted the appeal

Ms Keeley added: ‘The loss of Flossie has broken my dad’s heart and he’s always asking if she’s back yet.

‘He used to come round with treats for her and he’s absolutely devastated not knowing where she’s gone.

‘My dad’s always has dogs and feels part of his life has been taken away when Flossie went missing.’

Mr Scott lives on his own and used to cherish seeing Flossie. Among her characteristics, she has distinctive white front paws.