Police have made two dramatic raids in a day of breakthroughs in the Sydney gangland war that has been marked by tit-for-tat executions of senior bikie figures from rival clans.

The Riot Squad and Raptor Squad combined to arrest a man, 41, at Oatley on Saturday as part of investigations into the murder of Rami Iskander.

The 23-year-old father and member of the Ahmad crime family was gunned down outside his home in Belmore on May 14. 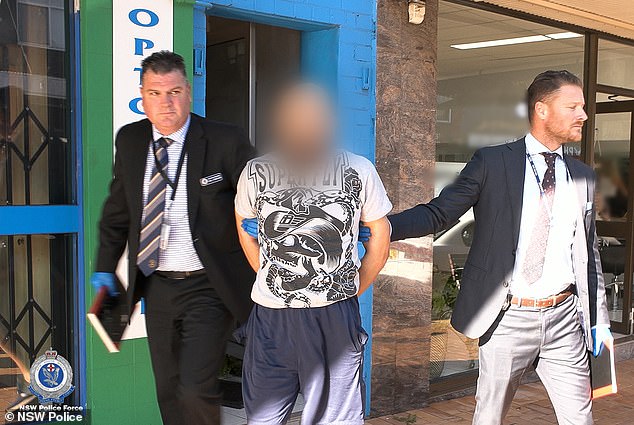 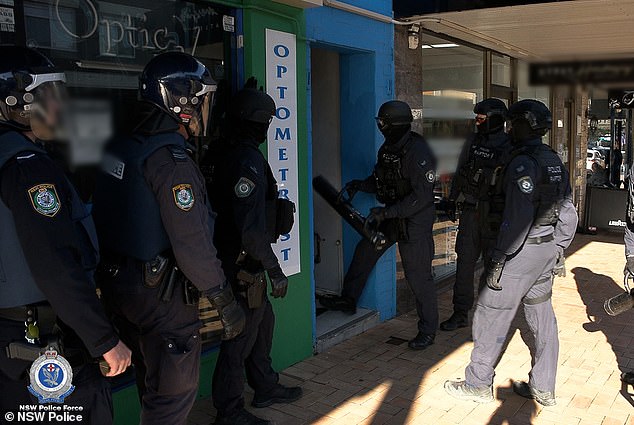 The Riot Squad and Raptor Squad combined to arrest a man, 41, at Oatley on Saturday as part of investigations into the murder of Ahmad crime family member Rami Iskander

Also on Saturday a 38-year-old woman was arrested at a home at Kyle Bay as part of the same investigation.

Both were taken to Kogarah police station.

The arrests are part of NSW Police ‘Taskforce Erebus’ investigations into several fatal shootings and criminal activities by organised crime networks across Sydney.

During the searches accompanying the two arrests on Saturday, police seized more than $500,000 cash and items relevant to the investigation. 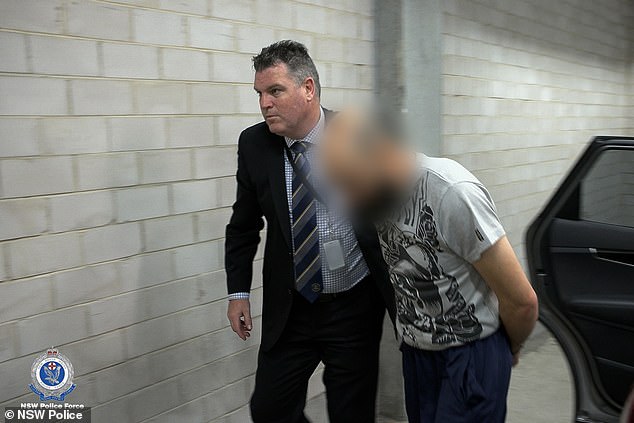 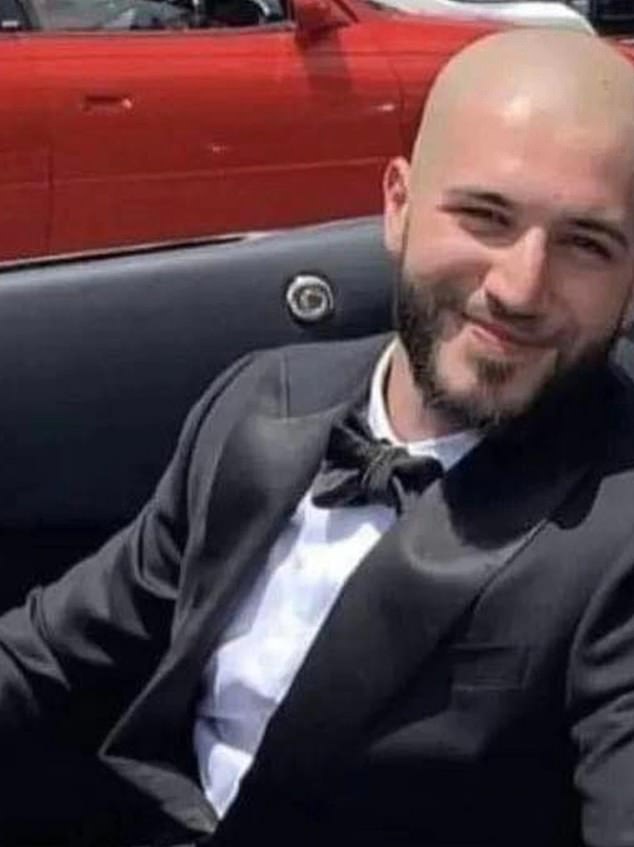 Four days later, Ahmad’s nephew Rami Iskander was shot and killed outside his home in Belmore

He is due to appear at Parramatta Bail Court on Sunday.

The woman was charged with knowingly deal with proceeds of crime; and participate in criminal group.

She was granted conditional bail to appear at Sutherland Local Court on 1 November.

Iskander, the nephew of Mahmoud ‘Brownie’ Ahmad, a leading figure in the Ahmad crime family, was shot several times around 4am outside his home on Knox Street at Belmore.

Ahmad was brutally killed on April 27, three weeks before his nephew.

Iskander’s death is believed to be a reprisal for the shooting of Comanchero heavyweight Tarek Zahed and his brother Omar outside an Auburn gym on May 10. 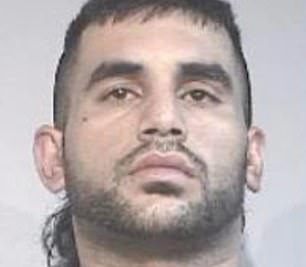 Mahmoud Ahmad was brutally killed on April 27, three weeks before his nephew

Tarek Zahed miraculously survived but Omar died on the scene.

In police documents, it was revealed it was ‘widely known’ Ahmad had a conflict with  Comanchero bikies before his death.

Several underworld figures were being extorted by Mahmoud Ahmad and the slain gangster is believed to have been behind a series of break-ins targeting their businesses.

It is understood Mahmoud Ahmad’s brother, Youssef, has asked to be released from jail.

He has been kept behind bars since his parole was revoked on August 5 and is expected to serve his sentence until June 2023.

Police allege Youssef wants to be released from jail so he can get ‘retaliation’ on those responsible for gunning down his brother. 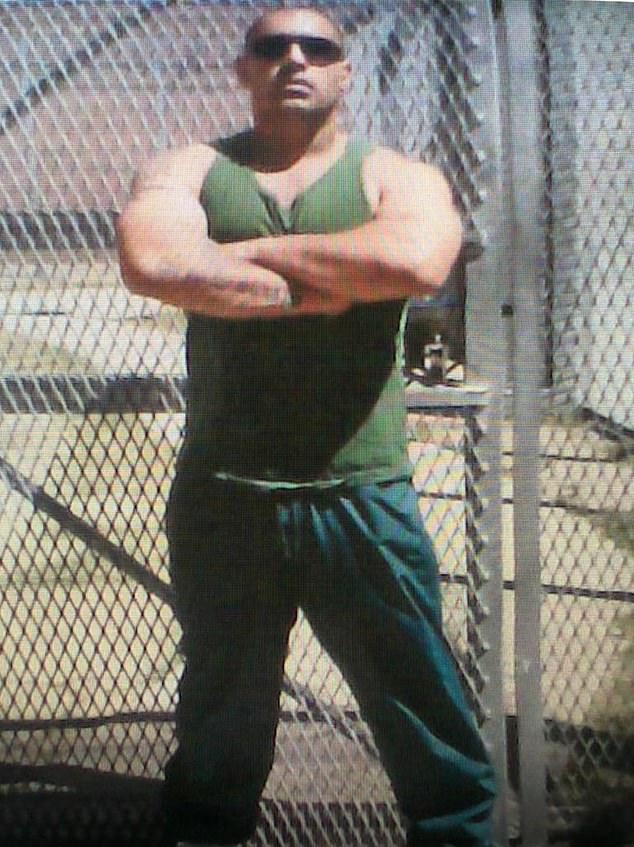 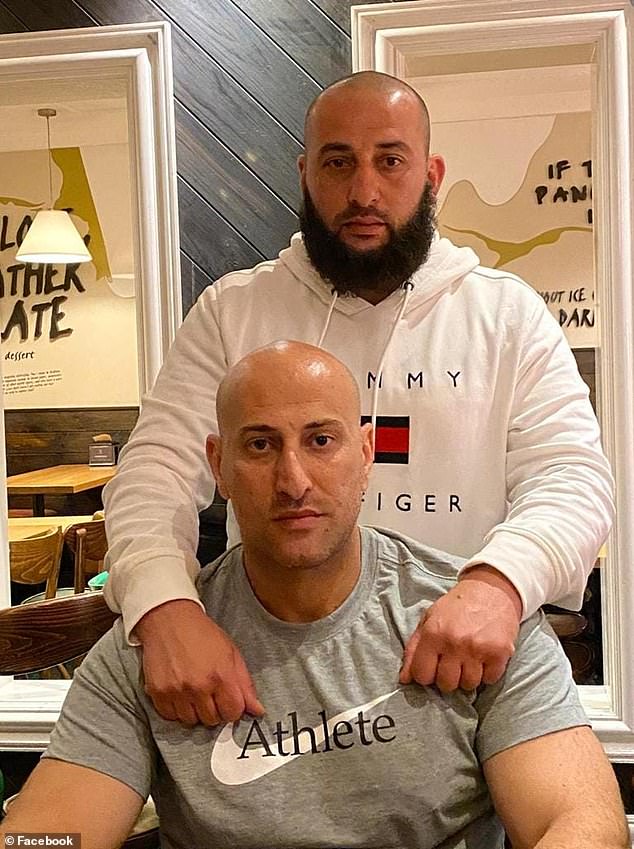 Takek Zahed (seated) and his brother Omar (standing) were gunned down outside a gym in Sydney’s west in May. Omar died as a result of the shooting

His legal team has disputed this and also argued he was not linked to the Ahmad gang and just shares a surname.

‘A nonviolent man with no evidence of violence … to now have put against him that he is planning multiple murders – that is a great leap,’ his barrister said.

Lawyers acting for the Attorney-General allege Youssef never denied being part of the Ahmad crime network and that his weapons convictions meant he ‘had the means’ to retaliate.

A police intelligence report noted Youssef is ‘at ­extreme risk of being murdered’.