By Sally Morris for the Daily Mail

The lockdowns proved that reading is the perfect way to spend time alone, but research shows that one in six adults in England has difficulties with l­iteracy, perhaps because they missed out at school or lack the confidence to tackle long books.

Which is why the Quick Reads series, published on April 14, is a wonderful way to introduce r­eluctant or time-pressed readers to top authors who have written short, easily digested stories that can be finished in one sitting.

Just £1 in supermarkets and shops, the books are around 100 pages long and cover romance, history and crime. Supported by the generosity of writer Jojo Moyes and the Reading Agency charity, they can also be borrowed from libraries. 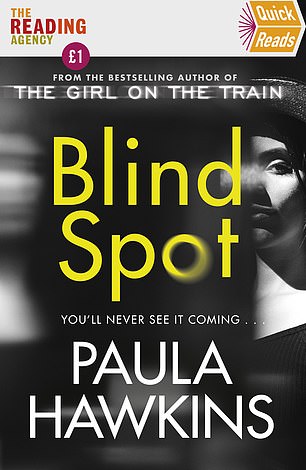 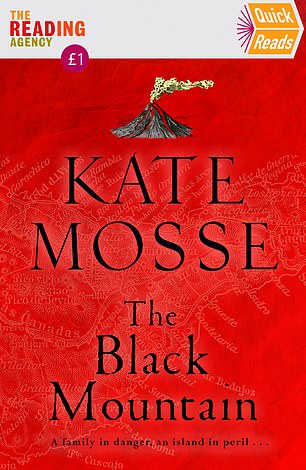 Maybe don’t read Blind Spot by Paula Hawkins (The Girl On The Train) before you go to bed, because the ruthless, twisty, revenge thriller in which Edie, a young widow, is forced to confront her past will have you double-checking the locks on your doors and windows.

Darker still is M.W. Craven’s The Cutting Season, in which his rulebreaking detective Washington Poe and his lightning-brain computer-expert sidekick Tilly Bradshaw take on the vicious London underworld — with a surprising twist in the tail.

Chat-show host and novelist Graham Norton makes use of his native Ireland’s coast as a setting for his mystery The Swimmer, in which a retired teacher witnesses a young man disappear beneath the waves in a tragic accident. Or is it?

The dangers of contemporary gang culture are confronted in Alex Wheatle’s powerful Witness. Troubled teenager Cornell becomes involved with a notorious local family, and when he unwillingly supports them against a rival, he finds his life changes for ever.

A volcanic eruption on Tenerife in 1706 provides the dramatic backdrop for Kate Mosse’s The Black Mountain. Ana suspects her father was murdered — but why and by whom? When the local volcano shudders, she faces a race against time to warn the islanders and solve the riddle of her father’s death

Ayisha Malik’s modern romances have emotional depth. In Sofia Khan And The Baby Blues we meet the twice-divorced Sofia, who is battling traditional Muslim family values as she tries to adopt a baby on her own while juggling what is best for everyone. Meanwhile, The Kiss by Santa Montefiore sees a night of passion come back to haunt the wealthy, successful Robert in the shape of an 18-year-old illegitimate d­aughter. She soon becomes part of the family — in more ways than you might think…

And if you didn’t catch it when it first came out, do not miss this abridged edition of poet Lemn Sissay’s My Name Is Why, a heartbreaking, brutally honest account of how he was taken from his Ethiopian mother and raised in a deceitful and cruel care system that deprived him of the truth about his identity.