Is there anyone who has a good word to say about wasps? They build sinister white nests in our attics and sheds, have a ferocious sting and ruin summer picnics.

While we love gentle, productive bees and fret about their declining numbers, hardly anybody likes a wasp. 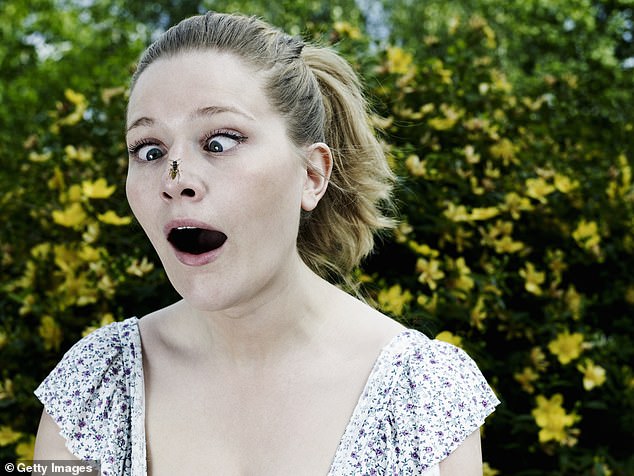 Seirian Sumner, professor of behavioural ecology at UCL loves wasps. There are at least 100,000 known species of wasps (compared to 22,000 bees)

Far from being a pointless pest, she says, they are ‘one of nature’s most secret and neglected gems’, insects with a fascinating social structure including ‘rebellions and policing, monarchies, leadership contests…’

The most ubiquitous wasp is that picnic pest, the yellowjacket wasp Vespula vulgaris — ‘the most despised insect across the globe’, according to Sumner — but there are at least 100,000 known species of wasps (compared with 22,000 species of bees) and probably several million more which have yet to be classified.

All bees evolved from wasps: at some point, around 124 million years ago, the first bees stopped being carnivorous and switched to feeding on pollen and nectar rather than on other insects.

But whereas the value of bees as crop pollinators has been put at £277billion a year, no one has yet calculated the value of wasps to the world economy. Wasps are predators rather than pollinators, and much of their potential worth is due to their voracious consumption of insects. They are nature’s pest controllers. 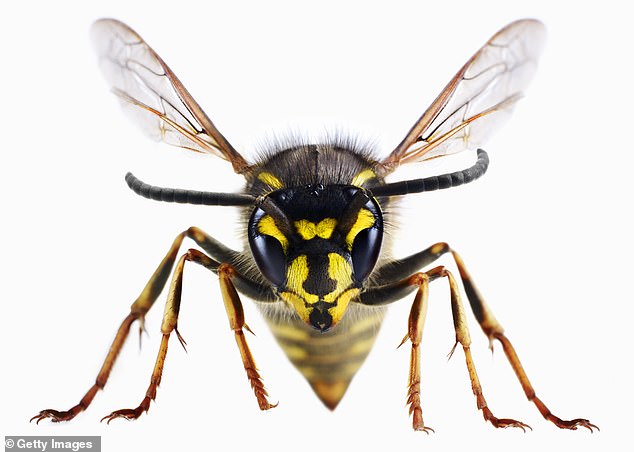 Indeed, without wasps we might be overrun by other insects. In Hawaii, an experiment to remove wasp nests led to a rapid increase in the number of spiders and caterpillars.

When the cassava crop in Asia and Africa was attacked by the mealybug, it was saved by the introduction of a wasp which gobbled up the bugs.

Closer to home, tiny wasps are now used in the fight against the moths munching their way through our cashmere jumpers. These wasps are so small you won’t notice they’re there and once the moths have been eaten, the wasps disappear.

We may also have wasps to thank for the invention of paper.

Chinese legend has it that wasps — who chew wood pulp and smooth the result into wafer-thin sheets to build their nests — were the inspiration for the development of wood-based paper during the Han dynasty. Even the wasp’s dreaded sting has its uses. Components of the venom are now widely used to treat inflammatory diseases such as rheumatoid arthritis and may even prove effective in the treatment of tumours.

One of the best sections of the book is Sumner’s account of the fieldwork she has carried out in her quest to understand wasps.

In an abandoned building in Panama she was elated to find herself in ‘wasp mecca. . . a citadel of nests, over 30 in the first room and countless more beyond’.

Months studying these tropical wasps, ‘almost two centimetres in length with a monster sting to match’, left her with a new appreciation for the social structure of their colonies, whose constant jostling for position reminded her of Game Of Thrones. Charles Darwin disliked one type of parasitic wasp so much it made him question the omnipotence of God. Yet ­Darwin’s neighbour, the naturalist Sir John Lubbock, spent ten years assessing the intelligence of wasps in his sitting room.

He would hand-feed them honey and patiently note how long it took each of them to return for more.

There’s no word on how many times he got stung, but his conclusion was that yellowjacket wasps were cleverer than bees. Sumner is an exuberant guide to the world of wasps and may even persuade you not to whack the next one you find in your kitchen.