More than 2000 hardy souls have bared all for a midwinter dip in Hobart, marking the shortest day of the year.

Among the crowd was 59-year-old Pam, who took a maiden naked plunge a week out from her birthday alongside fellow first-timers Richard, Peter and Glenda.

‘It was a really unique experience. You let go of all your fears, everything, and just go in,’ the southern Tasmania resident said 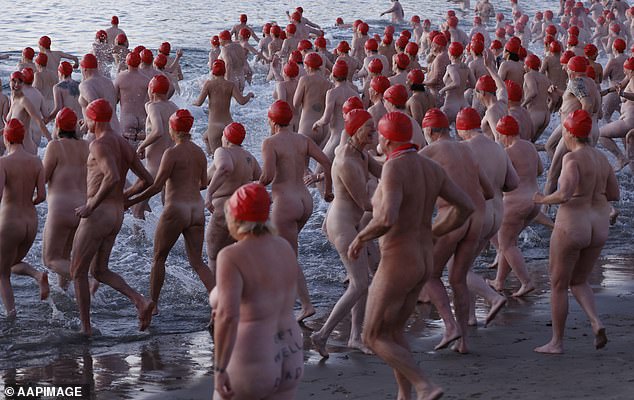 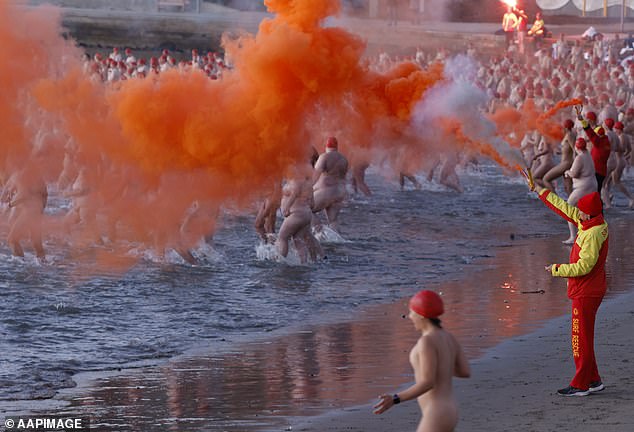 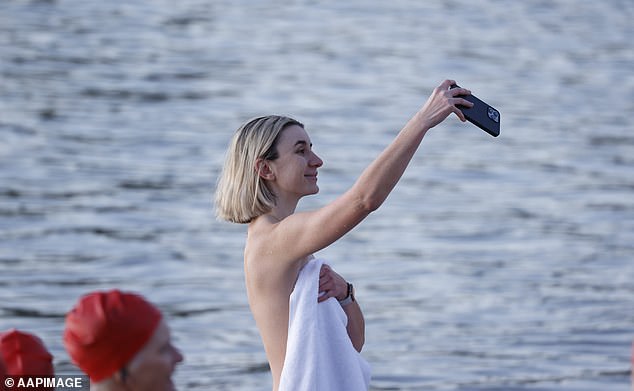 Participants have described the event (pictured) like a ‘baptism’, where you will come out a new person at the annual event

‘A friend told me it’s like a baptism. You’ll go in the old you and you’ll come out the new you. That’s sort of how it feels.’

The group enjoyed a nip of whisky and herbal tea on shore after earlier being part of the masses that entered the River Derwent at the 7.42am sunrise.

The swim, a symbolic act of purification marking the winter solstice and end of the Dark Mofo winter festival, first began with 230 participants in 2013.

The air temperature was below 5C and the water in the low teens.

‘It took me back 60-plus years to when I was a kid in England. Just the same, freezing cold, but you feel so good afterwards,’ Peter, 73, said.

Glenda, 66, who travelled from the Sunshine Coast in Queensland, said the water wasn’t as cold as she anticipated.

‘The adrenaline is running. You feel so good about just being able to drop your gear and get in the water,’ she said.

‘You’d think you’d be uncomfortable, but you’re not.’

Daniel Clifford and Melissa Stretch from Brisbane and Perth respectively were glad they overcame some early morning jitters.

‘It was colder than I thought it would be. We were both on the fence this morning when we woke up,’ Melissa said.

Dark Mofo returned to a two-week festival this year after being called off in 2020 due to the pandemic and running over a condensed period in 2021. 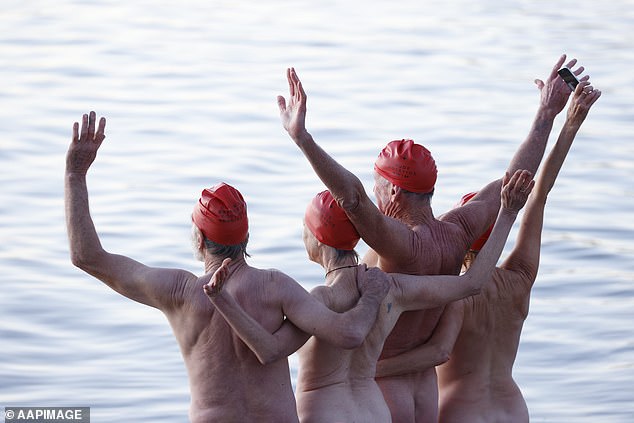 The two-week festival celebrated its end with a bang after being called off in 2020 because of the pandemic, and having a limited run last year