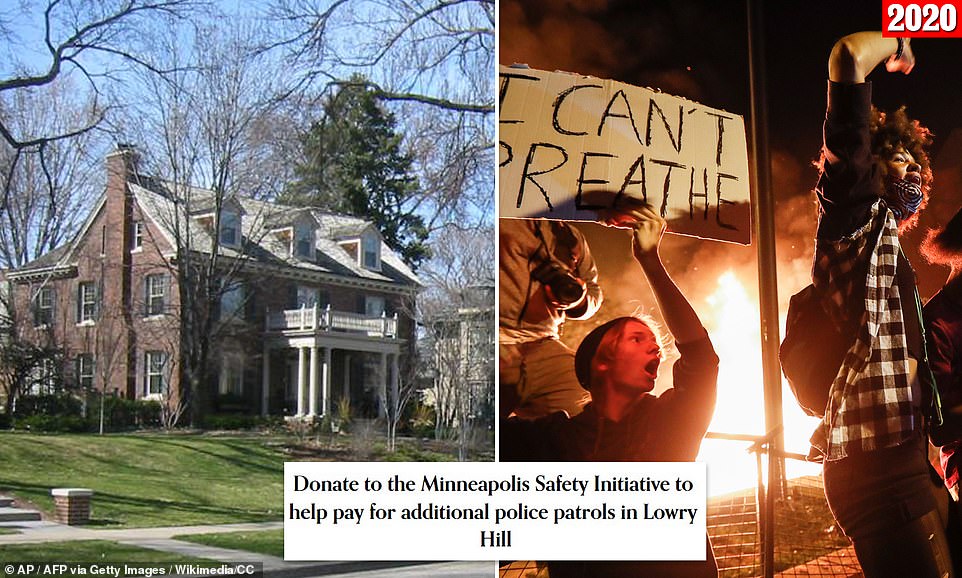 A wealthy Minneapolis neighborhood crowdfunded $210,000 to pay the city’s police department for extra officer patrols amid a skyrocketing crime surge. Extra patrols were dispatched to Lowry Hill, where more than 40 percent of residents earn six figures, after the community raised funds to pay cops $107 for each hour of overtime they worked. The community requested additional police presence after Minneapolis saw increased violence and criminal activity after an outcry over George Floyd ‘s murder prompted the woke city council to cut $1 million from the police department. 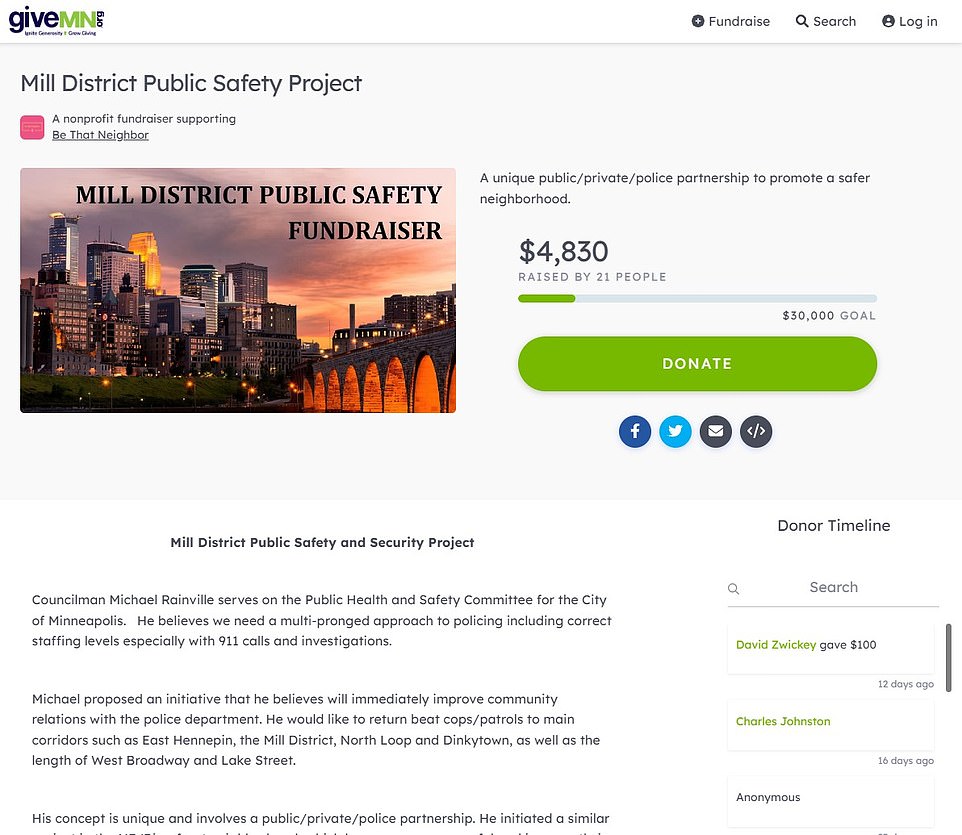 Despite the budget cut in 2020, the Minneapolis Police Department currently operates on a $196 million budget – about $3 million more than two years ago. The Minneapolis Safety Initiative, a resident-created nonprofit crowdfunding for additional police patrols, calls the program a ‘temporary measure to address the current crime wave while MPD continues to rebuild to full staffing levels.’ Residents are encouraged to donate $220 monthly, for six months, in order for the initiative to have its ‘desired impact.’ 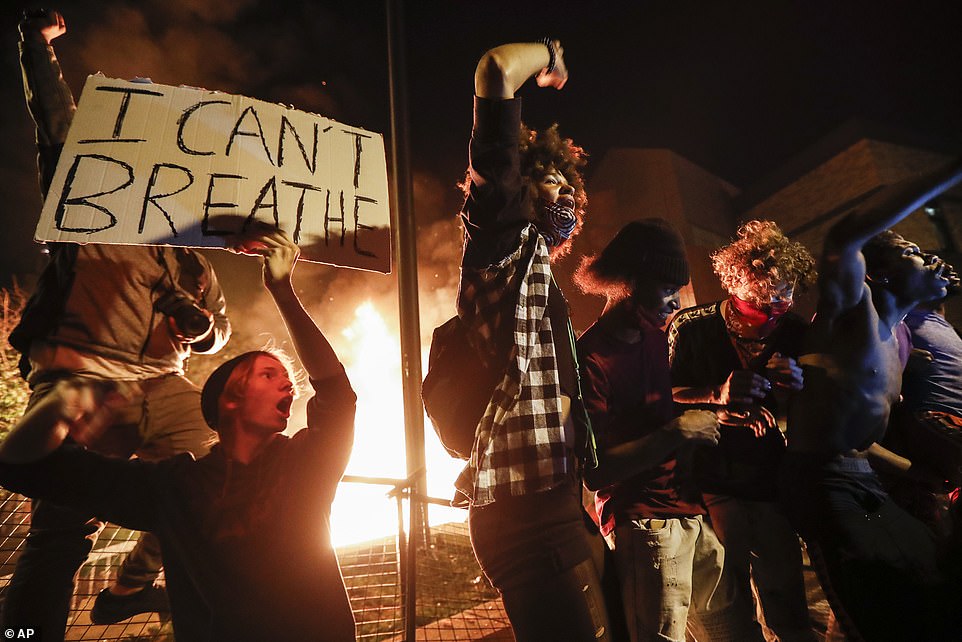 Lowry Hill secured a contract with the city earlier this year, allocating $210,000 to fund an extra police presence in the area from January 17 through December 31. Officials say the initiative – known as a buyback – will continue ‘as long as there is a need for additional patrols and support from neighbors to deploy them.’ The money provided through the Minneapolis Safety Initiative is used to cover officers’ overtime pay for the requested patrols, MinnPost reported. It is unclear how frequently the additional patrols will take place, but the nonprofit’s website alleges a $110 donation will buy one additional hour of police time. Pictured: Protesters demonstrate outside of a burning Minneapolis 3rd Police Precinct in Minneapolis in May 2020. 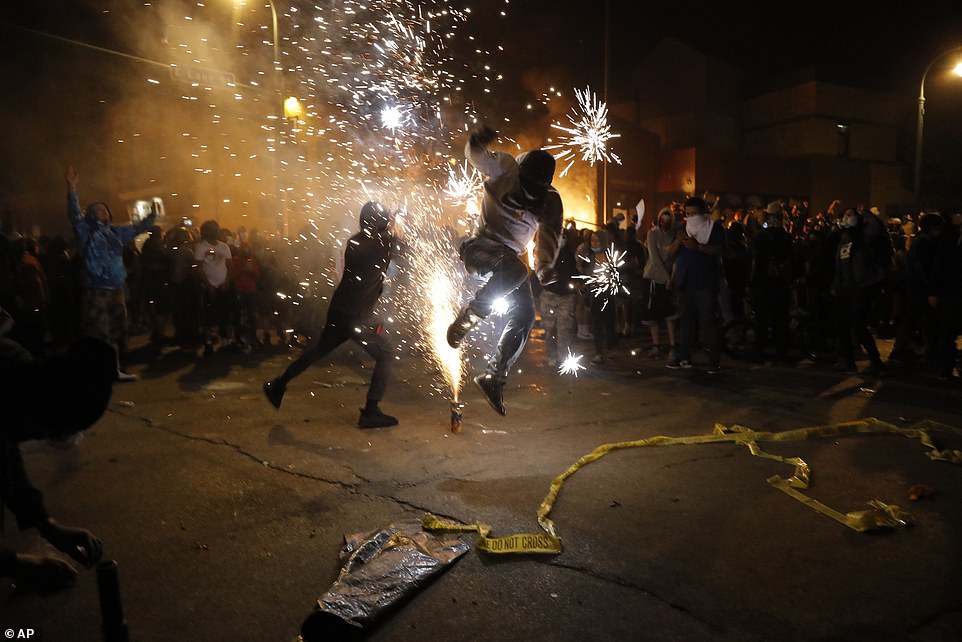 Lowry Hill secured a contract with the city earlier this year, allocating $210,000 to fund an extra police presence in the area from January 17 through December 31. Officials say the initiative – known as a buyback – will continue ‘as long as there is a need for additional patrols and support from neighbors to deploy them.’ The money provided through the Minneapolis Safety Initiative is used to cover officers’ overtime pay for the requested patrols, MinnPost reported. It is unclear how frequently the additional patrols will take place, but the nonprofit’s website alleges a $110 donation will buy one additional hour of police time. 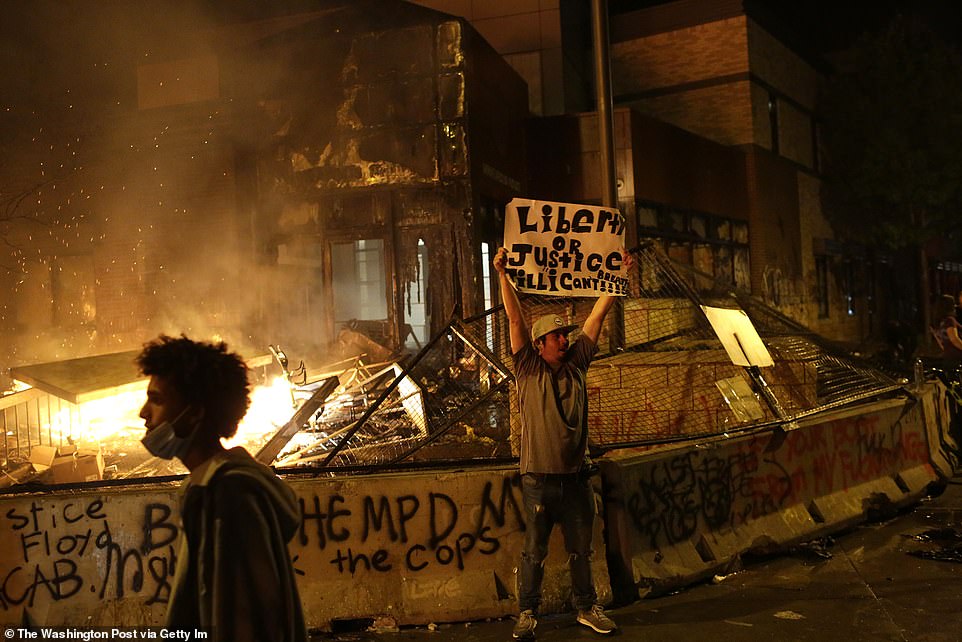 ‘We ask that you plan to contribute for at least 6 months to give enough time to evaluate the initiative’s impact,’ the nonprofit’s website states. ‘To determine the appropriate program length, we will evaluate data and consult with program participants within 6 months of program start.’ A similar program was launched in by the Downtown Minneapolis Neighborhood, Association which is raising funds to have additional police presence in the Mill District downtown. That fundraiser, which is not an official agreement with the city, seeks to pay one off-duty cop to patrol the area Thursday to Sunday from 6pm to 10pm. The initiative would run until September 4, but it is unclear how successful the effort has been as the community has only raised $4,800 of its $30,000 goal. 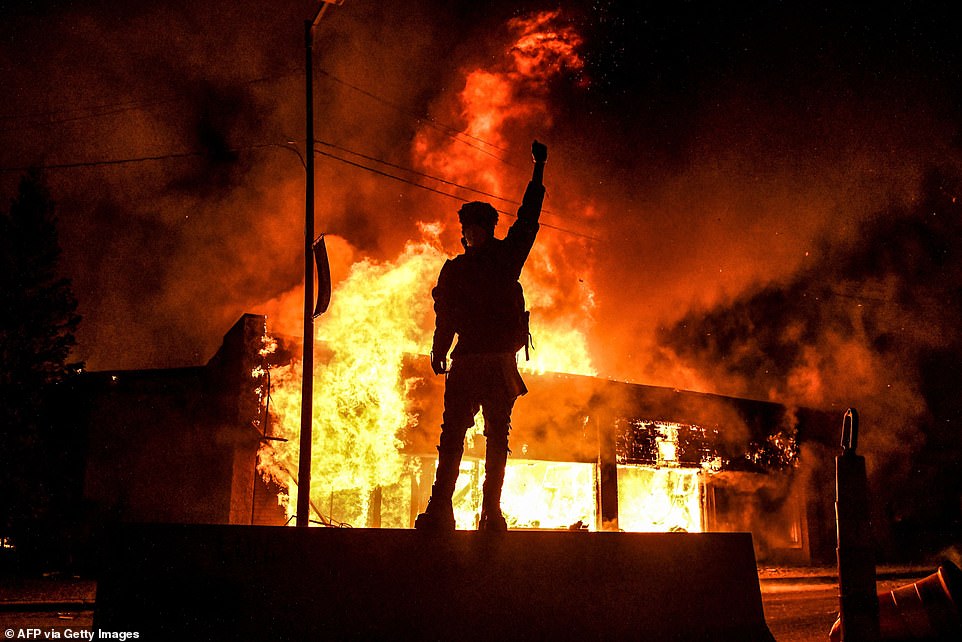 Residents began crowdfunding for additional patrols as the city experiences an 18.5 percent increase in overall crime, as well as a police officer shortage. Minneapolis police saw a large cop exodus in the last two years due to retirements, resignations and disability leaves following Floyd’s death. The black man was killed on May 25 when then-cop Derek Chauvin kneeled on his neck. The department had 564 active officers as of last month – still nearly 200 less than the charter-mandated 731, which was based on the city’s census data. The police department says the buyback program will help police target crime trends and hotspots, but critics allege it’s ‘inequitable’ to those in poorer communities. 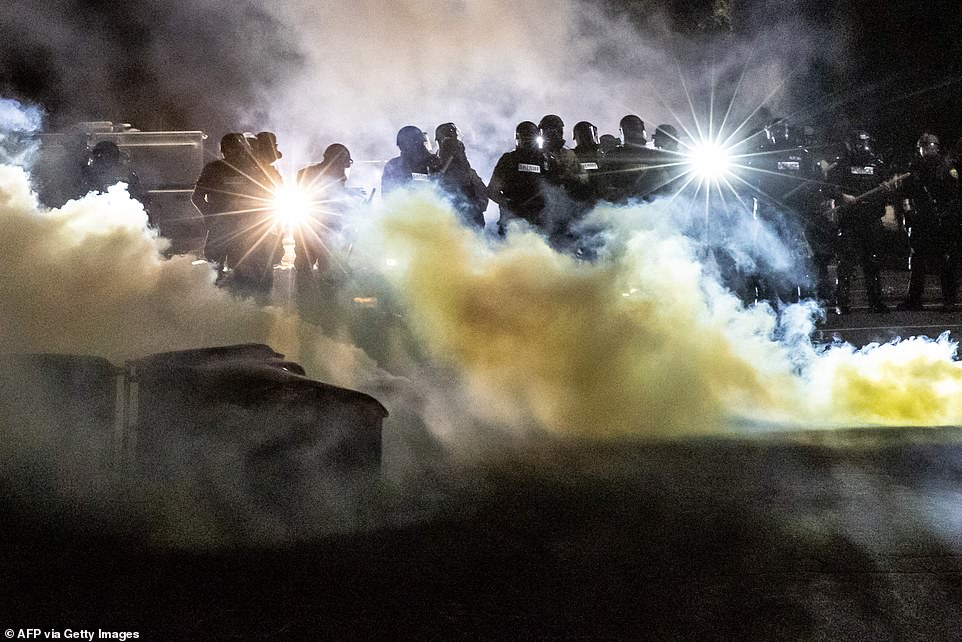 ‘I don’t believe safety should be measured or administered based on the economic tax bracket that you’re in,’ AJ Awed, an executive director of neighborhood group the Cedar Riverside Community Council, told MinnPost. ‘When it comes to your safety, I don’t think money should be an object but unfortunately that seems to be the reality of the situation.’ Ward 1 Councilmember Elliott Payne echoed the concerns, saying: ‘I’m of the opinion that everyone who’s a taxpayer should get equal service and I’m not comfortable with wealthier neighborhoods pooling resources to get superior service.’ ‘I would rather see this be managed more equitably as part of a comprehensive staffing model that is driven by actual needs of neighborhoods, not necessarily just the resources of one neighborhood versus another.’ Payne also slammed the department’s ‘consistent drumbeat of the staff shortage,’ alleging it is ‘really hard to hear’ when officers have ‘enough open capacity to do these additional patrols.’ 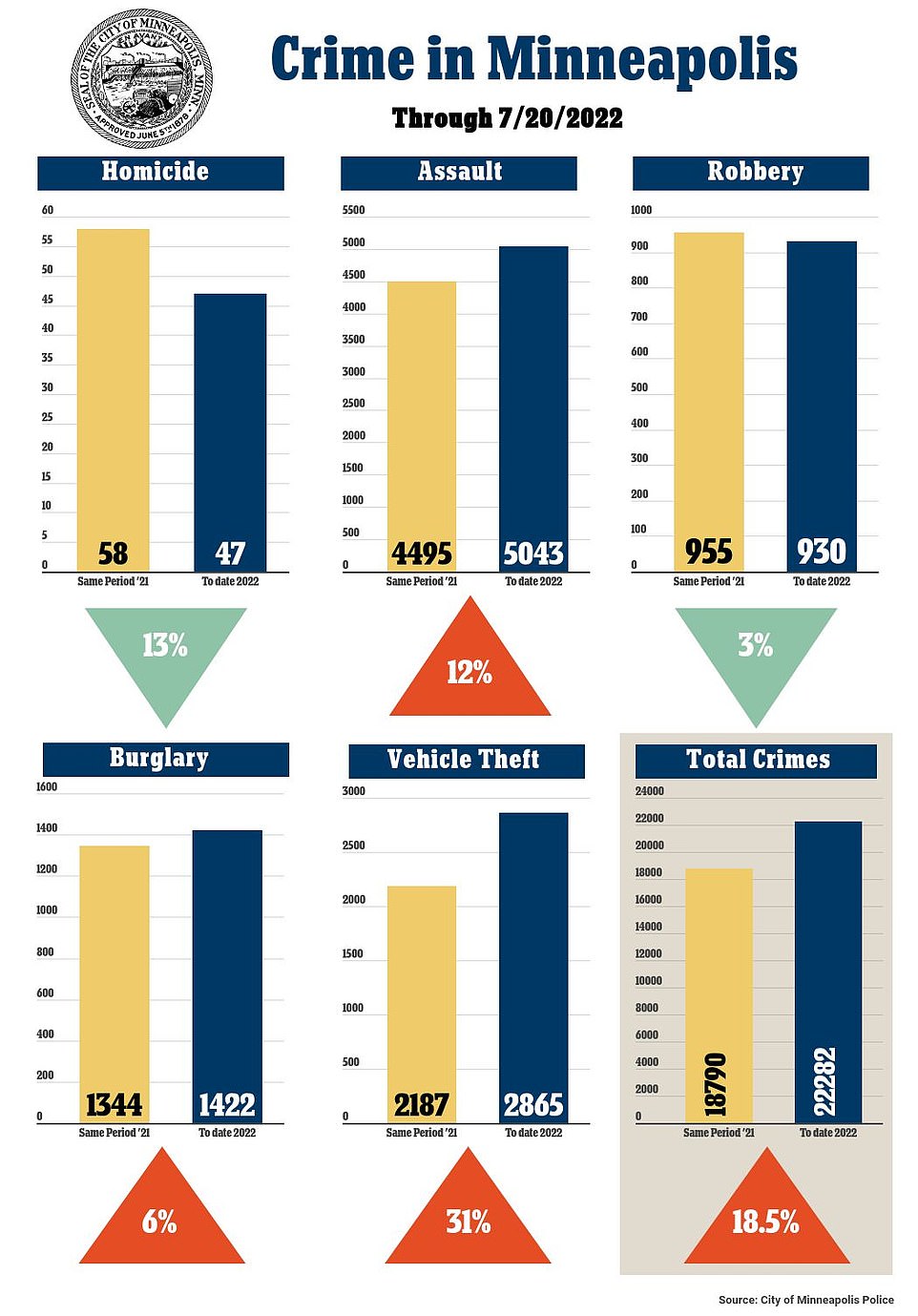 Minneapolis City Council pledged to ‘end policing as we know it’ in July 2020, amid calls from violent protesters to defund the police. The council cut $1.1 million from the city’s policing budget with plans to reallocate the money to the city health department to fund civilian violence interrupters who would mediate conflicts. The council announced their pledge amid the Floyd-fueled protests, an apparent attempt to support angry residents, but have since admitted it ‘created confusion in the community.’ Councilor Andrew Johnson told The New York Times last year that the promise to end policing was meant ‘in spirit.’ 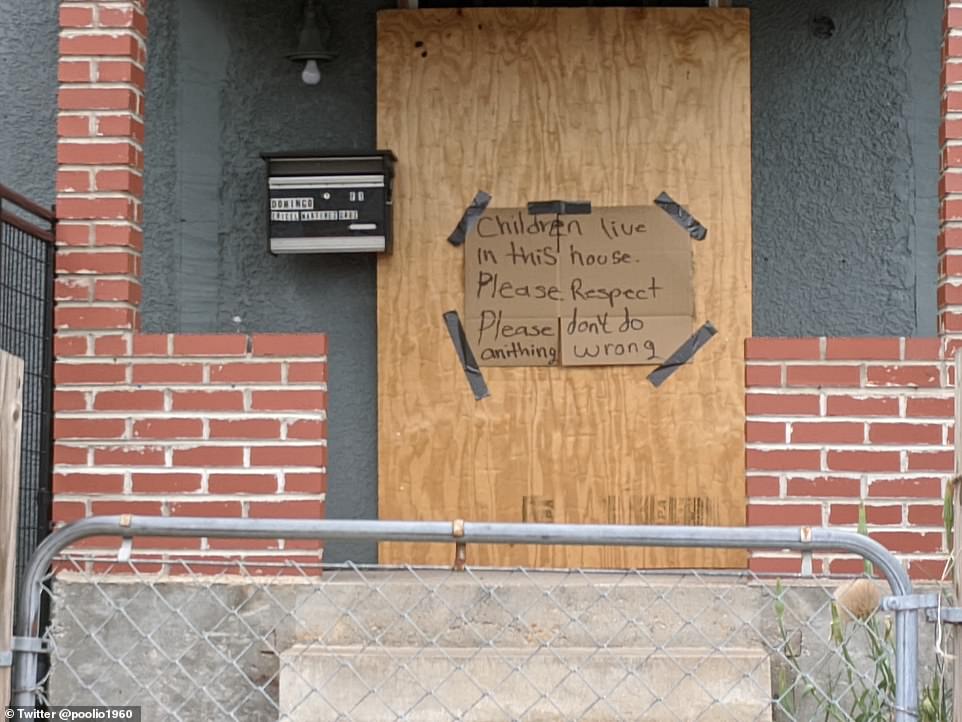 Councilor Phillipe Cunningham argued the pledge’s language was ‘up for interpretation’ and that soon after the promise was made, it became ‘very clear that most [council members] had interpreted that language differently.’ ‘I think our pledge created confusion in the community and in our wards,’ echoed council president Lisa Bender. Similarly, in November 2021, Minneapolis voters rejected a proposal to replace the city’s police department with a new Department of Public Safety, an idea that supporters had hoped would bring radical change to policing in the city. The proposal would have changed the city charter to remove a requirement to have a police department with a minimum number of officers. Supporters said a complete overhaul of policing was necessary to stop police violence. Opponents said the proposal had no concrete plan for how to move forward and warned it would leave some communities already affected by violence more vulnerable as crime is on the rise. Additionally, federal COVID-19 relief aid bolstered city officials’ ability to slowly add money back into the police budget, after having trimmed it down in 2020. The budget, which was at $193 million at the time of the $1.1 million slashing, has now exceeded 2020 levels. Minneapolis police are currently operating on a roughly $196 million budget. Amelia Cruver, the city’s budget director, told The Star Tribune several factors played into the increased police budget, including the officer shortage. ‘We are always budgeting with an eye toward what our legal requirements are,’ she said. ‘We’re funding the number of officers, as required.’ The Minneapolis Police Department spent about $169.6 million last year, even though it was authorized for about $180 million. Pictured: The Lowry Hill neighborhood in Minneapolis.