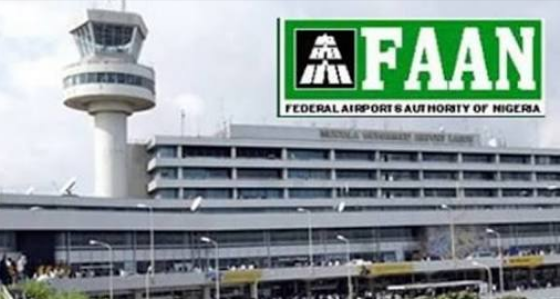 A systematic but well-orchestrated scam by staff of the Federal Airports Authority of Nigeria (FAAN) staff at the toll gate between the local & international airports in Lagos has been uncovered by a vigilant motorist who nearly fell victim to the fraud.

In a mail, a copy of which www.naijasuperfans.com saw, the motorist described the elaborate scam which would have robbed the government of much needed revenue for as long as it had been going on.

Read the mail below: 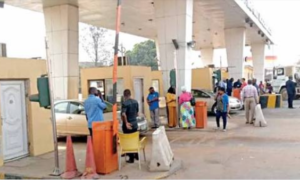 FRAUD ALERT TO FAAN AT THE LAGOS AIRPORT TOLL GATE

Some of the Federal Airports Authority of Nigeria (FAAN) staff at the toll gate between the local & international airports in Lagos are thieves.

When I noticed the fraud, I immediately reversed my car and insisted on being issued with a correct receipt which now read 8.40am. 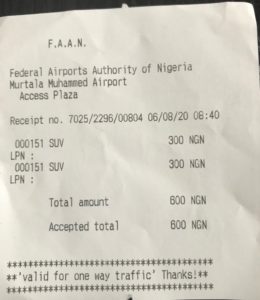 How was I able to pass through the toll gate in the first place? Well, I observed that the electronic barrier which should drop and lift as each paying vehicle passed through was locked in a permanently lifted position. With that, my payment was originally not fed into the computer so the attendants didn’t generate a receipt for me. Every vehicle passing through while the barrier remained lifted was similarly not captured nor receipted. Therefore, all the payments by such vehicle owners went into the pockets of the thieving attendants and their collaborators. That is how the FAAN staff perpetrate their fraud.

It’s simply unimaginable how many vehicles these unscrupulous staff rob like that EVERYDAY at this very busy toll gate. It’s a big scandal! 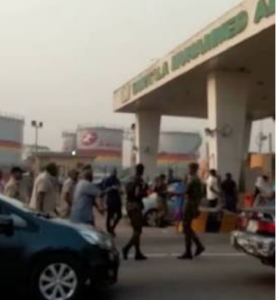 What should be done?
1. FAAN should probe the attendants at the toll gate immediately. The two guys who tried to rob me were manning the first gate to the left outward to the international airport. (I should mention that on my earlier journey inward to the local airport at 8.01am, the staff manning that gate had their electronic barrier in operation and I was issued with a correct receipt at once).

2. Motorists driving through the airport toll gate or any other toll gate for that matter, should always collect their receipt of payment so that such receipt could not be used to defraud another motorist. If the original owner of the 8.10am receipt had collected it, the FAAN attendants would not have been able to use it to try and defraud me.

3. After collecting your toll gate receipt, spare a few seconds to CHECK the time on the receipt. If it doesn’t correspond to the time you were driving through, reject it and DEMAND for your correct receipt like I did.

4. It’s our collective responsibility to ACTIVELY fight corruption in Nigeria. It’s not enough just to complain about it. Let’s play our part where we can.