It is otherwise known as Champions League Positional Awards. They are given in recognition of exceptional performances by players in the Goalkeeping, Defensive, Midfield and Forward positions after the conclusion of each tournament.

The awards began in the 2016/2017 season and the likes of Frenkie De Jong, Alison Becker and Virgil Van Dijk emerge winners for the first time last year.

The 2019/2020 Europa League Player of the Year will be announced a day after.

Here are the nominees for different positions; 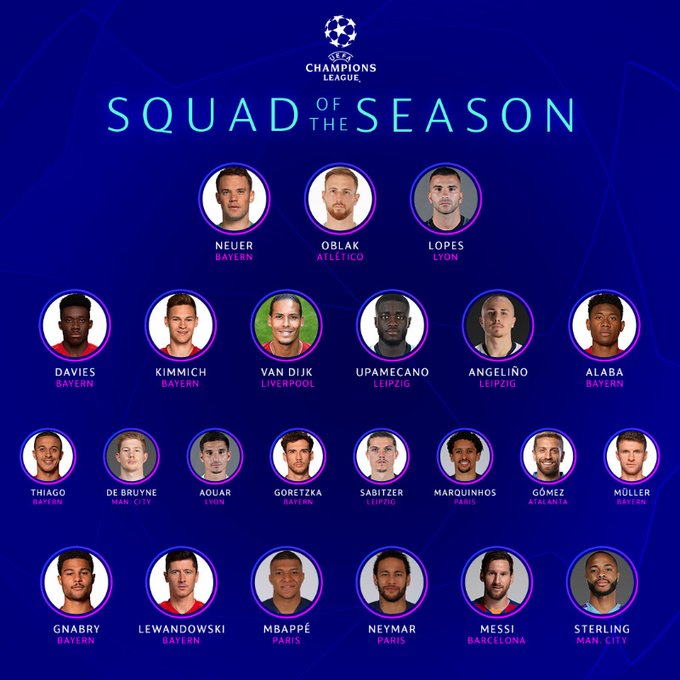 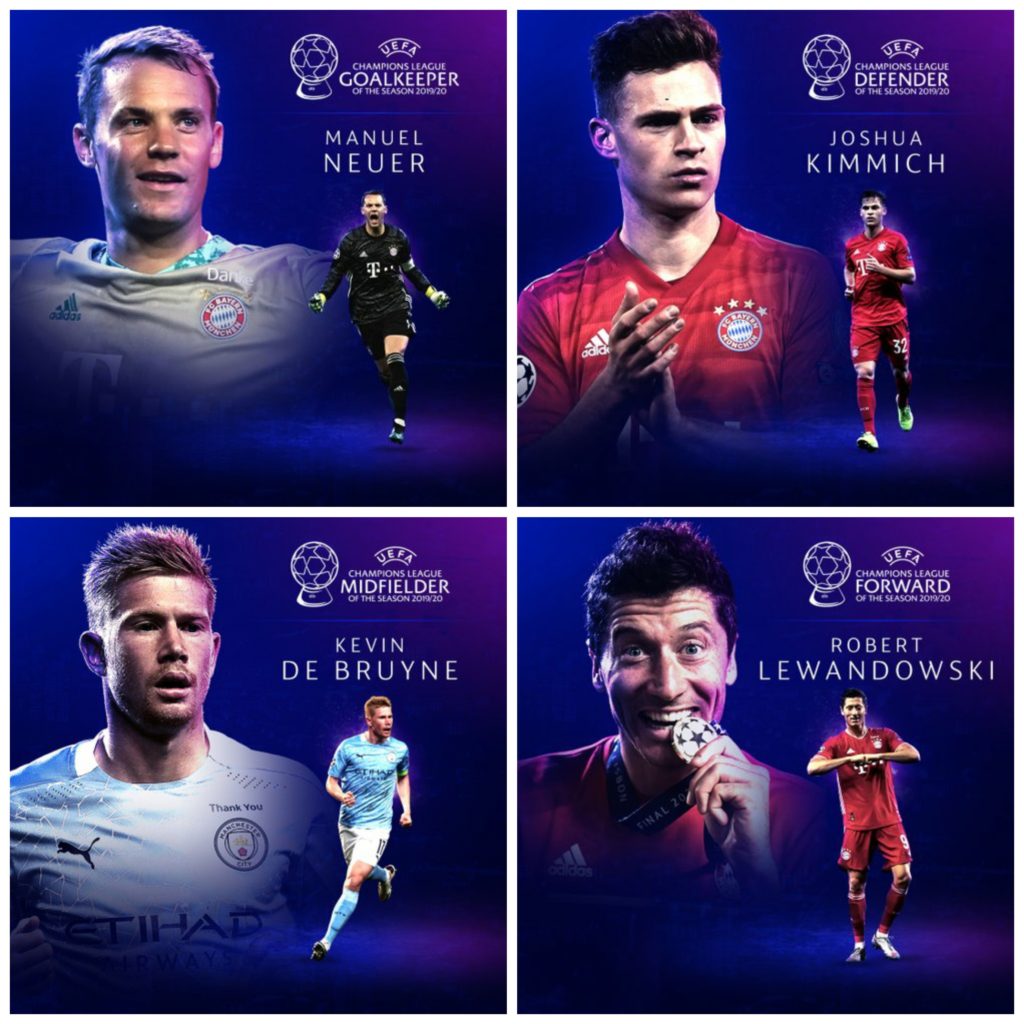 UEFA has announced the respective winners of the 2019/2020 season of the Champions League a few minutes ago. The winners were announced in Nyon, Switzerland… 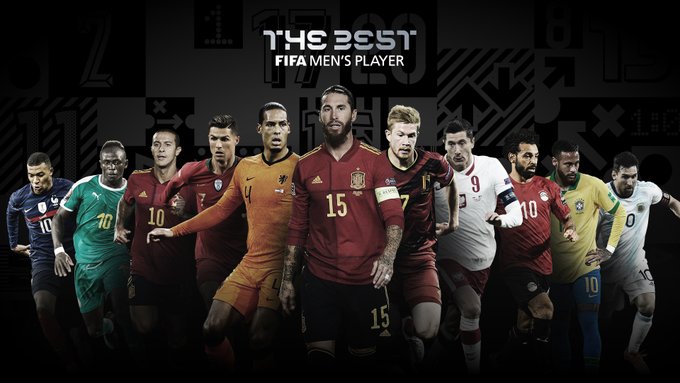 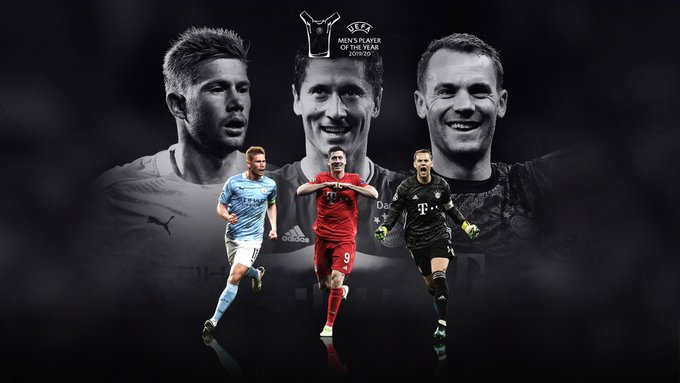 Ronaldo, Messi missing from UEFA Men’s Player of the Year nominees (video) For the first time in 10 years Cristiano Ronaldo and Lionel Messi are…